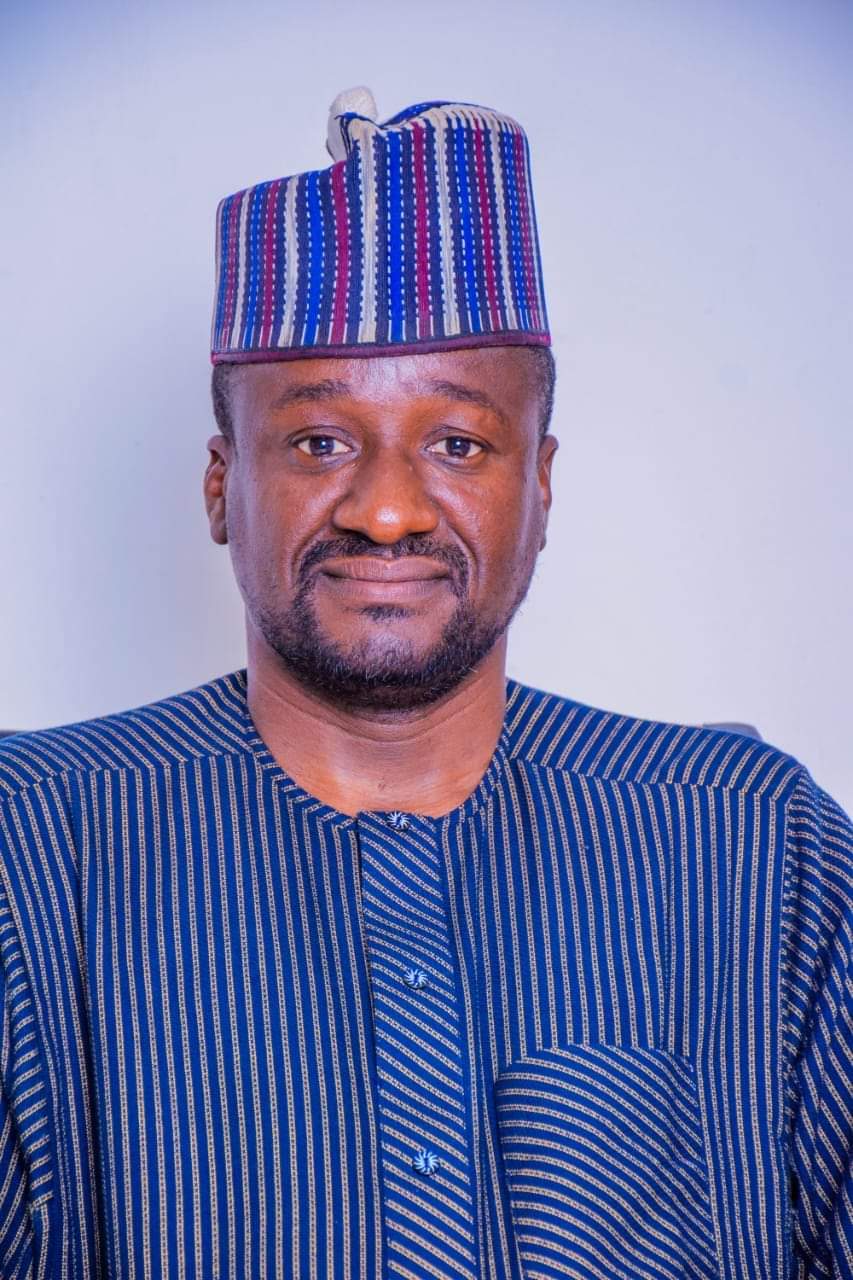 I am a citizen of Zamfara who is always interested in issues that would help change the narrative about our predicament of under-development. In all honesty, I am writing this opinion article because I believed we shall not be allowed to grow a misleading society which is full of lies and deceit, and I was disappointed when I read an article allegedly written by Dr. Bashir Maru the former Deputy Chief of Staff to Governor Bello Matawalle.

I am responding not as an agent of the government but as a citizen who has dogged deep to ascertain the true picture of what transpired between Dr. Bashir Maru and his former principal Bello Matawallen Maradun.

To say my mind straight, this is the least I expected from someone who I hold with high regard for being a comrade since during the days of university and even as public servant.

As learned, I expected Dr. Maru to deny the story trending that he is involved in the scandalous criminal case of attempt to fraudulently sale away an official vehicle belonging to Zamfara State Government and also deny the story by an online media outlet Smart News that he was arraigned while at large.

If he is involved, I expected him also to say his counter-narrative  and to clear his name from the allegation of fraud, but instead he tried to beat around the bush and tactically raised other baseless issues simply as an antic of taking away the mindset of the people from the main issue.

For me, if Dr. Maru has one million plus one issues to raise against Governor Matawalle or his government he is free to do that at his own risk, but that should ne separated from the main issue at stake. Unless he can do that he’s only nailing him self the more because the Governor, the SSG, the Permanent Secretary Government House and CSO to the Governor may wish to take it up with him for damages and personality attack.

One of his aides who was used in connivance to sale out the car was also arrested as a principal suspect, and he gave his statement confirming the conduct of the shoddy deal and the police also invited all stakeholders allegedly involved in this criminal act, and they have testified to what had happened.

Part of the conspiracy against Dr. Maru and his co-travellers is allegation that he used a fake letter headed paper to develop a content of an allocation to the former Chairman of the PDP late Ibrahim Mallaha of blessed memory, alleging that the vehicle was allocated to him by the office of the SSG. 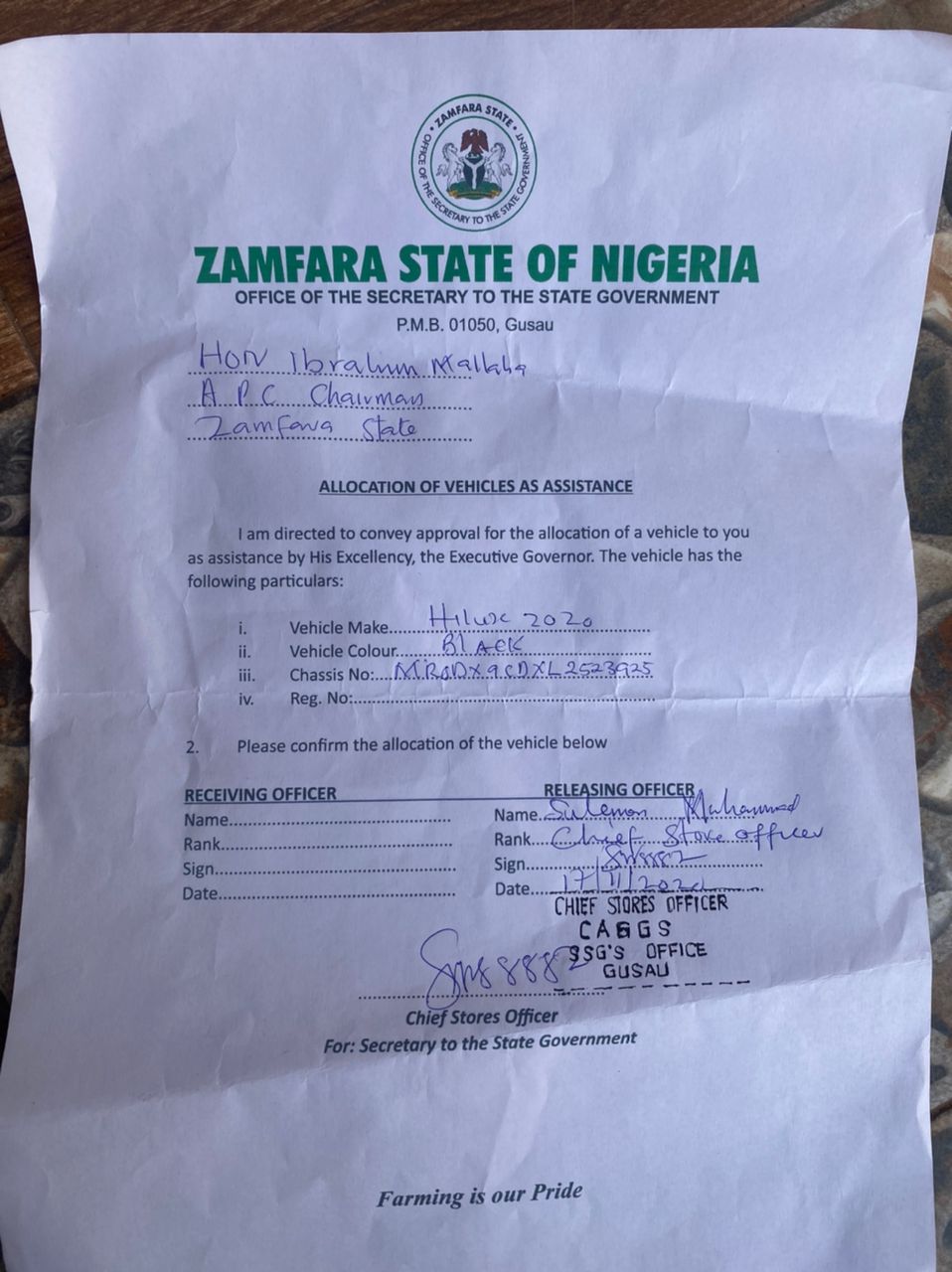 To say the worst of this act of conspiracy, the families of the late politician had testified that late Ibrahim Mallaha had never been allocated a Hilux Vehicle by the government of Matawalle let alone it was not part of the records of the vehicles or assets he has left behind.

The SSG has also established that the letter head paper and the content were all faked by the suspects and indeed there was no evidence on record that, the office of the SSG had ever allocated a vehicle to the late politician.

The police had already compiled their evidences and proceed to court to arraign Dr. Maru and his aides and while the rest appeared Dr. Bashir for whatever reason failed to either come to the court himself or sent lawyers to enter appearance on his behalf.

Based on this factual submission, what issue does Governor Bello Matawalle have in this case? Is he the car dealer? Or the police IPO or the prosecutor? Or are any of the principal aides of the Governor mentioned by Dr. Maru in his write-up involved from the stage of the recovery of the vehicle to the level of investigation.

It is a known fact that because someone is accused of doing something which is against the law does not mean he is guilty of the allegations against him until convicted by an appropriate court of law section (95) of the 1999 constitution of Nigeria is clear.

What I expect Dr. Maru to do is to go to the court or ask his lawyers to enter appearance on his behalf and face the case squarely so that he can get himself exonerated if at all he is innocent of the allegations labeled against him. And for me, I feel personally this strategy of media dribbling cannot prevent him from facing justice if in the long-run he is convicted.

As per as I am concern and in my personal views, Dr. Maru came up with an idea of contesting for the seat of the Federal House of Representative to get himself shield from facing the wrath of justice. If not, he should have distanced his recent ordeal to the process he has tactically entered into for political logic.

However, it is an open fact that the fact that Dr. Maru was allowed to pick a nomination form, undergo the process of screening and also be allowed to go to the venue and participate in the party primaries no one can establish any element of marginalization against his right to political participation by the Governor or any of his aide as alleged by Dr. Maru.

For him to also be allowed to file a court processes challenging what he perceived as irregularities at the primary election has actually speak volume about the guarantee of his freedom as a citizen under the watch of Matawalle government.

I think for Dr. Maru to link his ordeal with the security agencies and his consequent prosecution over his role in defrauding the government and people of Zamfara state is just a calculated attempt to take away the mindset of the people from the genuine issue at stake.

Long before the commencement of the sales of nomination forms for the APC, Dr. Maru has been on administrative bail by the State CID over fraudulent attempt mentioned earlier.

And as per as I am concern the decision of the delegates from Maru and Bungudu to allocate zero votes for him is enough to probe that his contest for the Maru/Bungudu legislative race is just a myriad because from the outcome of the primaries, it clearly indicates that, he knew nobody in his immediate constituency.

As for the issue of going to court to seek redress Dr. Maru shall understand that, if there is anyone who respects the court and its decision in Nigeria is Governor Bello Matawalle because he is a bye product of the court decision as the elected Governor and I have the optimism that Dr. Maru shall fail woefully in his court case in the long run.

ABOUT HIS JAMBOREE ALLEGATIONS ON MATAWALLE’S GOVERNMENT

It is my humble view that Dr. Maru should take the appropriate steps of blowing any fact he claimed to have against Governor Matawalle or any of his aides to the appropriate authorities for them to investigate I am sure that will show to the whole world that he is a good citizen of the country. 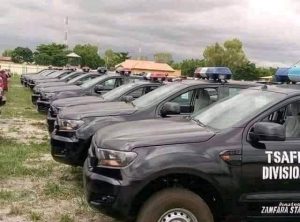 But let him be fully conscious of the facts that there are over one million facts about his misdeeds as DCO’s and Chairman of the Hospital Management Service Board of Zamfara awaiting him.

His alleged scandalous roles at ZAMCHEMA and also the consolidated health care fund he allegedly connive to mismanaged and many more including his corrupt activities when he was handling security votes for the security personals on special duties are all available and will be used to probe to the entire world that his side of the story is just too bad to reckon with.

All the success stories he claimed to have influenced in this government are mere folk tales because he has met the initiatives already provided as part of the agenda of the Governor, and it is an open facts that, Matawalle is just too passionate to implementing them.

Let him be fully aware that with or without Dr. Maru such successes must be recorded because they are part of developmental agenda of the government.

Let him tell the whole world why he was removed as the Deputy Chief of Staff and how he lobbied extensively to be reappointed as Chairman of Zamfara state Hospital Service Board.

Some suspected gunmen blocked the Kaura Namoda-Shinkafi Highway on Wednesday at around 12:00pm and opened fire on a Golf car which was driving toward Shinkafi from Kaura Namoda.

According to a source, the bandits laid ambush on the incoming car and opened fire on the passengers conveyed inside the car.

Two persons were killed instantly while four others were wounded and rushed to the General Hospital, Kaura Namoda.

According to the source, the injured after receiving first aid treatment were later moved to an advance health facility in Gusau for advance medical attention.

The Minister of Defence, Maj Gen Bashir Magashi, has confirmed the missing of about 600 inmates from the Medium Security Custodial Centre, Kuje, as 300 inmates were retrieved from bushes.

Speaking with newsmen, in Abuja, Magashi said they suspect the attack was carried out by the Boko-Haram terrorist sect.

He said, “They attempted the initial entry with a very high explosive, but they were unsuccessful”.

According to him, after the unsuccessful first attempt, then they attacked another section of the wall with even higher grade explosive which brought the wall down.

He explained that the forces on the ground did everything they could to repel them but the number of the terrorists they came with was overwhelming which they were not able to fight against.

“The incident took about 30 minutes, before the reinforcements arrived”.
The Minister gave the figure of the inmates at about 994 inmates in the prison.

“We understand, the attackers were Boko Haram, and they came specifically to get their co-conspirators freed”, he added.
He lamented that majority of the terrorists freed from the prison are now in the general population.

“But many of them have returned, they have reported themselves to the police, some we have successfully retrieved from the bushes where they were hiding”, The Minister added.

Katsina state police command has announced the murder of ACP Aminu Umar during a special operation along at Zakka village in Safana local government area of the state.

The Spokesperson of the police in Katsina SP Gambo Isah said in a statement that, one other police operative also lost his life during the operation.

“Consequently, the Area Commander and one other gallantly lost their lives during a cross exchange of gun fire”.

According to Gambo Isah the Police Commissioner condoles the families of the deceased and prayed for God almighty to grant the deceased eternal rest.

He re-affirms the commitment of the police in fighting insecurity and insurgency and ensure that peace has returned to the state.