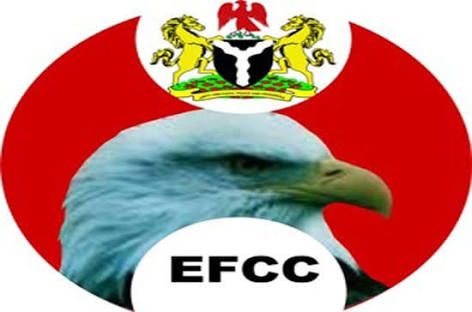 Indication has shown that, some contractors who abandoned their project sites at Sokoto,Kebbi and Zamfara have returned to work as Economic and Financial Crimea Commission EFCC commences inspection of the project sites.

EFCCH  Head of Sokoto Zonal Office Mr Abdullahi Lawal states this at an interactive session with the journalists in Birnin Jenni noting that, the Commission has started the inspection exercise in the zone.
Lawal who was accompanied in Birnin Kebbi BY some operatives of the Commission noted that the exercise will help them understand the level of the completion  of all the abandoned projects and what has been released to the contractors since inception.
He said the essence of the exercise is to ensure all contractors mobilized have completed and handed over the projects for the benefit of the people of the area.
Mr Abdullahi noted that, some concerned citizens of Kebbi had filed in petition in 2020 regarding the construction of new state secretariat at Gwadangwaji in which the contractor had already being paid a mobilization of 949 million naira by the government.

Lawal disclosed that in Kebbi some of the projects that were paid for and abandoned included Vocational Skills Acquisition Centre in Ambursa, Kebbi Ultra modern Secretariat, Bye pass street lights and 200 units of tractors and implements kept at Kebbi Agricultural Development Agency (KARDA)

Also, the commission’s zonal head disclosed that EFCC had visited Zamfara State, noting that they would invite all relevant stakeholders and ensure that awarded contracts were executed.

He said the story of Zamfara “is not different as some projects that will impact positively on the lives of the people were abandoned. Some of these projects include construction of township roads in Gusau, Gummi, Mallamawa to Bukkuyu, Anka, and Nasarawa town.”

He explained further that some scandals and frauds have already being discovered in contracts awarded and abandoned by the contractors noting that, ifcommunities can take ownership of the project awarded by their governments such projects can hardly be abandoned.
Related Topics: