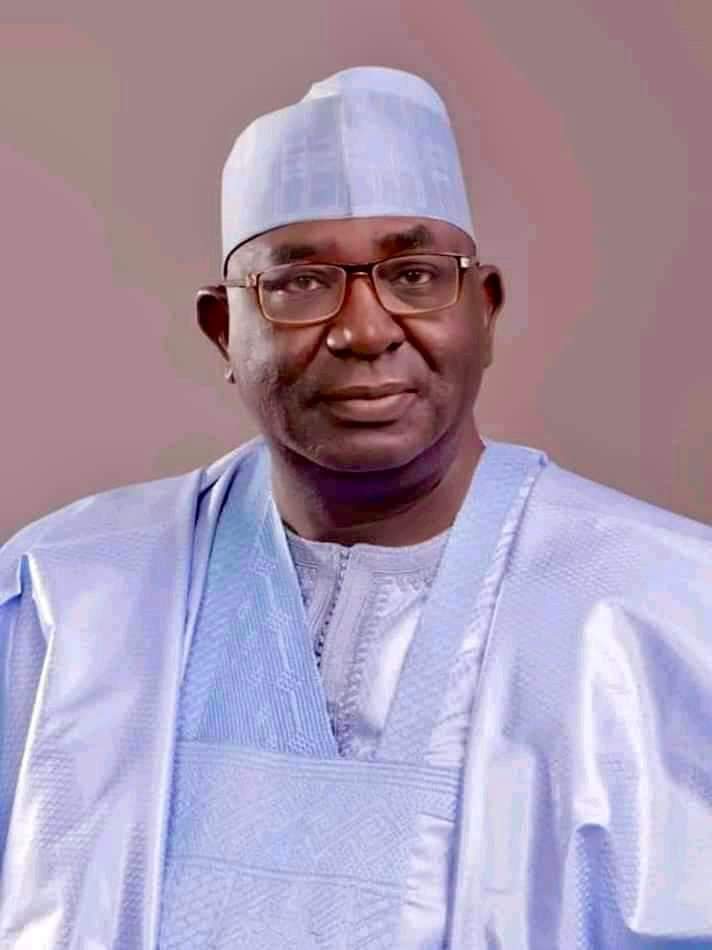 WARNS UNSERIUOS ASPIRANTS FROM CAUSING CONFUSION IN THE PARTY

A Former Minister For Information and Communication, Alhaji Ikra Aliyu Bilbis, has called on leaders of the All Progressives Congress (APC) to desist from attitudes that promote division within the party but work together for its overall success ahead the 2023 general elections.

Alhaji Bilbis who stated this in a statement in Abuja, said the call has become necessary in view of the rancour and acrimony generated over the bid by vested interests to corner certain positions within the party ahead of the 2023 elections.

Observing that the divisions cut across states and at the national level, the former minister, who is one of the prominent leaders of the party in Zamfara State, said, it is high time a conscious effort is made to bring all the warring groups together to achieve a common goal

He said as 2023 is fast approaching, APC cannot afford to allow the current turmoil within its ranks to persist, but must put its house in order to enable it plan well to win massively in the 2023 elections.

“We are yet to come out of the crises that rocked most state chapters of the party during the congresses and our national convention is still ahead while the jostle for the presidential and other tickets of the party has started.

“The time to put the party in order is now, we are almost running out of time and we cannot achieve anything if we continue to allow the cracks and the divisions to widen.

“Leaders of the party should be prevailed upon to sacrifice their selfish interests where it clashes with the overall interest of the party in order to give others a sense of belonging in the party,” he said

Alhaji Bilbis said he sees no reason for the rancour and bitterness within the APC as there are enough positions to go round both individual and group interests.

He said, “Let us first of all put our selfish interests behind to work for the collective interest of the party so we can win.”

The former minister reminded leaders and other stakeholders of the APC of a similar admonition President Muhammadu Buhari made to them some weeks ago, harping on the need for leaders of the party to close ranks and work together.

“The President had to remind us recently of what may be the likely consequence if we fail to close ranks to project the party ahead of the 2023 general elections and stressed that without unity of purpose among the leaders and other party members, APC might lose to the opposition and I share this position by Mr. President.”

Alhaji Bilbis aligned himself with the view of President Buhari, that the APC leaders need a stronger sense of commitment that will translate into electoral victories at the polls.

“We need the right strategy and sense of organization to plan and win big for our party and we cannot achieve that in an atmosphere of bitterness and rancour more so as our national convention is just by the corner.

“We cannot afford to be complacent as there is a big hurdle before us to cross before 2023 so we must swallow our pride to do the right thing by coming together,” he stated

Alhaji Bilbis also warned that even as the party is seeking a competent leader to elect as national chairman ahead the 2023 elections, it is important that it elects a well experienced and committed person to fill the position as he said the party has no time to put someone who will only come and start learning on the job.

He said, “We have to put the right people who have the right quality to lead the party irrespective of where the person comes from.

The Former Minister insisted that none of those who have indicated interest in vying for the position of APC national chairman so far match the credentials of the former governor of Zamfara State, Alhaji Abdulaziz Yari.

He said not only is Yari capable in of doing the job effectively and efficiently, but that the former governor has shown that he is someone who has the interest of the party and the nation at heart.

“Not only that but he has the qualities to bring all the warring parties in the party together as he has earned his respect as a just and fair leader especially when he was the chairman of the Nigeria Governors Forum.”

Alhaji Bilbis warned those who lack the capacity to add value to the party and who cannot contribute anything meaningful to its growth to withdraw from the race saying the position of national chairman of a ruling party goes beyond being a mere job for the boys.

He said Yari should be given the chance to lead the party based on his competence.

The former Minister also took a swipe at the presidential ambition of a former governor of Zamfara State, Alhaji Ahmed Sani Yeriman Bakura.

He said, “This is someone who has not done or contributed anything to the party since the present dispensation despite his being a governor for eight straight years and a senator for good 12 years.

“You cannot point at any project worth 1 billion he has done when he was governor yet he makes mockery of himself that he wants to be president.”

The former minister said he is not surprised by the role Yerima is playing because it has been his stock in trade to cause confusion due to selfish considerations.

“Those of us from Zamfara know him very well otherwise how do you explain a situation where someone will say he contesting for the presidency when he is from the same state and senatorial zone with the leading aspirant for the national championship of the party.

“These kind of people should not be taken seriously as they don’t mean well for the party,” Bilbis concluded.