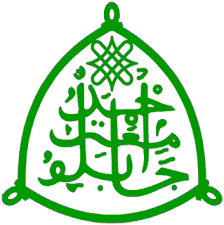 Salisu Maku, the kidnapped son of Mr. Usman Maku, who was kidnapped in Gudi, was found dead yesterday amid the funeral of his sister, Sahadatu, who was shot dead by kidnappers on Tuesday.

Gunmen suspected to be kidnappers had invaded the home of the elder brother to Labaran Maku in Gudi, the hometown of Nasarawa State Governor Abdullahi Sule, and killed his daughter. They also abducted his eldest son, Salisu who is a Senior immigration officer, and the wife, Asamawu.

According to a resident of Gudi, Mr. Kaura Danladi, over 10 gunmen invaded the town at about 8p.m. on Tuesday, shooting sporadically and headed for Maku’s residence, some 200 metres away from the governor’s.

Danladi said that Maku’s daughter, who graduated from the pharmacy dept, Ahmadu Bello University Zaria (ABU), Zaria and currently awaiting national services was shot through the window by the bandits. She died while being rushed to the hospital by family members.

After the daughter was buried at the family compound, there was pandemonium yesterday when news came that the lifeless body of Salisu had been found a few metres away from the house.

According to Jonah Yakubu, the kidnappers are demanding N20 million before the release of Salisu’s wife.