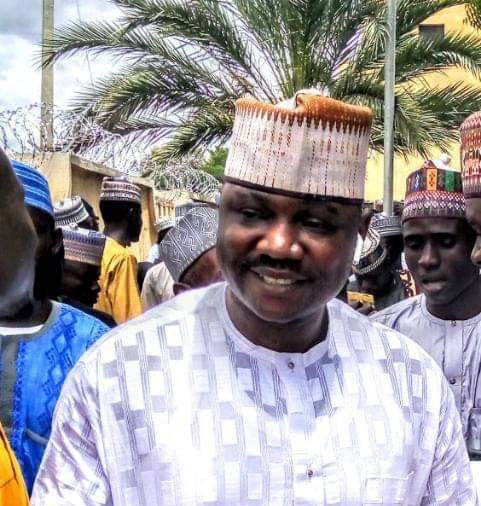 Spokes Person of Senator Kabiru Garba Marafa Bello Bakyasuwa Maradun has declared that the defection of Zamfara Commissioner for Rural and Community Development Abubakar Abdullahi Tsafe has no effect on the political prospect of Senator Kabiru Garba Marafa since the Commissioner and those that defected along with him are politically irrelevant.
Bakyasuwa who made the declaration in an interview with the managing editor of Thunder Blowers said it is not surprising that Abu (Doctor) has defected to the ruling PDP because he is a political liability, and he has nothing to offer for the development of PDP in his Tsafe constituency.
“Abu Doctor, Muzakkiru, Mai-Aya and all those that defected today are politically irrelevant. We knew them better than Matawalle, and they will deceive him politically because they are not relevant even in their immediate constituency” Bakyasuwa added.
“Senator Marafa picked Abu Doctor from the street as “black marketer”, and he made him who he is, so if he betrayed Marafa it is not a new thing because he will surely betray Matawalle in no distance time”.
“People like Mai-Aya are political contractors who dance to the tune of those that pays them, and politically he is not relevant we know him and we are familiar with his history politically”.
He explained that PDP will regret the defection of Abu Doctor and his co-travellers because they are only in the PDP to make money and time will tell.
He accused Governor Matawalle of instigating Abu Doctor and those that defected with him in order to embarrass Senator Kabiru Marafa noting that, “it is time to draw the battle line”.
But in a reaction to the statement by Bakyasuwa Zamfara Commissioner for Rural Development Abubakar Abdullahi Tsafe said he is not going to join the issue with Bakyasuwa because of his historical precedence noting that, the issues raised by Bakyasuwa are both irrelevant and baseless.
“I knew Senator Marafa long before Bakyasuwa joined the Nigerian army, so I am telling you he is not speaking the mind of Senator Marafa. I know him and I know what he is up to”.
“Governor Matawalle has no hand in our decision to defect to PDP. Remember even Matawalle suspected me when I was agitating for him to defect to the APC sometimes last year. So our decision is never influenced by the Governor or anyone else” Abu Doctor added.
“Governor Bello Matawalle has done everything for Bello Bakyasuwa he gave him appointment and provided logistics for him to get married and even construct a befitting house in Gusau the state capital”.
On the allegations that he was picked from the street as a “black marketer”, Doctor said, he may not want to reply Bakyasuwa in a manner he speaks because he has the faithfuls believe that God almighty has his wisdom for enriching anyone he wants without consulting him.
“I am a politician and I know that politics is all about winning or losing election so time shall tell on the decision we have taken”.
On the allegations that he and those that defected to the PDP are politically irrelevant, Abu Doctor said “time shall tell whether they are politically relevant or not”.
Related Topics: