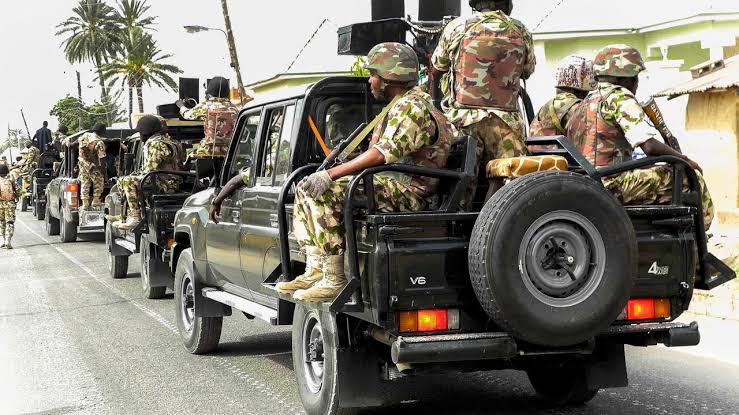 According to a source, the bandits invaded Sabon Gari area on Tuesday the 17th of April 2022 shooting sporadically a circumstance that resulted in the bandits rustling large number of cattle.

But a source said, the military operatives under “Operation Hadarin Daji” responded to distress calls of the locals and engaged the bandits in a gun-fight which lasted for about two hours.

The source added that, because of the strength of the military response, the bandits according to the source abandoned the rustle cattle and moved to Kurunkudu forest with many of them sustaining various degree of injuries.

Some sources confirmed that, the soldiers succeeded in killing (15) bandits, while several others sustained fatal injuries during the encounter.

“The bandits abandoned all the cattle rustled and ran to the forest”.

According to the source, one person was killed by the bandits during the operation, while five others sustained various degree of injuries.