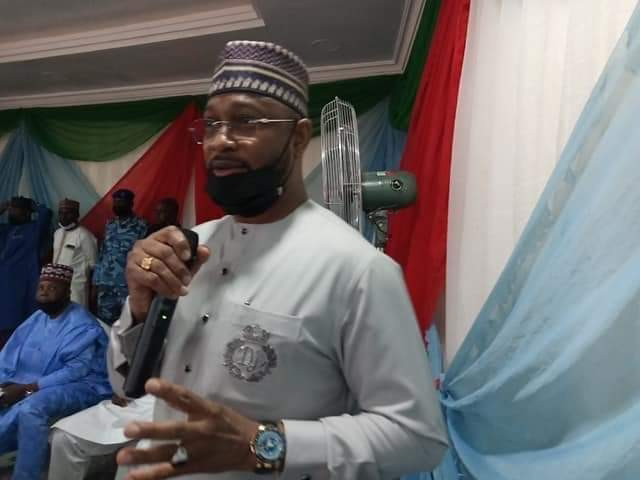 One of the APC gubernatorial aspirants in Zamfara State Dauda Lawan Dare has called on the APC supporters in Zamfara State to put a track at the party leaders and call their attention where they have derailed.
Dauda Lawan Dare said the reconciliation by Zamfara APC leaders is perfected in the overall interest of reviving the party.
“I and former Governor Abdulazeez Yari are old time friends, we have to build trust amongst our selves and for long we have to keep our personal secrecy” Dauda Lawan added. 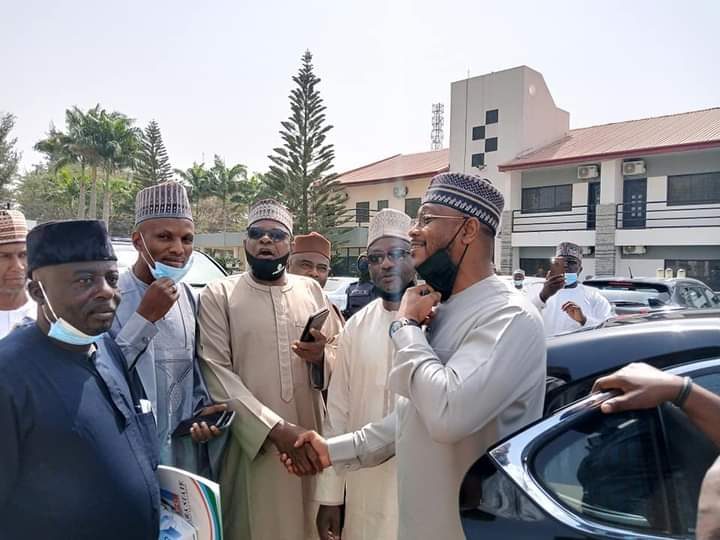 Dauda Lawan in hand shake with some Zamfara APC officials
Dauda Lawan Dare made the statement at the APC Zamfara re-union meeting held in Kaduna on Sunday.
Dauda said, the re-union meeting is an indication that people especially political supporters of all the major contenders have accepted the fact that the resolution of the crisis shall be done in the overall interest of ensuring the development of the state.
He said over the time, he was challenging the rich, the elderly, academics and Islamic scholars for their silence over the APC crises noting that if they have intervened earlier, the crises’ situation would have not reached the present level.
He called on the supporters of the APC to remain united and call the attention of their respective leaders on issues that in their own opinion can lead to the resurgence of the crises within the party again.
Related Topics: