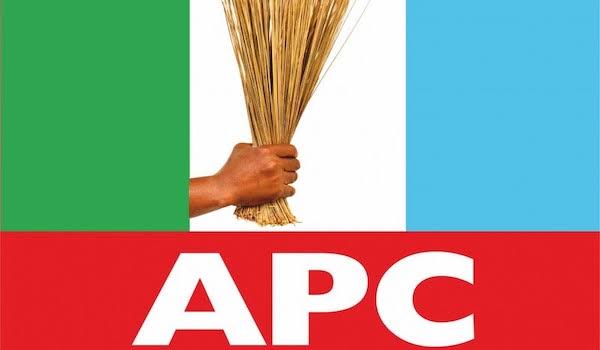 The All Progressive Congress Governor Matawalle faction has declared that Sen. Marafa is coming up with more clearer fact about his plan defection to the Peoples Democratic Party.

In a statement by the Spokesperson of the party Mal. Yusuf Idris Gusau, the party said, “this gradual movement has to be done under the carpet or nocturnally due to the basket of shame it carries and the refusal of the focused APC national leadership to recognize them and their destructive tendencies”.

Mr Idris said, it was unfortunate that, that people Bakyasuwa Bakyasuwa spokesperson of Sen. Marafa would come in the public to challenge the trip of Governor Bello Matawalle to Niger which was done in the spirit of building synergy on security noting that such act is misinformed in its entirety.

“While His Excellency, governor Bello Mohammed Matawalle’s media aides have since issued out press releases on the importance of the Niger Republic trip, people like Marafa find it easier to send cretins like Bakyasuwa to play politics in order to advance their bad intents” Mr. Idris added.

“For the sake of clarification, the trip to Niger Republic was part of a delegated assignment on Governor Matawalle and two of his other colleague from Kebbi and Jigawa but in their haste to castigate our governor, the challatants could only see Matawalle at the event of local wrestling, a small event which that country organized to entertain their august guests”.

“These dullards who suddenly gate crashed into the fact that the PDP in Zamfara is fanning the ambers of banditry forgot that governor Matawalle since assumption of office appealed to all well meaning Zamfara indigenes to come and assist him in how to fight the bandits”.

“Anyone who failed to do so by now and especially those hiding in the corners to say the governor and his government haven’t done enough must be considered either as enemies of the state who are happy over the armed banditry or are directly the ones carrying out the heinous acts”.

“Our earlier accusation of bandits working hand in hand with miners and mining sites owners, the fact that those 11 Chinese were arrested while working on mining sites owned by retired general and they were released on bail to the deputy governor, Mahdi Ali Gusau have still remained unchallenged but are being defended by the Marafa’s through their cronies like Bakyasuwa”. Mr. Idris added.

Buying into the PDP to help them carry their cross as done by Bakyasuwa is just one of the moves by Marafa to join the PDP, but our pointing fingers will remain stiff until the investigation is thoroughly carried out with the truth and more revelations exposed”.

“If accomplices like Bakyasuwa really want to come in defense, let them go to the court and sign an affidavit that should our claims be confirmed, they are ready to go to jail”.

Our statement that retired General Ali Gusau is the PDP leader in the state still subsists, otherwise where will the Bakyasuwas put him. Similarly, as a retired army general and a presidential National Adviser on Security, we want to know what the retired general has done so far on the issue of security in Zamfara because this is talking about the lives and deaths of our people”.

Efforts of Governor Matawalle to bring an end to the security situation he inherited from his predecessor are glaring to all well meaning citizens of the state if Bakyasuwa has forgotten let me remind him of some of the achievements recorded under His Excellency, Governor Bello Mohammed Matawalle as the only governor since the creation of the state that created a Ministry for Security and Home Affairs with the sole objective to fight banditry and other criminal activities which has yielded positive results’’.

“It’s on record that when he assumed office Zamfara recorded eight good months without any attack which earned the governor a lot of recognition and awards as the best performing governor in terms of security”.

“A lot of abductees were rescued or released unconditionally and reunited with their families while IDPs returned to their homes before the recent waves that hit the entire Northwest in the last two months”.

“I can recall we were together with the same Bakyasuwa at the formal launching of 200 brand new Hilux at the Gusau trade fair Complex that were purchased by Governor Matawalle and distributed as donation to security agencies for operations as well the distribution of 100 additional special operational Brand new Hilux at government House totalling 300, but Bakyasuwa has remained blind and opposed to these facts”.

“However, it’s also a known fact that fighting insecurity is more technological now and Zamfara state is not left out as high definition security cameras were installed throughout the state capital and other local governments for the purpose of surveillance”

“Likewise, under governor Matawalle, 500 youth were employed from all the 17 emirates and trained as Civilian JTF who are being paid every month for the purpose of improving security in the state”.

“All the coordinated criticisms to divert the governor and the APC from doing the good work will not deter but encourage us and his excellency”.

INSIDE STORY OF DAYS OF BLOOD-BATH IN ZAMFARA STATE.