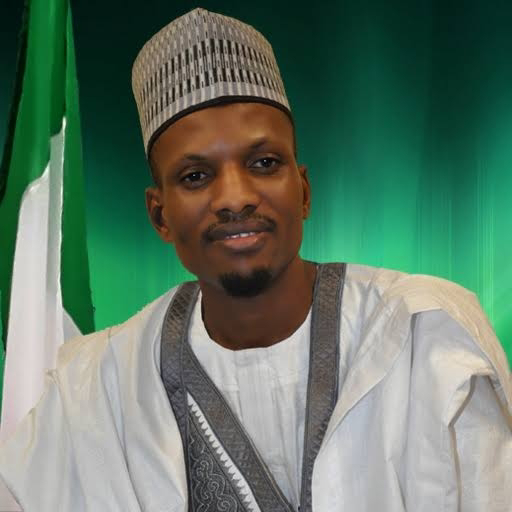 It is a well known fact that, the All Progressive Congress APC, the Nigeria’s rulling political party had suffered serious crack during the 2019 general elections.
The cracks were  occasioned by inability of the then national leadership of the party to patch up the hitherto crisis in most of the party’s control states which necessitated the dissolution of the National Working Committee under the leadership of Adams Oshiomhole.
In order to root out the pros and cons in the party crisis, the National Executive Committee of the party dissolved the National Working Committee and appointed Yobe State Governor Mai Mala Buni to head the Caretaker/Convention Planning Committee in June 2020 in order to fix the uproar.
Mai Mala Buni who was the former National Secretary of the Party is believed to be in possession of the knowledge of the APC troubles being at the centre of the helm of affairs of the party before he was elected as Governor of Yobe State.
From the month of  June this year when Buni took over from Adams Oshiomhole, APC had started regaining grounds and its faded  popularity begins to resurfaces as almost all the crisis prone states were visited by the committee and eventually met with aggrieved factions.
One can boast up saying, the outcome of the recent Ondo State Governorship election governorship election and lots of other visible indicators  were determinants that Buni’s committee is making the party to wear new look in terms of becoming more united ever than before.
Inspite of the fact that the task of fixing the party’s inflicted crisis is herculean and uneasy, we the genuine faithfuls and true loyalists of the APC, beared no iota of doubt that Buni’s led leadership is on it’s feet to reposition and restore back the lost glory in the party in view of the way he demonstrated passion  to the assignment assigned to him by millions of APC supporters in nigeria.
We are therefore satisfied with the steps being taken by Mai Mala Buni led care taker committee.
While we count on these feats worthy of celebration we also observed with concern the way former Sen. Marafa faction of the APC who serves as agent of Zamfara PDP were attacking and  terrorising the resuscitated peaceful cohesion been enjoyed by true party faithful in the state.
Those people are identical as they recieved various  appointments from PDP who is controlling Zamfara States as compensation to the roles they played in unseating APC during the 2019 general elections.
Their recent action was how they are using media to  falsify and injure the effort of the party national leadership.
The same sort of so called APC members also started campaigning for Mai Mala Buni to resign from his position. Let me remind them that Mai Mala Buni’s appointment  was a decision by  President Muhammad Buhari and other Executive members of the party. They should therefore redirect the call to Mr. President and not Buni.
We call on patriotic members of the APC to come to their senses and embrace the leadership of Mai Mala Buni in order to remedy the loopholes and to promote APC to enviable position.
Related Topics: