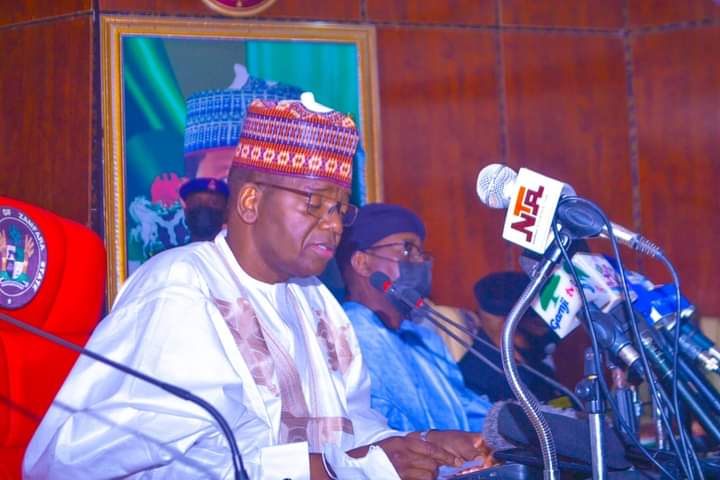 The presidential delegation led by the Minister of Defense Gen. Bashir Salihi Magashi (rtd) has paid a condolence visit to the people and government of Zamfara state of the recent armed bandit attacks on their communities.

Addressing the state Governor, the Minister of defense Gen. Bashir Salihi Magashi (rtd) said federal government is battle ready to end the activities of the armed bandits causing crises in the state.

“I want to assure you that the federal government is fully informed of what happened in Zamfara state and that effort is being established to end the lingering security crises confronting the state.

On behalf of the federal government, Gen. Magashi condoled with the families of those who lose their lives in the incident.

The minister also announced additional donation of similar to that of Anka and Bukkuyum to Maradun, Maru, Tsafe and others.