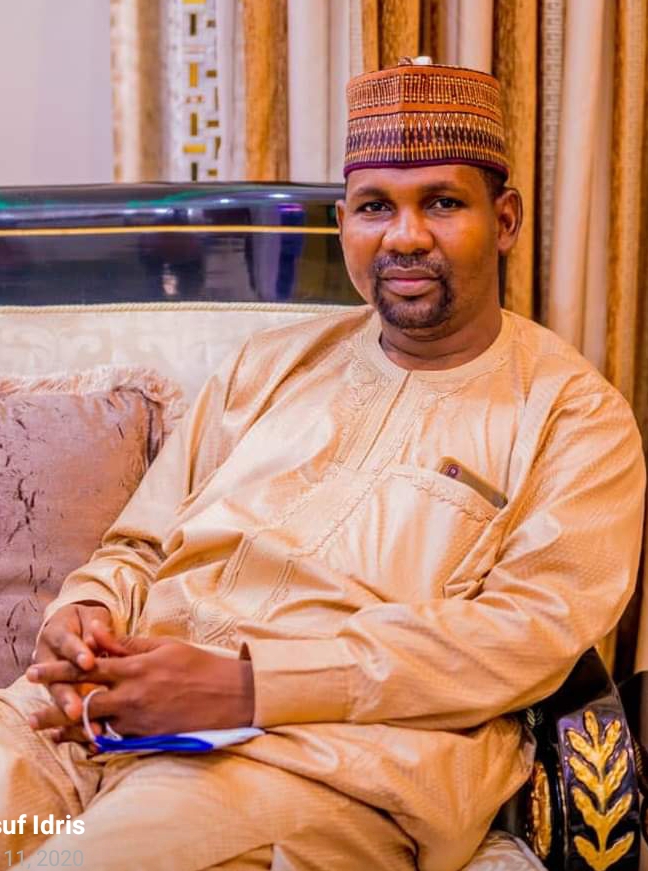 It has been weeks of crises of confidence among principal officers and indeed supporters of the People’s Democratic Party since the defection of Bello Matawalle out of the party mid last year.

It was Matawalle in 2019, that injected life back into the PDP when his political destiny bounced back on the party after the Supreme Court verdict with INEC declaring him the validly and duly elected executive Governor of Zamfara state.

Being a good democrat, he tried to manage the weakness of the PDP and tried to sell the party out to the majority of the populace of Zamfara through his leadership qualities of inclusiveness and development strive which changed the long history of the party to a more prosperous one but as soon as he withdrew his membership from the it, things immediately fell apart, because all the people who were in the PDP said Matawalle was their party not the PDP and anywhere he moved they move along with him which didn’t augour well with the current leadership of the party in the state

Without prejudice to the tenets of democracy and rule of law, the Governor allowed PDP to move ahead without tempering with any of its democratic rights to expression and that of association.

It is on record that few days after the defection of the Governor, it was the Deputy, Mahadi Aliyu Gusau that first broke away the rule by embarking on an illegal political rally at that very material time when the majority of Zamfara people were mourning the attack by bandits on the people of Faru in the Governor’s hometown of Maradun.

Despite the warning by the Police Commissioner, the deputy moved freely into the capital city and rendered as much of slanderous utterances as possible on the personality of the state Governor.

As if that was not enough, the Deputy Governor sued the state Assembly members over unverified allegations that he was to be impeached, and the lawmakers took the path of their political mentor, Muhammad Bello Matawalle and ignored his childish political behavior.

The Deputy Governor also absconded from office since June 2021 and continued to collect salary of the job he has not done including his entitlements and luxury of his official vehicles and security personnel all at the expense of the state government treasury while the Governor never complained or cried out for once.

Very recently, people of Zamfara are living witnesses to the manners at which PDP executives are making moves to heat up the polity in the state by constantly organizing kangaroo press conferences to castigate the Governor and his government, most, especially the recent claims by the PDP Vice Chairman of the state, Prof. Kabiru Jabaka when he declared that the Governor collected a total of over N31 billion naira as cash allocation/security vote.

Jabaka knew the danger of his pronouncement which by implication he knew very well he would be summoned by either security agencies or anti-graft commissions to elaborate the sources of his information, so he became scared after the video footage went viral.

Same Jabaka also claimed that the Governor cashed out over N100M from the state coffers and dashed out to wrestlers at an event in Niger Republic. Such unverified statements coming from someone who claimed to be a Professor are not only careless but speak volumes of the integrity and the personality of Jabaka and definitely security agencies must look for Jabaka to give details of how the transaction of the same N100M was perfected from the account of the state government to the wrestlers in Niger.

Again he mentioned at his press conference that over 50 persons were killed within the period of three days in Zamfara and to his mockery, he did not realize that he had a duty to give detailed breakdown of villages attacked and number of casualties recorded.

Maybe, he had later realized the implications of his pronouncement to the security situation of the state, so he became guilty and scared to his bones and decided to vamoose.

We can go on and on to highlight the psyco-emotional crimes of the leadership of Zamfara PDP and why they have to be scared invariably. But certainly their guilt must be catching with the track of honesty just to clear the mindset of the people.

As for Col. Bala Mande, their state Chairman claiming that we are threatening the principal officers of their party, to us, it’s a clear demonstration of the extent of the guilt which must make them scared.

First of all, is it the Governor or the APC that is in charge of signing or executing the court warrant? I think to every rationale human being, the answer would be capital “No”.

We have already asked them to direct their fear to the security agencies, whose sole responsibility is to ensure that allegations raised against any person are investigated and ascertained to prevent the break down of law and order in the state.

If PDP in Zamfara is sincere, why the cryout? Let Professor Jabaka or anyone else in the PDP be bold enough to answer the invitation of the security agencies if at all there is any and also get things clarified, that is all.

But coming to the media making mockery of the people when you are already a guilty person does not hold water, and it is a clear position of the law that “he who alleges must prove”.

As for Shatiman Rijiya, I have listened to his recent radio interview, and it made many people laugh because he has forgotten the fact that the era of people listening to people like him who are attention seekers is gone.

Let Shatiman Rijiya and anyone in the PDP know that, nobody shall henceforth come to the media and make blanket allegation against the personality of the Governor or the government and go scot-free.

Zamfara is a state governed by law, and the law must take its precedence over falsehood.