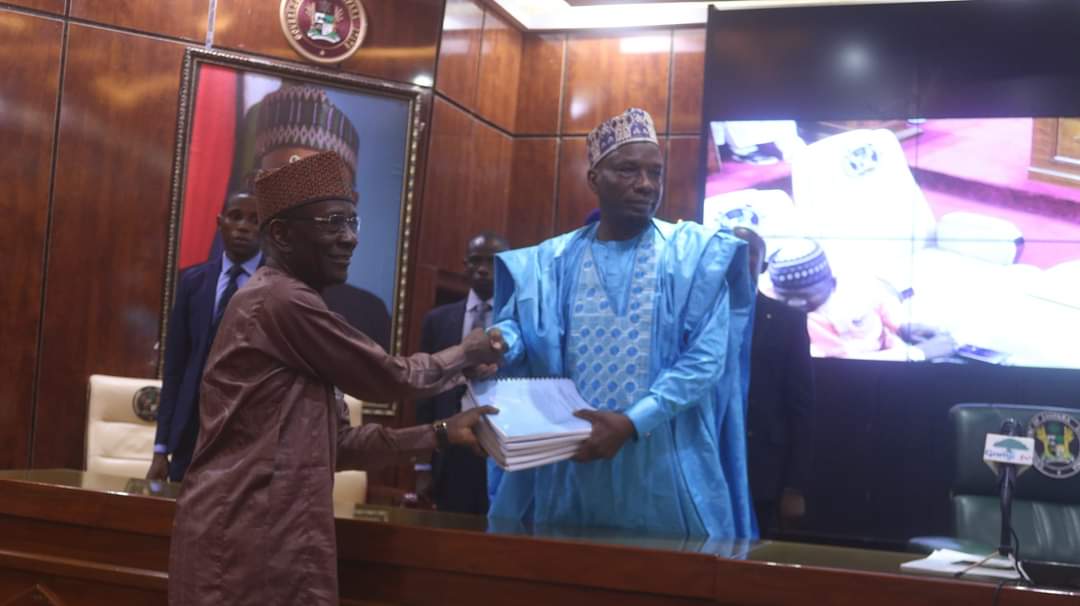 The committee set up to investigate allegations of aiding and abetting armed bandit activities by the Emir of Dansadau has submitted its report to the state government.

Chairman of the committee, DIG Mamman Tsafe (Rtd) made the formal presentation of the report to Zamfara state Deputy Governor Sen. Hassan Nasiha on Monday.

He has also concurrently presented the report of the other committee set up to investigate the allegations against the Emir of Zurmi Abubakar Atiku.

DIG Mamman Tsafe did not however provide a brief over-view of the outcome of the investigation, but rather on behalf of the members of the committees thanked the state government for according them the opportunity to serve the state in that capacity.

He stressed that, the committees had carefully complied with the laid down terms and references enshrined by the state government during the inauguration of the committees.

In his response, the state Deputy Governor Sen. Hassan Muhammad Nasiha thanked members of the committee for the commitment to putting up the reports and assured that the state government will do all that are needed to implement the reports of the two committees.

He reaffirmed the commitment of the state government in ensuring that, whoever is involved in issues related to armed banditry is dealt with, no matter his status in the state.

It could be recalled that, the state government announced the suspension of the two emirs of Zurmi and Dansdau in June last year and set up two separate committees led by former Deputy Governor Malam Ibrahim Wakkala and the State Commissioner for Security and Home Affairs DIG Mamman Tsafe to investigate allegations of their alleged involvement in armed bandit activities.

They were given two weeks from June 1st and 11th, 2021 within which to submit their separate reports to the state government.

But since then, nothing was heard of the two committees until today (Monday) when they have submitted their reports concurrently to the state Deputy Governor Sen. Hassan Nasiha.

IN SYMPATHY WITH THE EMIRS OF ZURMI & DANSADAU

YARI TO ZAMFARA APC BIGWIGS: THOSE MAKING POLITICAL OUTBURST SHALL SHOWCASE TO US WHAT THEY HAVE.