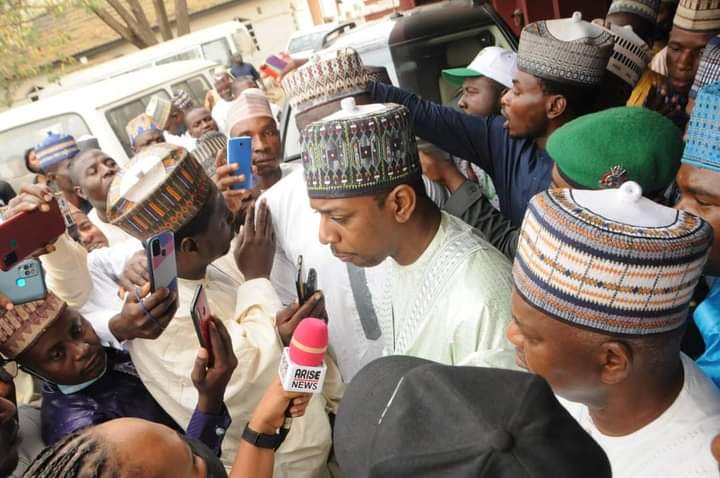 The former Deputy Governor who was accompanied by hundreds of party supporters including state party officials to the Wadata Plaza the Secretariat of the party said he is ready to participate in the race and use the umbrella of the People’s Democratic Party to win the Governorship election in 2023.

Mahadi who expressed optimism with the level of support and popularity PDP is gaining said 2023 election is going to be a done deal for the PDP in Zamfara.

He thanked his teeming supporters for coming all the way to Zamfara state to accompany him to the PDP Secretariat to pick his nomination form.

The State Secretary of the APC Faruk Ahmad Shatiman Rijiya said, Zamfara PDP will surely emerge victorious in Zamfara in the 2023 polls and assured that those who betrayed the party by defecting to the APC will surely regret their action.

He called on the people of Zamfara to continue to support the PDP as the party has an agenda of salvaging the state from its numerous social and economic crises.

ABUBAKAR NAKWADA: AN EXAMPLE OF GENUINE ASPIRATION DRIVEN BY THE PEOPLE OF LIKEMIND