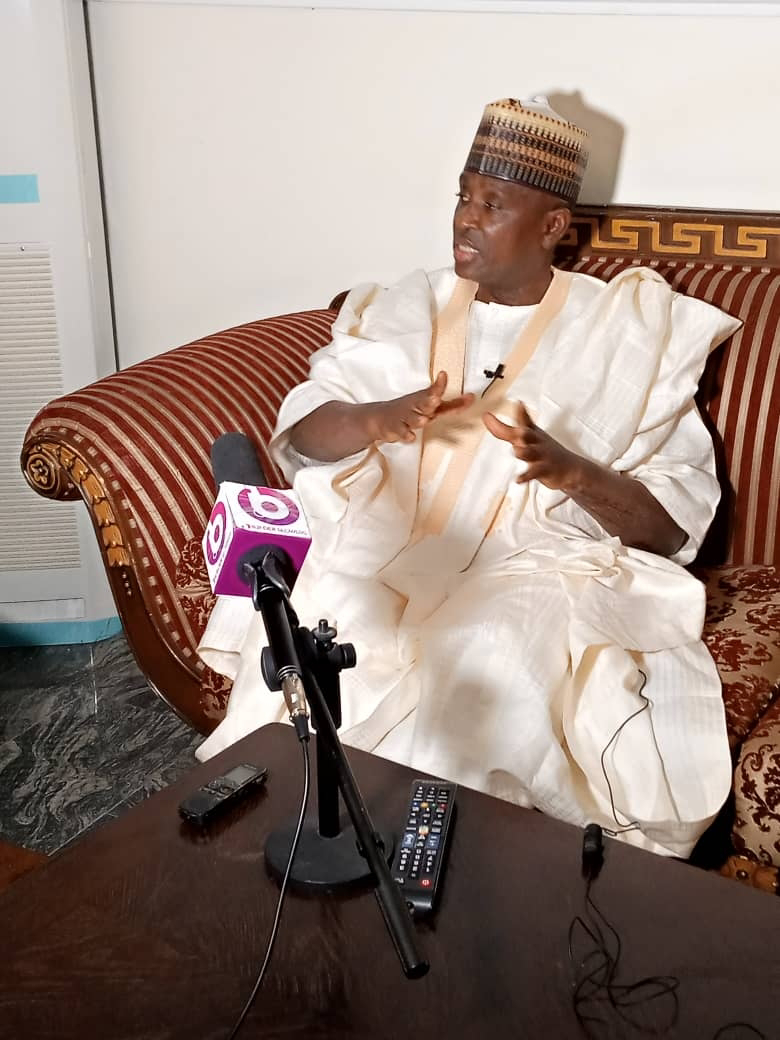 One of the major stakeholders of Zamfara APC Sagir Hamida Sarkin Rafi Gusau has declared that, Matawalle’s defection to APC will be a burden to the party considering the fact that the party will have nothing to tell Zamfara people as his developmental agenda.
The APC chieftain who declared this during an interview with Managing Editor of Thunder Blowers shortly after revalidating his APC membership said Matawalle’s government has performed below the expectations of the people.
He said If Matawalle had worked or brought development to the people of the state the party will welcome him and work with him to develop the state further.
According to him  APC supporters cannot  welcome Matawalle in to the party with his dismal performance as Governor noting that what he saw in a hospital he visited in Gusau on Wednesday caused him a big shame.
He noted that as critical stakeholders, they have no problem or will not regret anybody joining the party once the person has reached the age of eighteen adding that, what matters to them now is evidence of contribution to humanity.
He lamented that all the state systems have virtually collapsed especially in areas like health education and water supply.
He added that, he was impressed with the road network constructed by Governor Yari during his tenure as Governor adding that Matawalle should have consolidated from where Yari stopped and with that they can make the state greater.
On the merger of APC factions in Zamfara Sagir said, all the major stakeholders have learned their mistakes and the challenges ahead informed the decision of the APC members to come together and chat a way forward.
Related Topics: