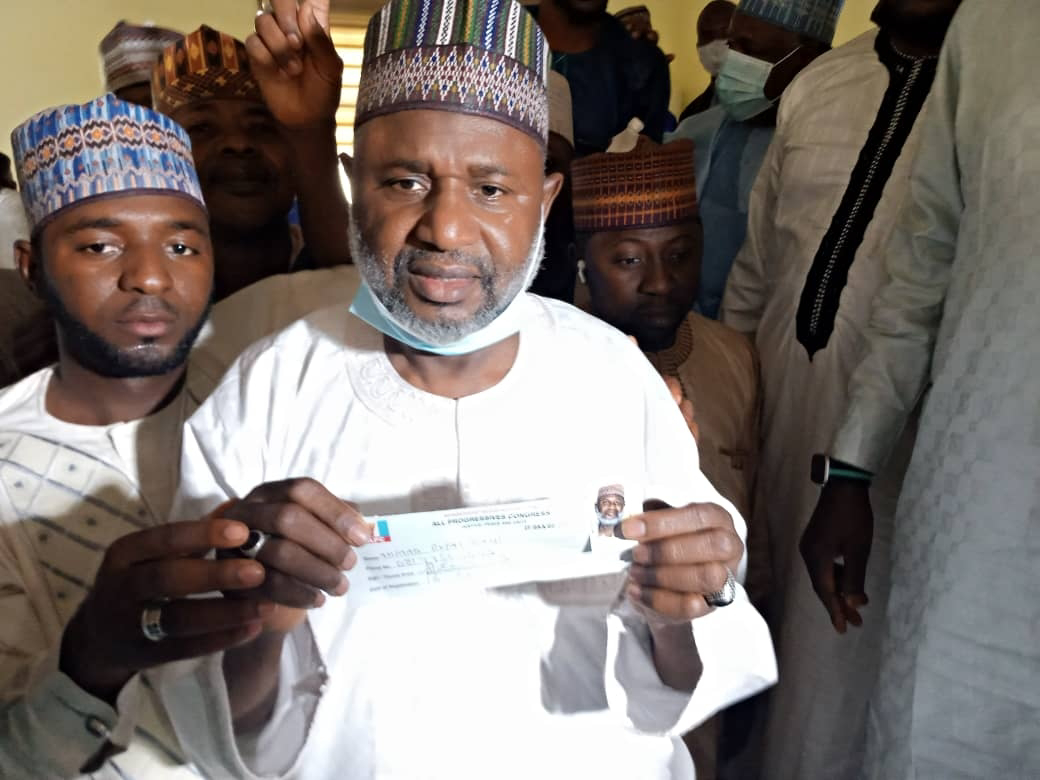 Sen. Ahmad Sani Yariman Bakura displaying his membership register
Former Governor of Zamfara State Sen. Ahmad Sani Yariman Bakura has declared that, he has forgiven all those who stood against his effort to revalidate his membership since Saturday.
“To the bottom of my heart I have forgiven all those behind my travail for the past few days. It is politics we will forge ahead and build our party the APC”.
The Senator who spoke to newsmen shortly after he revalidated his membership of the All Progressive Congress APC said he has accepted what happened to him as an act of God and holds nobody in his mind.
He thanked President Muhammad Buhari for standing by his ordeal describing his effort as commendable.
He also described the President as God-fearing who treats people with equality, justice and fairness urging other APC leaders to emulate him.
He also thanked the Chairman of the APC caretaker committee Mai Mala Buni, Governors of Zamfara, Kebbi, Kano and Niger States for standing their ground to make sure that he has been re-registered.
Yarima called on party supporters across the nation to participate in the ongoing registration exercise with a view to making the party greater.
Related Topics: