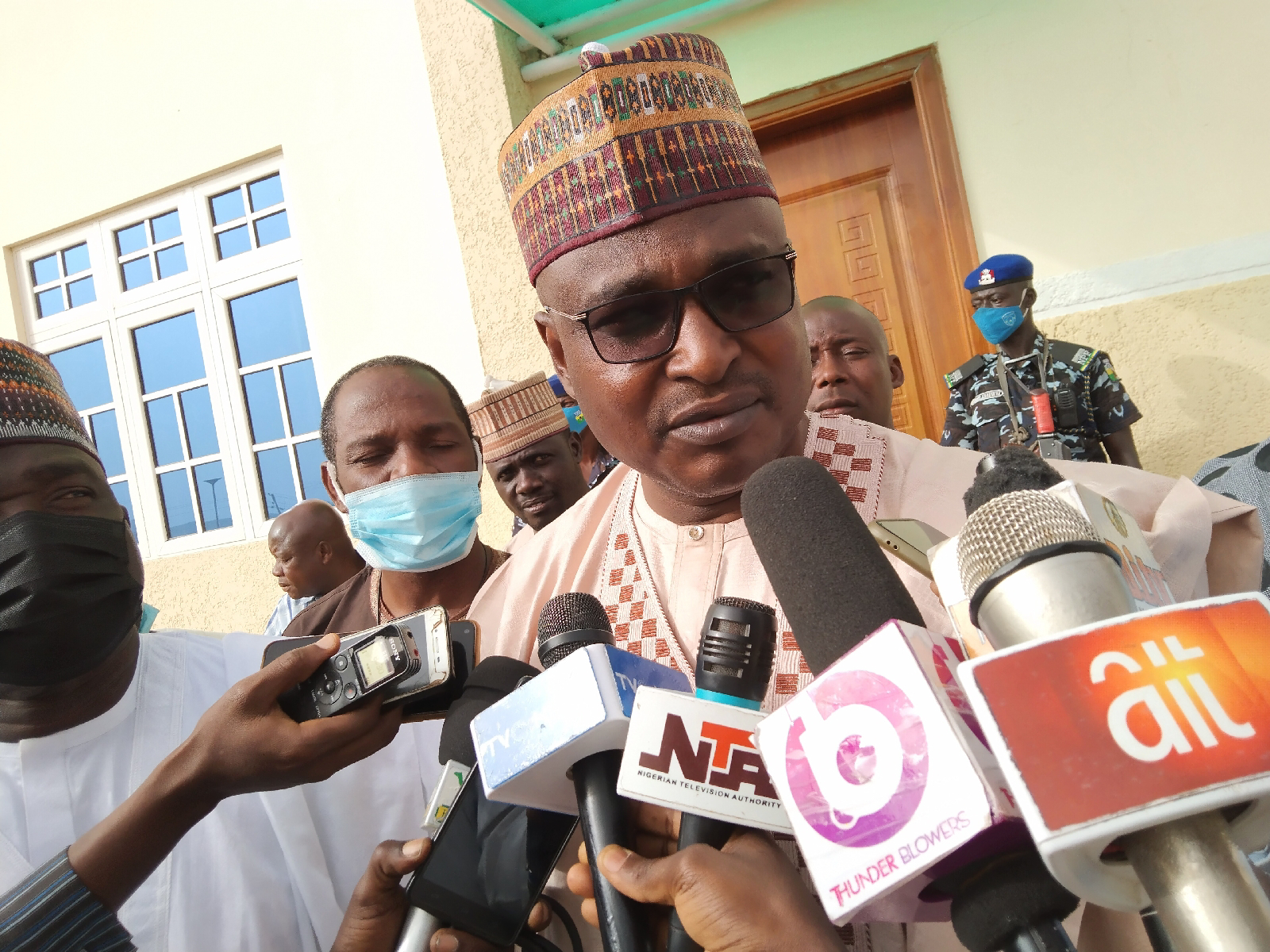 Picture of Lawal M. Liman Zamfara APC Chairman
Chairman of Zamfara APC Caretaker Committee Lawal M. Liman Kaura has expressed confidence that, supporters of Peoples Democratic Party cannot go to bed and sleep with two eyes closed considering the prospect of the opposition APC in the state.
Liman who spoke with news men shortly after membership revalidation for Sen. Ahmad Sani Yariman Bakura at his poling unit in Zamfara said the unity among the APC supporters in Zamfara is visible and speaks clear about the prospect APC has for the state.
He said, with the revalidation of APC membership card for Senator Yarima it has become clear that, Yarima is fully on ground to continue to work together with other stakeholders for the development of the APC.
He commended the effort of the Chairman of the national caretaker committee Mai Mala Buni for his giant reform aimed at transforming the party urging all party supporters to stand firmly by his leadership style.
He also commended the effort of Zamfara APC leader Abdulazeez Yari Abubakar for his tireless effort and support for the development of the party.
Liman also called on the APC supporters to come out and revalidate their membership register with a view to developing the party.
Related Topics: