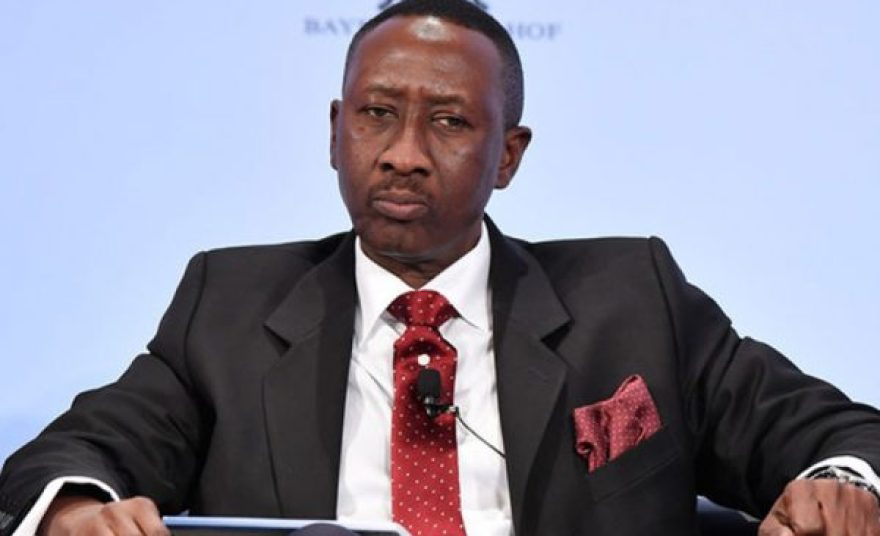 The National Security Adviser (NSA) Maj. Gen. Mohammed Babagana Monguno (rtd) has assured that current spates of  insecurity in Nigeria will soon be a thing of the past.
Monguno gave this assurance on Wednesday at the Government House Sokoto when he led a delegation to commiserate with Governor Aminu Waziri Tambuwal and the people of Sokoto over the recent attacks on various communities in the state which resulted to the death of 74 persons.
The NSA disclosed that, the purpose of his visit was to conduct an assessment and also consult with critical stakeholders in the state based on the directive of President Muhamnadu Buhari.
He disclosed further that, the president was worried about the lingering security challenges in the North west adding that security issue is a collective effort of all stakeholders in the society.
Gen. Monguno stated that, the president had assured Nigerians that he would do everything humanly possible to curb the menace assuring  that all hope is not lost to that effect
According to Monguno, the Buhari administration had done a lot in the area of security as he disclosed that the earlier security challenges confronting Nigeria were conventional but now it had taken an advance stage of becoming a systemic warfare that requires human and technical intelligence.
While at the Palace of the Sultan of Sokoto Muhammad Sa’ad Abubakar III, delivered the president’s heart felt condolences to the people of Sokoto state and assured that, Federal Government had resolved to bring to an end the security challenges faced by the country.
Mr. Monguno also asked for Sultan Abubakar’s support and advice aimed at tackling the security challenges confronting Nigeria.
In his responce, the sultan thanked the president for remembering the people of Sokoto at this trying period and assured the NSA and his team of his maximum support.
Among the entourage of the NSA included inspector General of Police Muhammad Adamu, Director General of Department of State Service Yusuf Magaji Bichi, Director General National Intelligence Agency Ahmad Rufai Abubakar and Chief of Defence Intelligence, Air Vice Marshall Mohammed Saliu Usman.
Related Topics: