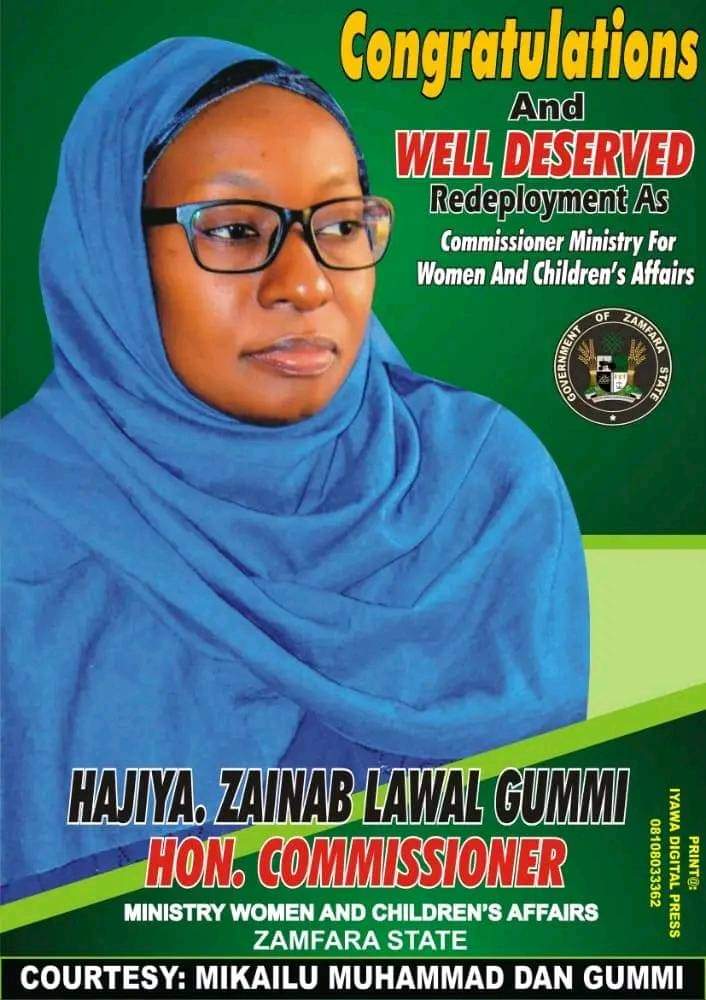 She was warmly received by the staff of the Ministry led by the Permanent Secretary Mrs Barira Ibrahim Bagobiri.

The commissioner was equally in company of hundreds of friends relations, and we’ll wishers.

The Commissioner expressed happiness with the overwhelming reception accorded her in the Ministry and promised to work harder improving the standard of the operation of her ministry.

Mrs Zainab Gummi promised to work hand in hand with the office of the First Lady Hajiya Aisha Bello Matawalle with a view to getting the desired change of the administration in the area of women and children fulfilled.

According to the Spokesperson of the Ministry Mr. Sulaiman Isah the Commissioner” assured that, she would work harder to make sure that she uplift the life of women and children in the state”.

She also commended the Governor for according to her the opportunity to serve the ministry again in her capacity as the Commissioner.

In her remarks on behalf of the officials of the Ministry, the Permanent Secretary Hajiya Barira Bagobiri thanked the Commissioner for her continued support to the administration of Bello Matawalle and promised to accord her all the needed cooperation for her to succeed.

She also lauded the contribution of the First Lady, especially around Skills Acquisition and urged her to sustained the tempo.

ZAMFAFA COMMISSIONER FOR COMMERCE ATTENDS WORKSHOP ON LEADERSHIP IN ABUJA