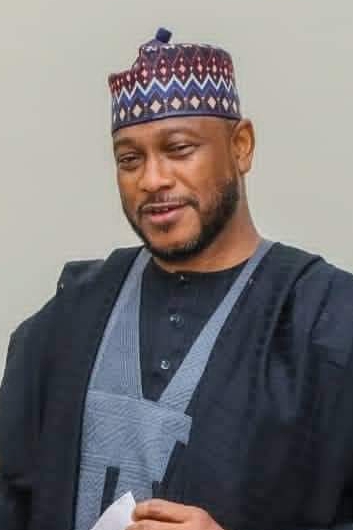 I have listened to the interview granted by the PDP gubernatorial candidate in Zamfara Dr. Dauda Lawal Dare with the BBC and for me, I believed Zamfara people are too educated to be deceived with such a careless statement, especially those that relates to issue of insecurity.

I wonder how Dauda would look at a typical Zamfara citizen and tell him Matawalle as seating Governor has done nothing to ensure that the lingering insecurity facing the state has ended for me that is the highest level of injustice to Matawalle.

Dauda should be made to understand that the solution to insecurity lies with the Federal government of Nigeria and that, Matawalle in his own wisdom is only investing heavily in security management of Zamfara in order to get his people secured and safer and there is no regret about it.

For me, the statement by Dr  Dauda Lawal is too abusive to the integrity of Zamfara people because I challenged him to come out in the public to declare what he has done in support of the fight against armed banditry, the killings, and abduction going on in Zamfara state.

As gubernatorial candidate with super power connection as he claimed, I challenged him to come out in the public and tell Zamfara people what he has done in terms of provision of operational vehicles, funding of even local security operatives as well as use of his connection to secure more troops for Zamfara people especially those living in the rural areas.

The fact that he is contesting for a Governor does not mean he shall resort to playing game of blame what Zamfara people needed from him is to see his practical support and intervention, especially in facilitating the deployment of more troops to Zamfara as well as contribution in terms of provision of more operational vehicles to aid the security operatives working in the state if truly he is connected and he has Zamfara state at heart.

Since May 25th 2022 when Dr. Dauda Lawal secured a gubernatorial ticket he stayed away from Zamfara and made himself incommunicado to even the PDP supporters and this tell everybody who cares to listen that Dr. Dauda Lawal is now pulling out of the cave and only understand that he cant pilot the awaiting passengers from their hotel rooms not to talk flying them on the sky.

From May 2022 to date for instance, over one hundred attacks were recorded in Zamfara and I challenged Dr. Dauda or his entire PDP supporters to tell Zamfara people a single day when he or they paid any condolence/sympathy visit to victim communities or offer any help to assist them cushion the effects of the hardship they were subjected to.

On the issue of blueprint that Dr. Dauda claimed he has, for me, it is just a mere dream, or I rather said is theoretical because in my analysis of his political antecedents he believed leadership is microscopic meaning easy to say than done.

He stated in that interview that, when campaign started he will unveil his manifestos to the people of Zamfara state and for me he does not have any because by analysis of his interview and for someone who is interested in the citizen’s vote, media is the best avenue to sale out your priorities and preference. We await him to say what he has during campaign I am sure Matawalle campaign team will have answer to all that he will raise.

As for his dream of reviving the Zamfara Textile Industry and ginneries, I think Dr. Dauda  has failed the examination because there are new models of economic and entrepreneurial interventions that Zamfara people needed more than the textile and cotton ginneries and soonest Matawalle will unveil them when the investors he invited finally arrives at Nigeria.

I will call on Zamfara people to please ignore the interview by Dr. Dauda Lawal because it is empty and full of misdirection.

I am not saying Matawalle is right 100% but clearly Matawalle has done well on the other way because he is on top of his steps to ensure that life of typical Zamfara person has changed.

The new security measures deployed recently by the Governor is enough to understand that Matawalle will get things right by the Special will of Allah.

As for Dauda he better go and face his business in Dubai and England that is what fits him the best. The funny part of the whole scenario is that someone who cannot speak Hausa the original language of the people of his immediate constituency fluently will come back to make a burst that he can proper solution to the problem of the people.

Dauda should understand that leadership is not a joke and it required someone who is not only realistic but very serious minded person to manage it’s requisites and for me I don’t see anything serious about Dr. Dauda a Governorship candidate that is disconnected with his root and a politician who hides in his Abuja comfort zone and share a folktales to those who cares to listen.

If he is serious let him come back to Zamfara and stay with the people so that he will understand how genuinely leadership of Zamfara required someone with vast experience of politics, human relations and social coordination.