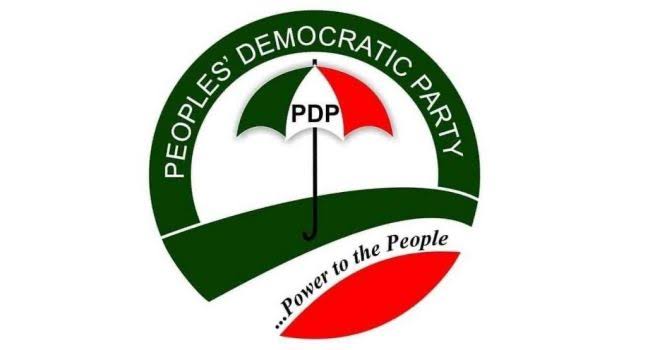 •CAN THE PDP AND DAUDA LAWAL TAKE ANOTHER GAMBLE OF APPEALING THE FHC GUSAU JUDGEMENT?

•PDP AND DR. DAUDA MAY LIKELY HAVE TO APPROACH THE COURT FOR AN ORDER.

•WHICH OF THE SPLINTER LEADERSHIP OF ZAMFARA PDP IS TO CONDUCT THE FRESH PRIMARIES?

The recent development within Zamfara PDP is really a source of concern and a serious setback for the chances of the party in the 2023 polls.

On Friday the 16th of September 2022 the Aminu Bappa led Federal High Court in Gusau has nullified the election of Dr. Dauda Lawal as the PDP gubernatorial candidates for Zamfara. The election was nullified on the ground that it was not conducted in substantial compliance with the constitution of the PDP and electoral guidelines.

The party was ordered to conduct a fresh primary election in accordance with the party electoral guidelines.

Now Dr. Dauda and indeed the PDP has two options of accepting the verdict in good fate and go back for fresh primaries or appeal the judgement. Whichever one they have accepted, it may have its future consequences.

If for instance they accepted to go for appeal they should be wasting at least (90) days awaiting the decisions of both the appellate and Supreme Courts and these are the number of days left for the PDP and Dauda Lawal to reach to the people by way of political campaign.

Can Dauda Lawal and PDP take another judicial gamble of appealing the judgement of Federal High Court considering the dimension of the case? What if they lost the appeal, God-forbid?

As for the PDP the party accused of not conducting the gubernatorial primary election in substantial compliance with the laws, can it venture into another gamble of going for appeal? What if the position of the lower court was affirmed?

If the appeal is finally strike out by the Supreme Court for instance, is PDP Zamfara ending up without a gubernatorial candidate in the forthcoming 2023 election? I think these are big questions that required logical answers.

But what if they decided not to appeal the judgement and take the option of going for fresh primaries? These are big hurdles that may be difficult for the PDP Zamfara to cross.

One, can INEC just accept the PDP request for fresh governorship primaries? The answer is unless if the (109) pages copy of the judgement came with a consequential order and pronouncement compelling INEC to allow for the fresh primaries in Zamfara by the PDP.

The new INEC timetable for the schedule of electoral activities allows political parties to conduct their primary elections between April 4th to June 3rd 2022. The parties were guided by the same timetable to submit the names of their elected candidates between 9:00am on Friday 1st July 2022 to 6:00pm on Friday 15th July 2022.

Political parties are to commences their campaign in respect of gubernatorial and State assembly election on Wednesday the 12th of October 2022.

With this development, one will wonder how the PDP is going to approach INEC requesting for permission to conduct fresh primaries for the Zamfara Governorship candidates.

A source at Zamfara INEC who spoke on the condition of anonymity said the judgement alone cannot compel INEC to allow for fresh election since political activities are aligned based on timing. He said unless if the judgement is accompanied by a “consequential order” compelling INEC to allow the conduct of fresh primaries for PDP Governorship candidates in Zamfara that judgement is binding only on the PDP.

A lawyer also interviewed on condition of anonymity confirmed that the only option for the PDP on Zamfara case is to go back to court and seek for an order compelling INEC to allow for the conduct of the fresh primaries because definitely the party will face resistance by the INEC with the existing judgement.

“Political activities are conducted by INEC based on timeline and because a certain political party has refused to do certain things right, that shall not affect in any way the validity of schedule of activities by the INEC”.

INTERNAL LEADERSHIP CRISES WITHIN THE PDP IN ZAMFARA

Observers of the political development in Zamfara presume that a lot need to be done by the PDP to put its house in order before it can get things right this time around.

The party for now has two Chairmen, the one elected by the delegates Col. Bala Mande and the other one anointed by the party power brokers in Abuja Mr Abubakar Coach. The same way it has two secretaries, Shatiman Rijiya who was also elected by the delegates during the PDP convention and his assistant secretary Mr. Zwingina who was anointed to act on behalf of Shatiman Rijiya by same power brokers in Abuja. And we have Mukhtar Lugga the defected APC politician who was asked to step into the shoes of Prof. Kabir Jabaka the man who dumped the party as the Deputy State Chairman for the NNPP.

The big questions are which of the splinter leadership will INEC recognized?, is this the Mande leadership or that of coach? Who is to conduct the fresh primaries if the parties decided to go for another primaries? Even if it is the option of the appeal, who will file the appeal on behalf of Zamfara PDP? These questions required rational answers.

As for now, both Bala Mande and Shatiman Rijiya have refused to tender their resignation letter as opined by the power brokers during the Abuja meeting and no one had ever sighted any!!!.

By implications, they are not ready to quit their respective leadership positions. As for Mande he stood his ground that, the provision of section (48) of the PDP which barred members from holding dual positions cannot be enforced on him because securing senatorial ticket cannot result to winning election as senator.

But a lawyer told this medium during an interview on phone that, unless the right step of instituting a proceeding against the officers ordered to vacate their seat was rationalized, no one shall have the power to ask an elected party official to vacate his seat.

He said he is certain that INEC will only recognize the leadership of Bala Mande pending another right step taken by the party. He warned the governorship candidates going for another fresh primary to be wary of this statutory position of the law so that they shall not venture into another mistake again that will call for fresh litigation.

“Let them allow Bala Mande leadership to conduct the fresh primaries or if they have time they shall set up a proceeding to remove them or plead with them to voluntarily resign so that a mini convention can be done to elect new leadership. This is the right option for the Zamfara PDP” The lawyer opined.

TIME IS OF ESSENCE

What shall the PDP leadership remember is that in the whole of this drama and debacle, time is of the essence, and they need to move down to Zamfara and start planning to get things right.

The issue of holding meeting(s) in Abuja or Kaduna cannot work, the stakeholders of the party back home here are very critical in terms of consultation and decision making. More or less the party have to understand that the politics and the arithmetic are to be done here in Zamfara not Abuja.

As for the aspirants if the position is to go for the fresh primaries, time has come for all of them to come back home and begin to engage the appropriate stakeholders, especially the delegates. I am sure the delegates have realized where they got it wrong in the past and would surely take the right step to correcting the anomalies. It all defend on how the aspirants played their game.

EFFECTS OF SOCIAL MEDIA ON TEENAGERS.

AND NOW THAT WE HAVE A NEW KING: CHALLENGES BEFORE KING CHARLES III OF ENGLAND.