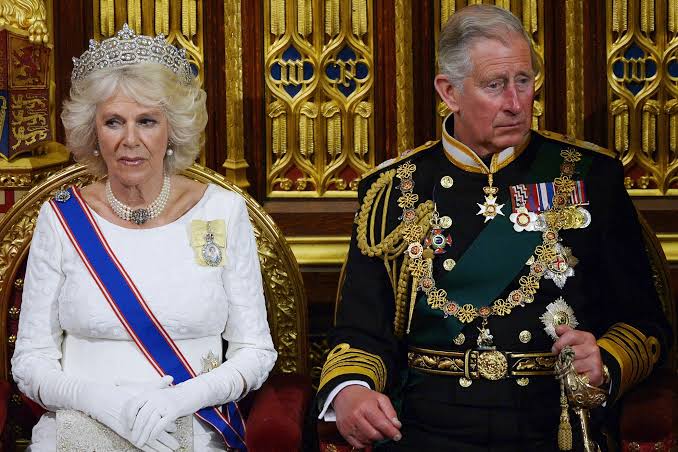 On Thursday afternoon September 8, 2022, Queen Elizabeth II died peacefully at her residence at Balmoral Scotland, at the age of (96), she ascended the throne in 1952.

Following the queen’s death, king James III the Prince of Wales will be expected to address the nation, and he did.

King Charles -Charles Phillip Arthur George. The new king of England ascended to the throne on the death of Queen Elizabeth (his mother) on the 9th September 2022, he has been adjudged as the longest serving her apparent in the British chequered history at the ripe age of 73 years.

He was born 19th November 1948 at the Buckingham Palace, London. King Charles henceforth adopted the title of King Charles III, he chooses to keep his name as royals can choose another upon ascending the coveted throne, with this development the prince of the Duke of Cambridge, will then become the Prince of Wales.

Though king Charles III has officially been proclaimed as the British Monarch, there are controversies and challenges he has to grapple with as he settles to face the business of royal leadership.

Though he has spent (73) years preparing for this role under the tutelage of his mother Queen Elizabeth II yet experts projection conclude he would face an uncertain course that took place to the nations under which the British Monarchy rule.

These changes are both at the UK’s home nations. Binding the 14 additional countries in the common wealth, which have changed.

Over the 70 years of the Queen’s reign. His tenure on the throne will be defined by how he respects the new tension -the relationship between sovereign nations and people.

The challenges king Charles III will face could be simply distilled into three -the British or home challenge, A Global king and A Neutral King.

History has revealed that the relationship with countries of the former British Empire has changed over the seven decades of Queen Elizabeth II’s rules. This is a challenge for king Charles III to which he needs to adapt to social, political and generational tension within British itself.

The population of UK’s 70million spread among four divided nations along class, generation, geography, and the economy, this is reflected in London with a parliament representing the four home nations of Wales England, Scotland and Northern Ireland. The irony apparently as, the Royal family loves their Balmoral estate, in Scotland where Queen Elizabeth died-their retreat from the affairs of the state. But it remains a billion-sound question whether king Charles this retreat.

Pundits also believes that Charles is not endowed with the qualities that endowed Queen Elizabeth to the Britain of all classes Memoirs and biographies described Queen Elizabeth as special but a good grounder who is “like us” This established the narrative that the royals are inclusive of all people in their realms one wonders whether the new king will follow the act This indeed is a herculean task for king Charles III to present himself as a monarch for all trictons of all race, social class and nationality.

When Queen Elizabeth II assumed the throne in 1952 as the queen-she was Queen of the United Kingdom. She was also a Queen of Jamaica, New Zealand. Papua New Guinea, Canada, Tuvalu, Australia and several other countries and more people live in those nations than in the UK’s 70 million now all are the subjects of the new king Charles III.

The only concern is whether all these countries accept the king in the manner in which they accepted his mother remains kind of a Mystery’ Many attained their independence at the beginning of Queen Elizabeth reign tagged as “Era of Rapid Recolonization “during the 50s and 60s majority of those former colons India, Pakistan, and all Britain’s African colonies (including Nigeria became republic right before this early years of her reign (1952-1955).

The tie of monarchy also held the promise of promoting ongoing economic and political ties with the UK, but this is illusory as the head of the Monarchy resides in Britain and supports primarily British charities and sits at the top of British society.

Finally, the new king Charles III will face the questions about political society. His mother Queen Elizabeth II during her era was tactful not to reveal her personal feelings or political beliefs. She was at this some time the most public and most private individual in Britain during her 70-year reign She was enthusiastic pious and a patron of various charities.

Experts state that despite his cultured up-bringing and finesse -The new king Charles III has a contrary public reputation. He was rated as extrovert and has been out spoken in a range of controversies in farming, health, architecture, and the environment, some of these issues related to political and cultural debates.

A 2015 publication by the Guardian of London about letters as evidences that he lobbied Tony Blair’s government directly on matters of personal interest to him.

This is a contradiction as it will show the risk of compromising his constitutional role as a sterling monarch who reigns but does not rule to be out of those challenges, for king Charles III may be about letting go as much as holding on “as one writer summed it up.

Many observers, however, believe that the definition of Success “for a 21st century British monarch is hard to pen down in terms of influence, harmony, and reflection of society set us a good example or just sheer survival. Only time can tell how King Charles III will struggle with all the above constituencies and sense them well to face the above palpable challenges.

ZAMFARA FHC JUDGEMENT AND HURDLES AHEAD FOR PDP AND DR. DAUDA LAWAL

INFORMANTS AND ARM SUPPLIERS PARADED BY POLICE IN ZAMFARA