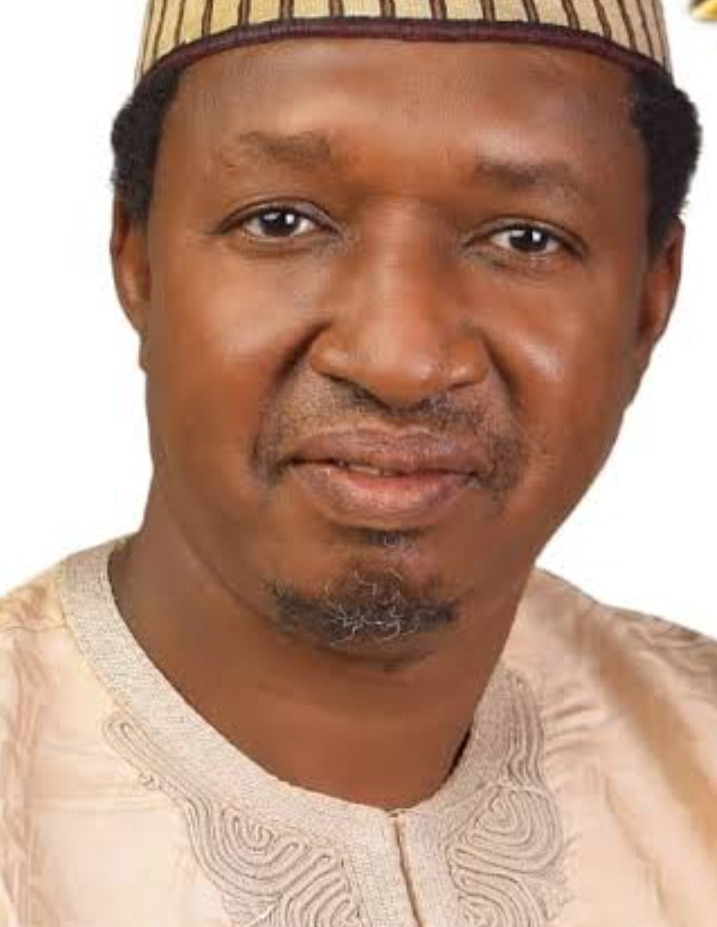 Before the recent defection of Zamfara PDP Vice Chairman Prof. Kabiru Jabaka, people and indeed the supporters of the PDP expressed hope that the party may be wearing a new look as the biggest opposition party in the state.

His views and perception about his former party, the PDP are something the party leadership and indeed all the candidates needs to read and read again with a view to taking the appropriate steps of getting things redressed.

Jabaka raised a critical challenge for the leadership of the party in the state, where he accused the state party Chairman Col. Bala Mande rtd. of romancing with the ruling APC.

He clearly accused the party Chairman of leasing his biological son to the APC for an appointment and also continue to rule the party with high sense of political impunity and without being considerable of the laws of the country and statutory laws of the party as well.

Long before now, the party supporters have been wondering why stakeholders in the party allow the current party Chairman, Col. Bala Mande rtd. to continue to stay in office as party Chairman after securing the senatorial ticket.

Section 48(1) of the constitution of the PDP has prohibited a party official from holding two positions at a party. Col. Bala Mande is indeed the party Chairman and as well as the PDP senatorial candidate for the Zamfara North.

A chieftain of the PDP Nasir Bamanga wondered why the party has not taken the most appropriate decision of appointing a new capable party man as the Chairman of the party in Zamfara since the constitution of the party is clear so that he can steer a new plans and initiate brand-new ideas that will move the party forward.

Another party chieftain in Zurmi Alh Lawali Aliyu Zurmi said, since the inception, PDP should have look for strong-minded person to serve as its Chairman because for him, Bala Mande is not active and healthy enough to lead the party at the peak of the 2023 general elections.

“PDP may likely loss the Zamfara North Senatorial seat because Col. Mande has never for once, done anything to show he is serious about his contest for thebpost of Senator. Remember we are facing a more serious politician in the opposition PDP and a serving Senator, Sahabi Alh. Yau and nobody in that zone is talking about the PDP candidate as per 2023 election”.

“He need to disengaged himself or disengaged so that he can come back to his constituency and get connected with the people if not the party will suffer as per senatorial race for the Zamfara North”.

“He has not come to meet the people of his constituency since he secured the ticket, and neither Ramadan nor Sallah gesture was distributed to the people on his behalf. In fact, people from that zone are disconnected with him completely” Zurmi added.

Not only the Chairman, there are those who have the strongest perception that the party leadership has to be restructured completely if the Zamfara PDP is serious about winning the 2023 election.

Bamanga for instance believes that, “capable persons shall be reconsidered for appointment into the leadership of the party, arguing that even if it requires conducting mini-convention let it be so that the party leadership can be stabilized to face the desperate incumbency in the state”.

On the inability of the PDP to tackle the ruling party on sensitive matters of governance as alleged by Jabaka, some concern PDP supporters presume that, the party, and its gubernatorial candidate need to as a matter of urgency set up a campaign council so that formal party structure can be supported to engage the ruling party on the best way to stabilize the state polity.

Sanusi Gusau a PDP supporter insisted that, “Jabaka is right because, the opposition PDP is no more following the trend of event as it relates to governance in Zamfara state. Nobody is talking on behalf of the PDP and the opposition is dead by virtue of the circumstances of the silence of the party on sensitive matters of governance.

As for the gubernatorial candidate and his lack of commitment as alleged by Jabaka in his press statement, many people have been raising similar concern, especially as the clamor for Dr. Dauda Lawal to rejig his political campaign structure continue to rise high.

Bamanga insisted that “the campaign structure for Dr. Dauda Lawal shall be widened to accommodate more active and capable people so that fresh ideas can be brought into the movement.

“With the level of complaints raised by party stakeholders across the divides, against the campaign structure of Dr. Dauda Lawal led by Engr. Garba Ahmad Yandi, something need to be done to address the grievances of the people. You don’t ignore party supporters if they are raising alarm against someone who is supposed to do a better thing, and in their assessment he refused”.

“It is time for Dr. Dauda to re-assign Engr. Yandi with another role and fix someone with bigger political experience to take over so that he can create a stability within the politics of the PDP and in my opinion it is too dangerous to ignore the calls by the party supporters who expressed reservation and their discomfort about someone you have delegated” Bamanga added.

Another PDP supporter, Sarkin Samarin Tsafe was of the views that, “the gubernatorial candidate need to bring new faces closer to him so that the journey can be expanded. As I speak to you, I am an ardent member of the PDP and I don’t know the campaign coordinator of Dr. Dauda in my own local government Tsafe and I don’t think this is right thing to do in politics”.

Now that the concerns are being raised, the onus lies with the PDP Zamfara and its critical stakeholders to do what is necessary to avert killing the morale of the party supporters.

It is the general opinion of the people in the PDP Zamfara that, things are not working well from top to the buttons and beyond the solidarity from the people, the party as a structure need to be repositioned for the better.