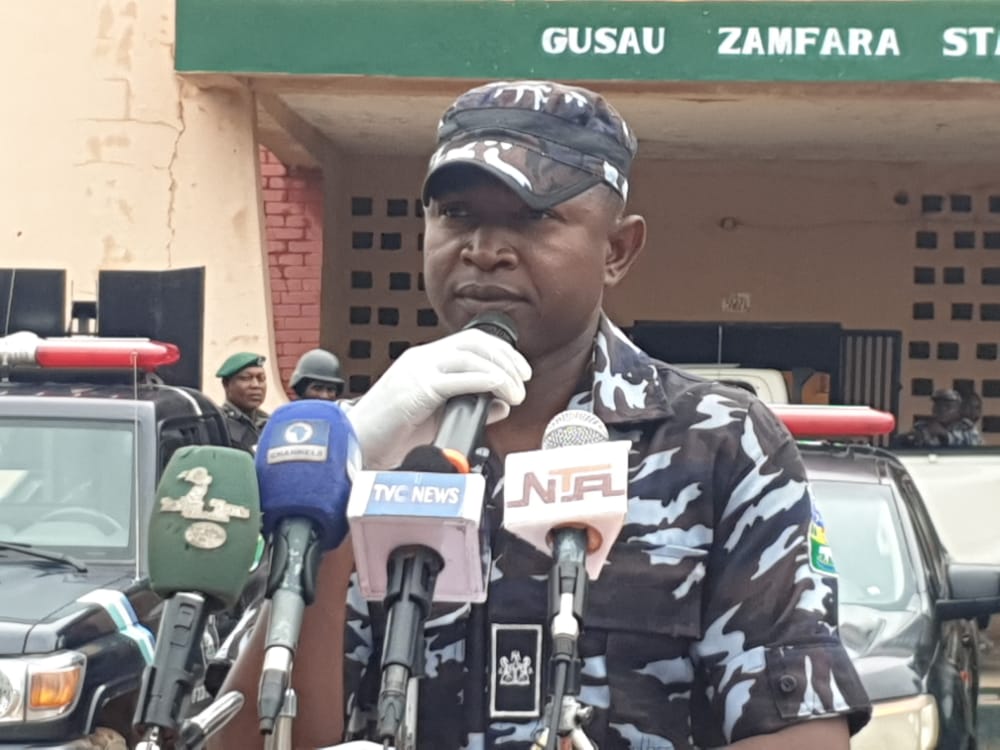 According to the statement by the police spokesperson SP Shehu Muhammad one AK49 rifle, a Lar Rifle and (174) round of live amunitions were recovered from the suspect after his arrest.

Shehu further said “on the 16th September 2022 at about 1400hrs, police tactical operatives of the command while on surveillance patrol along Gusau – Kotor Koshi – Mada axis, intercepted the above named bandit.

He added that “during interrogation, the suspect confessed to be one of the notorious bandits terrorizing Mada and Kotor Koshi with banditry attacks, kidnapping, cattle rustling and other heinous crime.

“During on the spot search, one AK-49 and one Lar rifles and 174 round of live ammunition were recovered in his possession. The suspect made important revelations that are currently assisting police investigation” Shehu added.

While assuring that the suspects would be investigated and arraign in court for prosecution, Shehu reaffirmed the commitment of the police Commissioner CP Yusuf Kolo of clearing the state from acts of criminal ties as contained in the cardinal objectives of the IGP Baba Alkali.