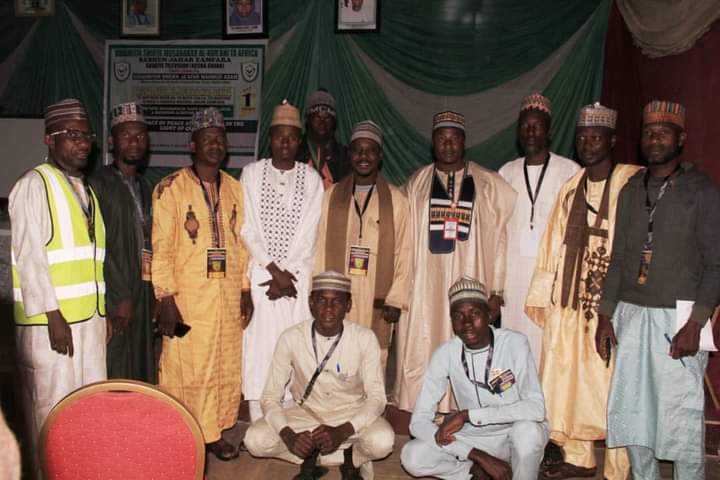 The event which is currently taking place at the Zamfara UBE Teacher Training Center Gusau was organized by Gaskiya TV Accra Ghana in conjunction with the Sheikh Jafar Foundation Kano.

The competition which has fifty members as participants is strictly for (60) hizif and is for female participants only.

Speaking at the opening ceremony Chairman Zamfara State Committee for the competition, Malam Nura Alkali Mafara says eight states including Zamfara were selected in Nigeria to participate in the competition noting that those who score first to third positions would represent the state at the national level scheduled for February in Kano State.

The Chairman, who added that the competition was organized to encourage correct recitation and memorization of the holy Quran, especially among Muslim children, expressed the hope that the state contingents will emerge victorious at both the national and regional levels.

He used the medium to thank officials of state and national committees for working tirelessly to make the event a reality, while also appreciating other individuals who contributed in one way or the other toward the successful take-off of the competition.

In her remarks to the Matron for the competition, Hajiya Jamila Musa Kanoma enjoined the participants to make the state proud by being good ambassadors wherever they might find themselves.

In a brief sermon delivered at the event, an Islamic Scholar, Dr. Bashir Isah reminded Muslims about the significance of the holy Qur’an and called on the people to always seek for knowledge for victory in this world and the hereafter.

Earlier one of the judges of the competition, Malam Murtala Aliyu Dabbagi had outlined the guidelines for the exercise, assuring to be just and fair to all contestants.

Goodwill messages were delivered by various personalities that graced the occasion, including representative of the emir of Tsafe who commended the organizers for their tireless effort and urged the participants to uphold to the teachings of the holy Qur’an and not to see the contest as a do-or-die affair.