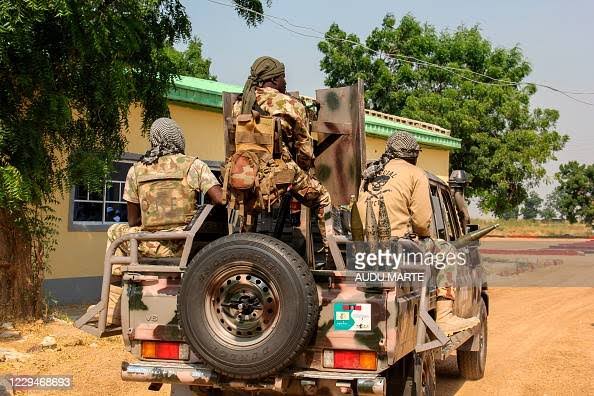 Some suspected gunmen laid ambush on the Nigerian army operating in some parts of Bungudu local government area of Zamfara state and killed three of them.

According to a source interviewed by the BBC Hausa service on Thursday, the bandits laid ambush on the military personnel while they were moving to abort a planned attack against some communities in Karakkai, Kwanda Haki and Yar Katsina and opened fire on one of the operating vehicles of the Nigerian military.

“The military heard about the planned movement of the gunmen around Karakkai, Kwanda Haki and Yar Katsina on Tuesday night, and they decided to confront them and while the military were on the move the gunmen laid ambush and opened fire on one of the moving vehicles shot the driver and also killed two other soldiers”.

Though he said some unverified reports indicated that the gunmen had also lost some of their members to the counter firing by the military operatives, residents of the villages around the incident areas had become scared of the development.

‘’People usually went to the Bingi market every Thursday but because of the development we asked every one to stay where he is pending assessment of the development because the attack on the military operating in the area had raised more fear among the residents”.

BBC said they could not get confirmation from the spokesperson of the military in Zamfara after several efforts made to that effects, and also reported that police denies responding to the issue on the ground that it was not within their jurisdiction.