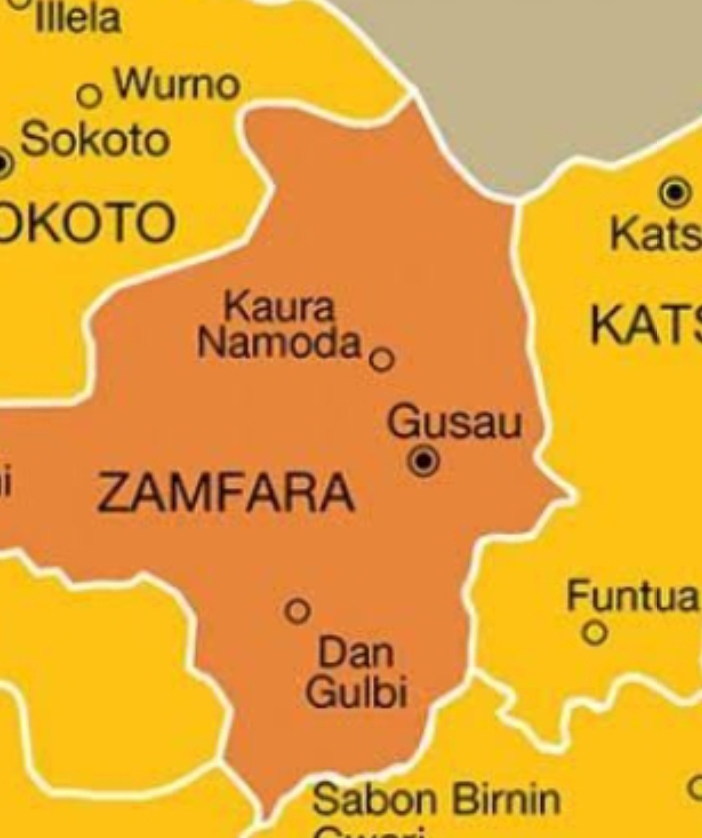 PEOPLE ARE SLEEPING IN THE BUSH DUE TO THE FEAR OF THE BANDIT ATTACKS
……………………………….,…………………………………
One of the sections of Zamfara state that is facing the hard way as a result of the activities of the armed bandits is Gummi local government.

In recent time, the suspected armed bandits who have been waging deadly war against Zamfara communities since 2011 have now moved toward Gummi area taking advantage of the thick forest that link that part of Zamfara to the neighboring Kebbi and Sokoto to be attacking innocent people.

They have been consistently launching attacks on communities around the areas resulting in unwanted death and displacement of dozens of communities.

According to a source, there are estimated 3,227 residents from (32) communities in Gummi local government area that have been forcefully moved out of their homes due to the inhuman nature of the armed bandit operations.

The major parts of Gummi town that suffered from these serial attacks include Gyalange, Bardoki and Illela Awal and while lamenting the level of deteriorating condition of the displaced person from these invaded communities a source from the local-based community organization in Gummi said, the displaced persons mostly women and children were left helplessly to their mercy.

In an interview with the newsmen, the District Head of Bardoki Alh Kasimu Matankari said, “we were most terrified by these heartless bandits, they killed three people and injured two others in the recent attack they launched in our community lamenting that he could not trace the where about of his wives and children since after the attack.

“They ransacked our community, vandalized all the shops, carted away with food items, telecommunication gadgets including motorcycles and also shot at any citizens sighted during the operation” the traditional ruler added.

He stated further that “Hamza Kaura, Lawali and Mukhtar Letiman were those gruesomely killed during the attack while one Lawali Dan-chali was hospitalized at the General Hospital Gummi

In another development, another source informed this medium that “another group of bandits displaced people in eleven villages including Gwalli, Karaye, Barikin Daji, Loni, Lanke, Duddai, Gidan Illo Marina, Kwado, Sagon-Garbe and makaranta”.

He added that, “settlements under Ilella Awal in Gummi such as kurfa, Falam, Tsibiri, Falam Birni, Unguwar Gamji, Kwalmi Masama and Gabtu were terribly attacked by serial armed bandit attacks”.

The source added that villages in another part of Gummi affected by the armed bandit attacks within this week included Dangwai Babba, Dangwai Karama, Dan-Awo, Abu-Rufe, Unguwar Bawa and Dan Dutsi.

A health personnel who narrowly escaped death from one of the attacks told newsmen that in the village where he was serving, the bandits after launching the attack rustled over (45) cattle.

“we moved into the bush and slept behind the grasses for three days now to avoid being killed, a (32) year old Sani Surajo told newsmen.

“Our people were forced to move to GUSS and GDSS Gummi as refugees and as I Speak to you, we are not certain when to return to our respective villages due to the fear of the bandits” a source added.

“Our fear is for the attacks to escalate and reached the local government headquarters of Gummi because that will be too terrible. Life is becoming too harder for many of us living around Gummi villages”

Police Public Relations Officer in Zamfara SP Shehu Muhammad said the police had received the report of the happening along Gummi area and already deployed police tactical teams to ensure that security has been enforced.

DOCTRINE OF SELF DEFENSE: GOD IS GRADUALLY VINDICATING GOVERNOR MATAWALLE

BANDITS KILL (3) AND ABDUCT (27) OTHERS IN ZAMFARA COMMUNITY