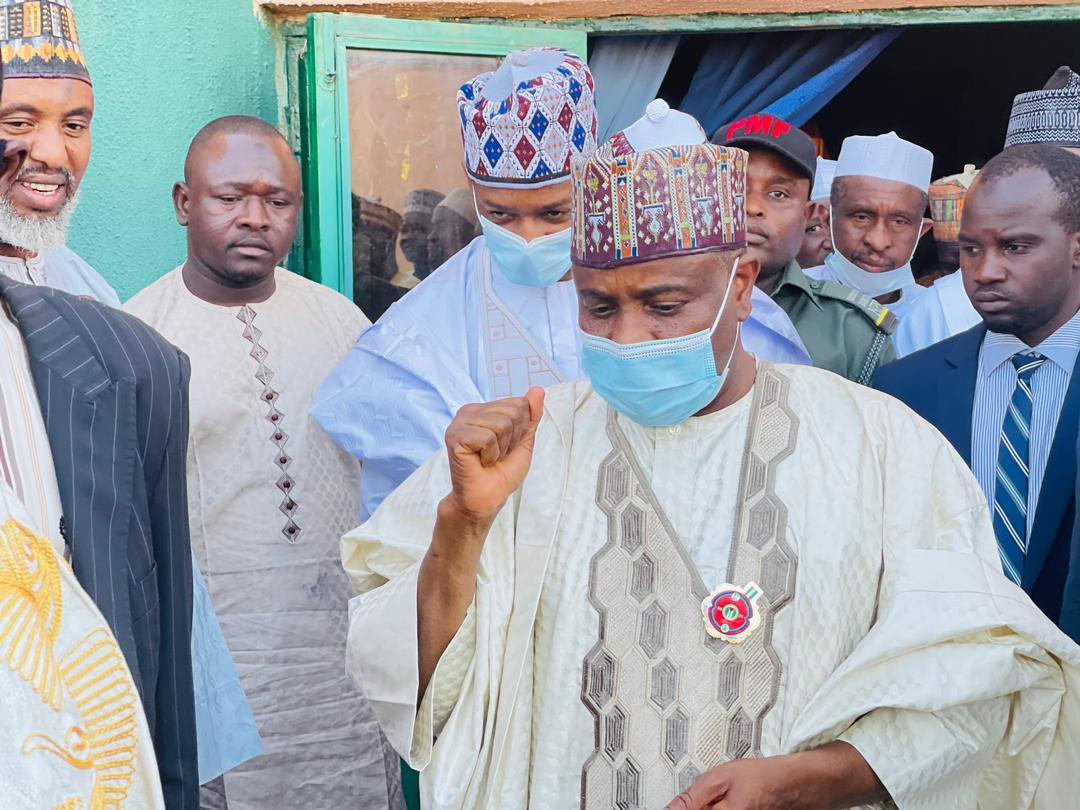 Governor Aminu Waziri Tambuwal of Sokoto State on Thursday condoled the government and people of Zamfara State over the death of Alh. Malami Aliyu ‘Yan Doto.
Late ‘Yan Doto died couple of months ago in Sokoto. He was before his death the Chairman of Zamfara State Civil Service Commission.
In a statement by Tambuwal’s Spoke Person Muhammad Bello said, Tambuwal was accompanied to the palace of the Emir of Tsafe by the Deputy Governor of Zamfara State, Barrister Mahdi Aliyu and the Secretary to Zamfara State Government, Alhaji Bello Bala Maru among other dignitaries. 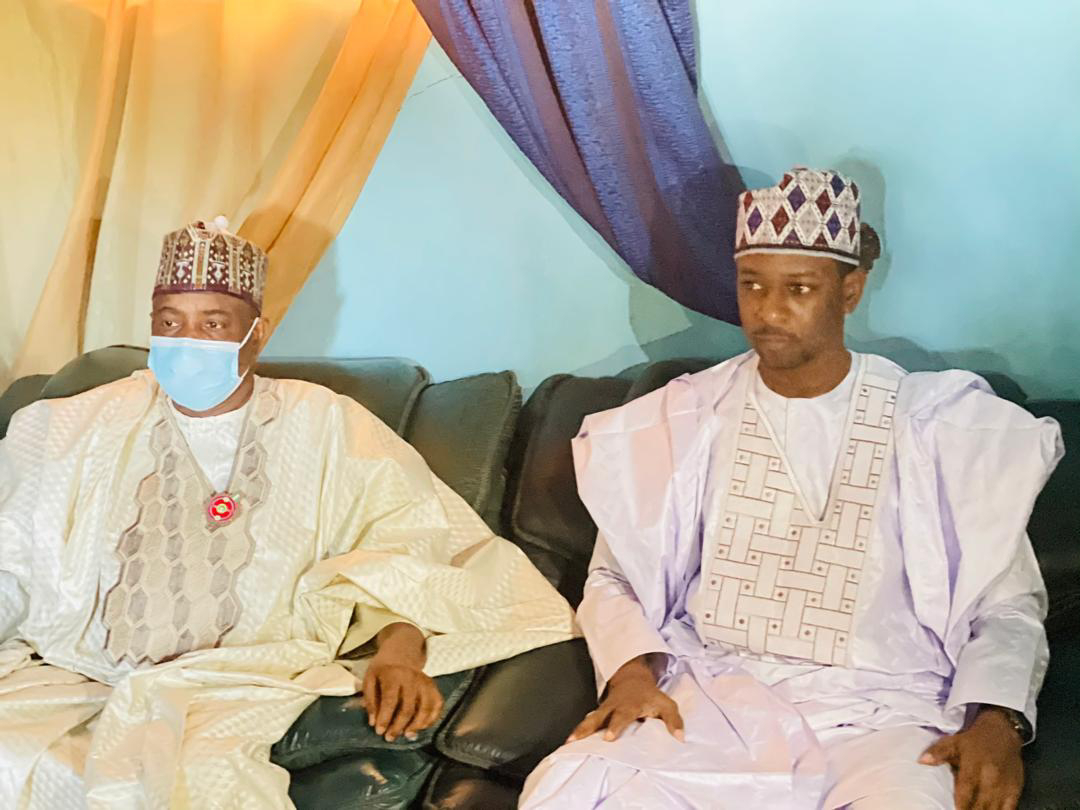 Governor Tambuwal said “we came to condole the government and good people of this state over the death of our friend and brother Malami Aliyu Yandoto.”
“His sudden death is a lesson for all of us. It was instructive. Having known  him all these years, especially at the Nigerian Law School, Lagos, where we were together as young men, his passage came as a big blow to us,” the Governor said.
“I remember on that eventful day, we had just attended a wedding together in Sokoto and came to the Government House. We had exchanged banters and reminisced on the past as we use to do whenever we meet. 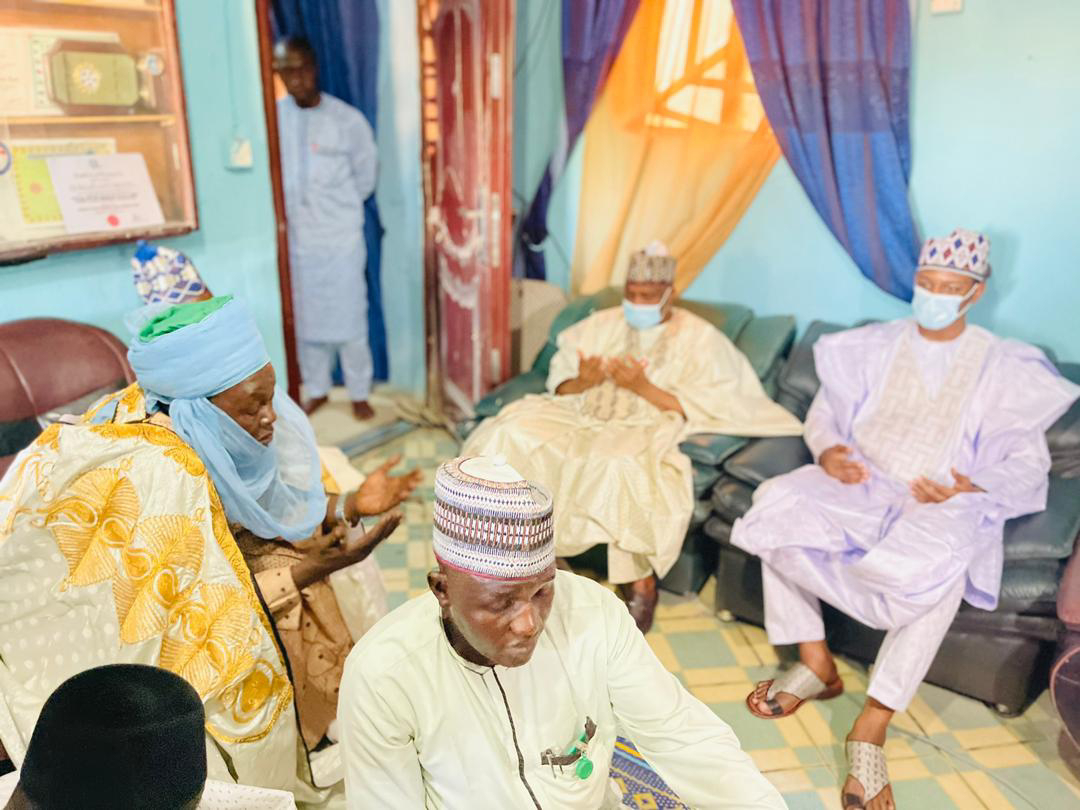 “As we retreated to perform ablution we came out to find that he was no more. None of us thought, as we joked earlier, that his hour was near,” a visibly worried Governor Tambuwal said.
He described him as “a nice person who was jovial and courteous.
“No doubt the government, the Emirate of Tsafe and the good people of the state have lost an illustrious son. May Allah accept him and grant him Aljanna Firdaus; while giving his family the fortitude to bear the loss,” he added as he prayed for peace and end of the COVID-19 pandemic in the country. 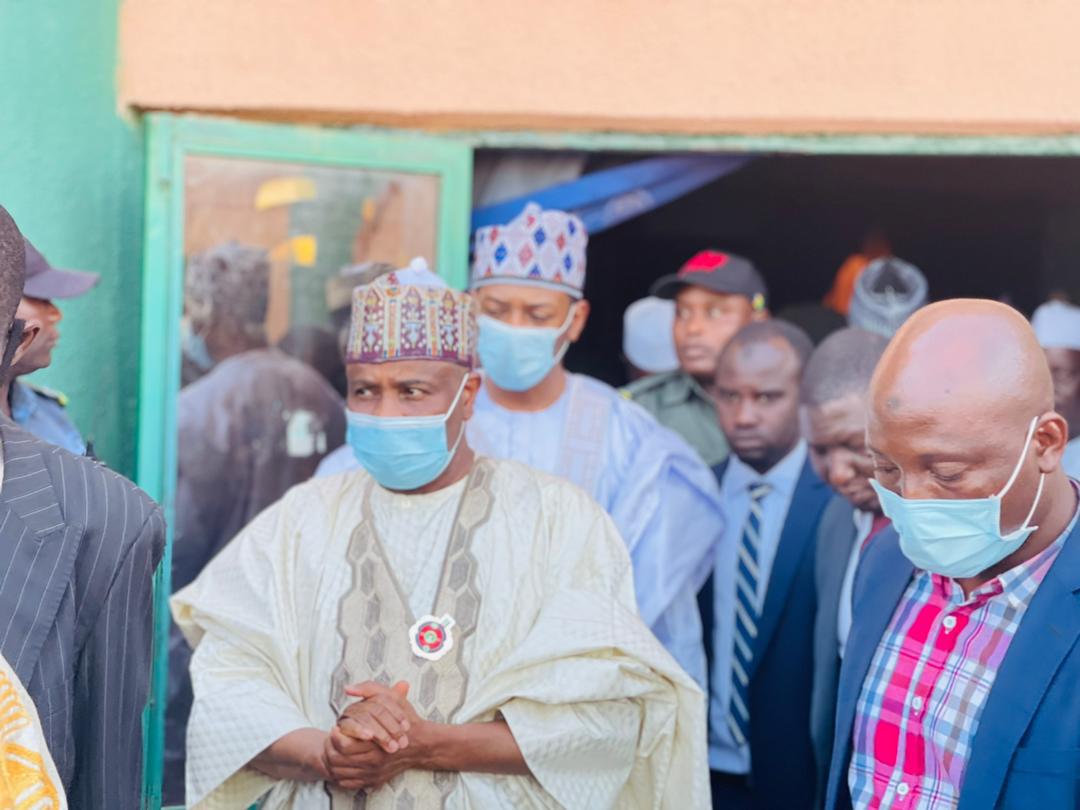 In his remarks, the Deputy Governor of Zamfara state, Barrister Mahadi Aliyu, who in an emotion-laden voice also recounted the last minutes of the deceased, expressed gratitude to Governor Tambuwal and his entourage for the visit.
Similarly, the Emir of Tsafe, ‘Yan Doton Tsafe, Alh. Muhammad Bawa, also thanked the Governor for the visit, pointing out that “this is a great loss to us all. We pray for the repose of his soul.”
Those on Governor Tambuwal’s entourage include the Chief Judge of Sokoto State, Justice Muhammad Saidu Sifawa, Permanent Secretary of the Sokoto State Ministry for Local Government, Alhaji Haruna Ahmed Tambuwal and the Senior Special Assistant to Governor, Hon Yusuf Dingyadi among others
Related Topics: