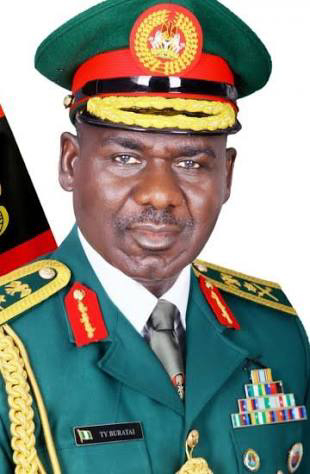 Soldiers under operation Sahel Sanity have killed a total of 220 armed bandits and recovered 73 AK 47 Rifles, one GPMG and 194 Dane guns from the criminals from July to December, 2020, the Acting Director, Defence Media Operations, Brig. Gen. Benard Onyeuko has disclosed.
Onyeuko who made this known at a media briefing which held at the Special Army Super Camp IV Faskari in Katsina to give update on the activities of the operation equally said, 5,032 rounds of 7.62mm Special ammunition, 568 rounds of 7.62 mm NATO ammunition and 156 live cartridges were also captured by the troops.
The Defence spokesman also revealed that 197 bandit’s camps and hideouts including the notorious Dangote Triangle and several bandits’ logistics bases were destroyed by the troops.
He said 335 suspected bandits, 326 illegal miners, 147 bandits informants and collaborators, 14 bandits arms suppliers, 24 rustled cattle marketers and 46 bandits logistics suppliers were arrested during the period under review.
Similarly he said, a total of 7,761 cows, 1,867 sheep/rams and 4 Camels were recovered and given back to their rightful owners by troops within the period, noting that, a total of 642 kidnapped victims were rescued by the valiant troops,  including the rescued 344 students of Government Science Secondary School Kankara.
Also within the period, the gallant troops successfully foiled 165 bandits’ attacks and 81 kidnap attempts.
He however noted that a few setbacks were recorded as a result of engagements with bandits during the conduct of operations within the period under review which led to the regrettable loss of 2 Officers and 4 brave soldiers who paid the supreme price in the cause of defending the dignity of our people.
He assured that with the extension of operations to March, 2021 by the Chief of Army Staff, Lt. Gen. Tukur Buratai, the officers and men would ensure that peace returns to the north west region very soon as evidenced the the return of commercial activities
Related Topics: