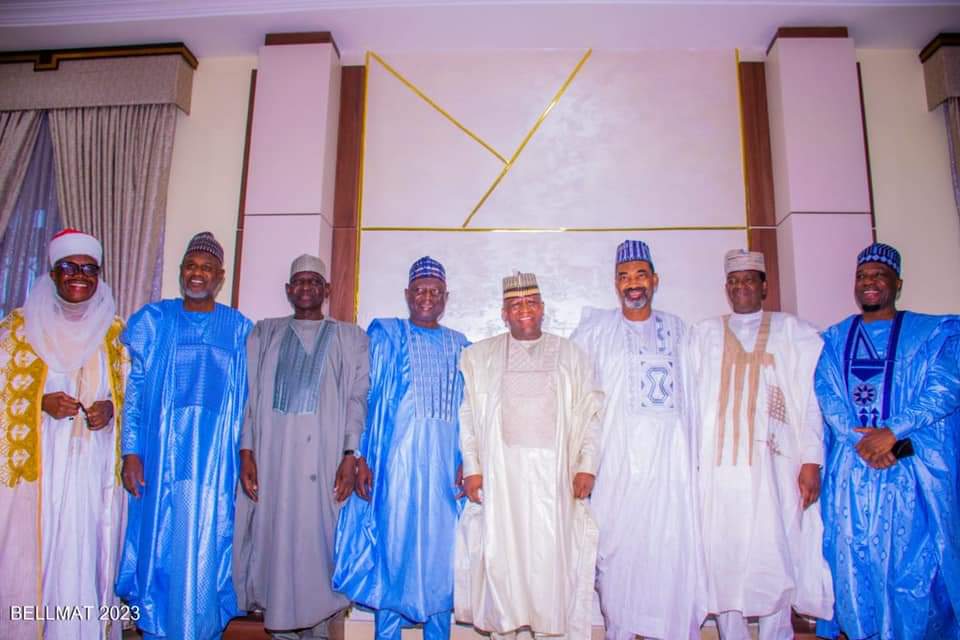 Believe it or not the coming together of Four Governors of Zamfara namely: Ahmad Sani Yariman Bakura , Mahmuda Aliyu Shinkafi, Abdulaziz Yari Abubakar and Bello Muhammad Matawalle as one indivisible political entity in Zamfara is a fusion of a formidable, unbreakable political alliance which has not only brought political sanity and peace in the APC but has put to rest the hope of all rival political parties in the state”.

This assertion made by an elder statesman in Zamfara Alh Ahmad Zabarma is a clear description of the political maturity of Governor Bello Matawalle who is described as “political golden star” in the historyof Nigeria.

The political development in Zamfara from May 2019 when Governor Bello Matawalle assumed power remain the most un predictable political circumstances in the history of Zamfara. Many observers believed that the Governor may face serious political frustration from both the opposition APC and within.

The crises caused by the judicial  review by former Governor Yari and build up to the post 2019 election by Matawalle and Yari political camps speak volume about the political tension Zamfara will suffer.

The confusion caused by the Bakura bye election alone is another eye-opener to the unpredictable political pressure ahead of Governor Matawalle and his political opponents led by former Governor Yari.

But Governor Matawalle out of share political sense of reasoning was able to sealed up these high level political interests championed by himself, Yari and Sen. Marafa camp and unite the APC as one formidable political entity.

Today, APC Zamfara is matching toward 2023 election with one single political voice and with Matawalle and Yari as the leading arrow heads working toward one common interest.

Yari is leading the re-election bid of Bello Matawalle as Zamfara Governor with all the former Governors, Deputies and all those that matters in the politics of Zamfara in one political train.

Matawalle sense of political reasoning which brought political sanity in Zamfara politics would remain a political hypothesis that is scientifically proven and with positive outcome.

I remember a comment by a prominent politician after the Bakura bye election, he said and I quote“ if this is the political picture ahead of 2023 lives would carelessly be lost and Zamfara will be put into another political trauma again because what I saw in Bakura will be a titanic war between desperate incumbency led by Governor Bello Matawalle and do-or-die opposition led by former Governor Abdulaziz Yari.

But as God wishes, he used Governor Bello Matawalle to change the perception and today 2023 campaign has commences in Zamfara without a single attack or someone losing his life.

International Political democrats including the United Nations needs to honor the man called “Bello Matawalle” for his wise political decision to bring sanity and peace in Zamfara politics.