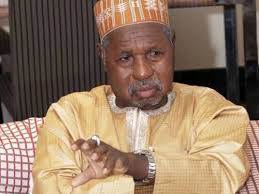 A PDP legislative candidate for Kankia Hon. Ibrahim Tafashiya has been rescued from kidnappers after their unsuccessful attempt to abduct him.

A source from Kankia confided on this medium that, the bandits met the politician at his country home of Tafashiya on Saturday night while he was holding a meeting and picked him on a motorcycle to the forest.

On their way, according to a confided source, they had an accident in a circumstance that assisted him in getting to a safer location inside the bush and hide.

He said police at Kankia later offered reinforcement and rescued the politician. They also picked the broken motorcycle belonging to the bandits and brought it to Kankia police station.

According to another source who craved for anonymity, the bandits sent a letter to the people of the community that they are going to invade Tafashiya village on Sunday as part of the reprisal to what happened to them on Saturday.

Another source told Thunder Blowers that, the bandits called the politician on Sunday and asked him to send a sum of sixty million Naira to them, or they will look after him wherever he went in Nigeria and killed him.

He added that they sent another message to the people of Kankia that they will invade the town on Sunday (Today) and pick their broken motorcycle that was seized by the police.

He said many prominent people who felt not secured had left Kankia town on Sunday in a bid to avoid what may likely happen in the night as threatened.

It could be recalled that four days now another sets of bandits invaded Gacchi area of Kankia and abducted two females to their enclaves.

This occurred almost a month after another sets of bandits attacked Kankia town and abducted the relations of Sen. Ahmad Babba Kaita the Senator representing Daura Zone at National Assembly.