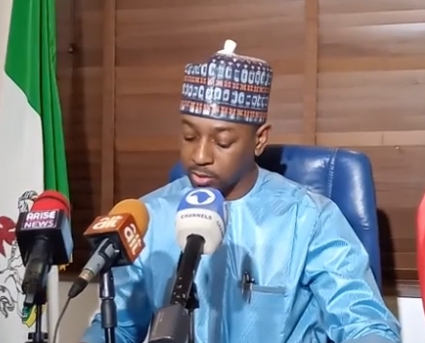 Bakura who stated this while he appeared for cross-examination before the panel investigating the allegations against the state Deputy Governor said for the period he stayed in that office as the permanent secretary November 2020 to November 2021 he hardly sees the Deputy Governor to discuss office matters.

“I only communicate to the Deputy Governor through telephone and even on telephone it is very rear. But if he wants to talk to me, he calls at his will or ask his ADC to call me” Bakura added.

“Sometime i tried reaching out to him even on phone but the Deputy Governor is not accessible, I only saw him on television attending party activities somewhere out of Zamfara”.

Regarding financial instructions, Bakura said the Deputy Governor usually gave him oral directives, and he has no option than to comply.

When asked if oral approvals to spend government money is valid by law, he said it was a standing instruction he met and as chief accounting officer he abides by it.

But he notes that he is not comfortable with the oral approvals that he usually received from Mr. Mahadi Aliyu.

I ONLY SAW ZAMFARA DEP. GOV. ON SCREENS OF TELEVISION BUT HE PASSESS TELEPHONE INSTRUCTIONS: RTD. PERM. SEC. BAKURA AFFIRMS