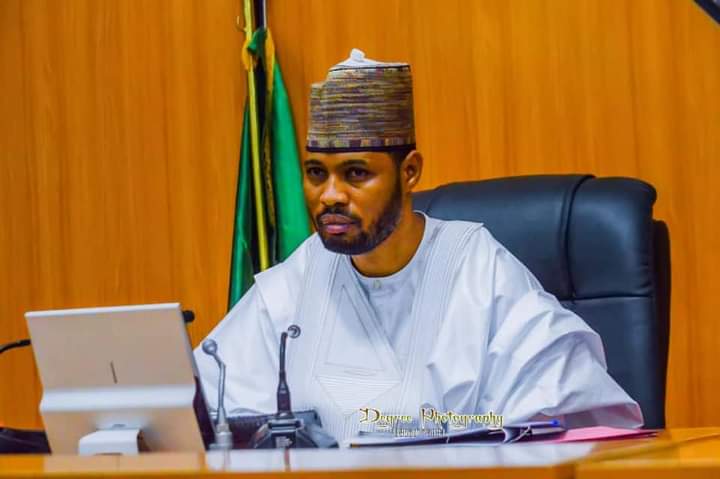 Speaker Zamfara state house of assembly Nasiru Muazu Magarya has condemned in the strongest term the Monday train attack which involved over (900) passengers on board.

According to the statement by the spokesperson of the house Mustapha Jafaru Kaura said, the speaker and indeed members of the state assembly were terrified on the hearing of the news of the Kaduna train attack describing the development as sad one.

Magarya said the corporate existence of Nigeria as united country will never be threatened by the deadly act of these terror group, noting that, their motive of destroying the peace enjoyed by the people of Nigeria will eventually crash.

While commending the Nigerian arm forces for prompt response to the attack, Magarya called for total overhaul of the Nigerian security architecture to be able to be more alive to the security challenges confronting the country.

Speaker Magarya condoled with the family of those who lost their lives in the unfortunate incident, as well as prayed for the injured ones for quick recovery.

He specifically expressed regret with the involvement of the former Deputy Governor of Zamfara Malam Ibrahim Wakkala in the attack and prayed for God almighty to guaranty him quick recovery.

He used the opportunity to call on President Buhari to as a matter of public interest declare a state of emergency on security in the entire North Western part of the country so that the confidence of the people can be rebuilt.