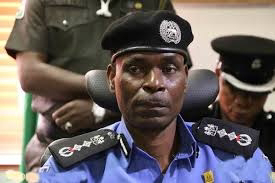 The Nigeria Police Force, Rivers State Command has paraded a man suspected to be a serial killer and has confessed to be a specialist in abducting and killing his victims in Igbo-Etche, Etche Local Government Area of Rivers State.
The suspect whose names were given as Anthony Ndubuisi, a male, hails from Ngo-Okpala in Imo State but resides at Umuebulu in Etche LGA of Rivers State and work as a shoemaker was paraded before journalists in his home in Igbo-Etche.
The suspect confessed to the heinous crimes and also disclosed that he has since abducted and killed four victims since he started the trade in February 2020.
He also showed journalists the soakaway where he disposes off the dead bodies of his victims.
When asked how he lures his victims, he said they are majorly his shoe clients who supply him with shoes to sell. He said he first strikes them on their hearts and then strangulates them on the neck.
“I am a shoemaker. I stay in Garrison with my wife and children. My wife is not aware of what I do. Only me stay in this house (in Igbo-Etche).
“I started killing this February. I have kidnapped and killed four since I started. I kill them by holding them on their neck. I tell tell them I want shoes to sell and they being it,” he said.
Related Topics: