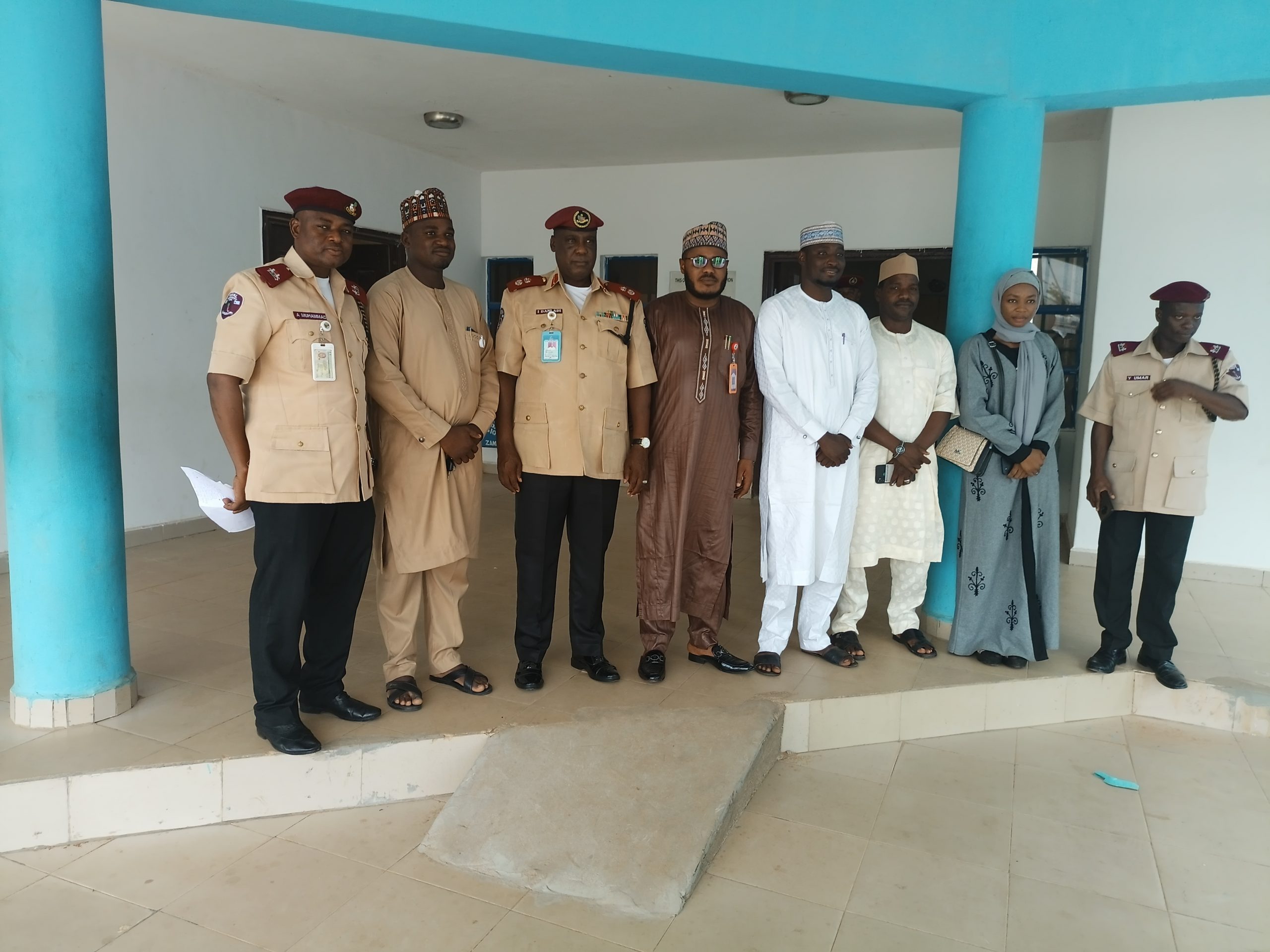 The management of Thunder Blowers Multimedia Services led by the Managing Editor and Team Lead Dr. Anas Sani Anka met with the Zamfara Sector Commandant Mr. Iro Danladi where vital issues regarding the relationship between the corp and members of the public were discussed.

Earlier, Thunder Blowers Management wrote an (FOI) letter to the sector commander detailing some concern about the modus operandi of some Marshall operating along Zamfara major highways and demand for response from the leadership of the organization.

The sector command instead of responding requested for a scheduled interaction with the Thunder Blowers team where the concern raised were thoroughly discussed and clarified.

Mr. Iro Danladi while thanking the management of the media outfit for being on top of addressing the concern of the public in Zamfara promised to sustain partnership with the organization so that public can be enlightened about the activities of the FRSC.

He assured that the command is always ready to entertained genuine complaint from the public concerning the operation of his men and also take decisive measures that will help address the anomalies discovered.

The Commandant also said the corp is undergoing digital reforms, noting that if the initiative is put to use the public would have better avenue to raise alarm where things went wrong.

He expressed optimism that the digital reforms will surely rise public confidence and also continue to portray the status of the FRSC as an organization with zero tolerance for corruption.

Mr. Iro also encouraged the public to always feel free to raise alarm on anything they noticed that is demeaning to the imagery of the FRSC.

He insisted that, FRSC is an elite organization which is not established on the principle of self enrichment, rather encouraging the public to respect law and order.

SHARADA DEFECTS OUT OF APC, SAYS HE DON’T NEED TO INFORM PRESIDENT BUHARI OVER DECISION