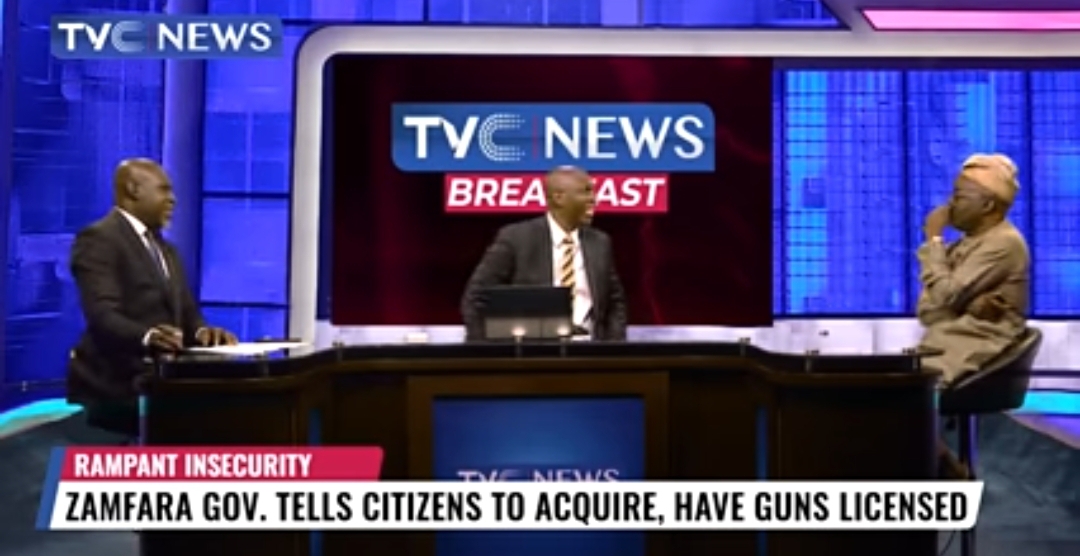 Falana who was speaking with the TVC News Channels in response to the call by Zamfara State Governor for citizens to bear arms and defend themselves, noted that, the power to organize and reorganize the activities and the operation of the Nigerian Police lies squarely with the Nigerian Police Council not the President as the Governors wrongly perceived.

He insisted that, the body is empowered to administer and supervise the operation of the council, and unfortunately that power was wrongly left in the hand of the President.

He added that, the Governors need to sit up and take charge of the organizational strategies of the Nigerian Police Force so that there would be control over what the police are doing.

On the security challenges facing some states in Nigeria, Falana said, “we have to be frank to ourselves, you can’t ask someone with Dane guns to confront criminals bearing AK-47, it is not possible”.

“In 2003 when President Obasanjo was trying to create the Nigeria Security and Civil Defense Corps, NNSCDC I contacted some Governors that this is the right time to have State Police. The law is there Section 214 of the constitution provides that there should be only one police force in Nigeria and there should be no other one.

Falana also said if the other federal government security outfits like EFCC, ICP, Customs, Immigration, Road Safety and rest can be empowered to bear arms, why not the state security outfits.

He also tells Governors to head to court and challenge the decision of the Federal Government on why it is given licenses for few individuals to bear guns, but it has failed to issue same for group of young men who are ready and willing to defend their respective territories.

INSIDE STORY OF THE SUFFERING OF ZAMFARA STUDENTS IN CYPRUS