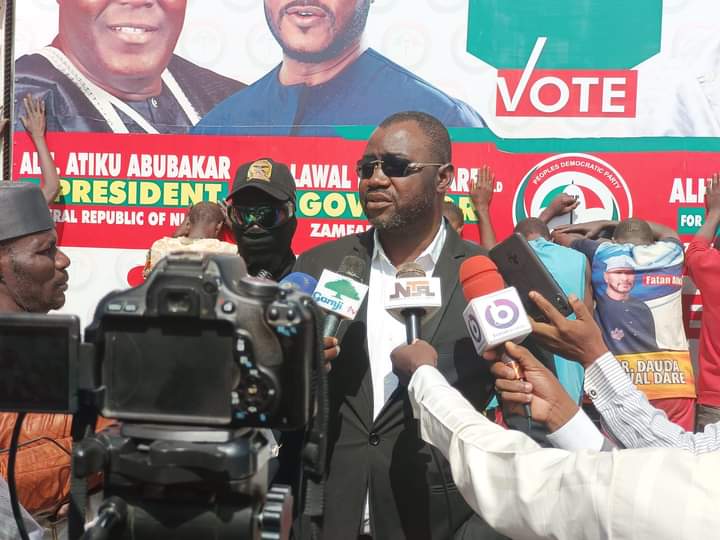 Zamfara State standing Committee on Anti thuggery has demolished one of the APC campaign structures in Zamfara State.

Bakyasuwa who stated this in an interaction with the newsmen insisted that the campaign facility was demolished because the occupants were commiting various forms of social vices within the facility.

He assured that his men are convert ready to ensure that the state is rid off political thuggery in the state, regardless of consideration for political party affiliation.

He noted further that his men had acted based on intelligence information shared by some patriotic citizens of the state noting that the occupants are not campaigning for the APC rather commiting crimes in disguised.

He stated that his committee is working actively to ensure that thuggery, drug abuse and other related social crimes are fought to logical ends before, during and after the electioneering campaigns.

He appealed to political parties and politicians to cooperate with the state anti thuggery committee in its efforts to ensure peaceful electioneering campaign in the state.

He also called on parents to inculcate moral values to their children to become useful members in their respective societies to contribute their quota towards development of the state and the country at large.