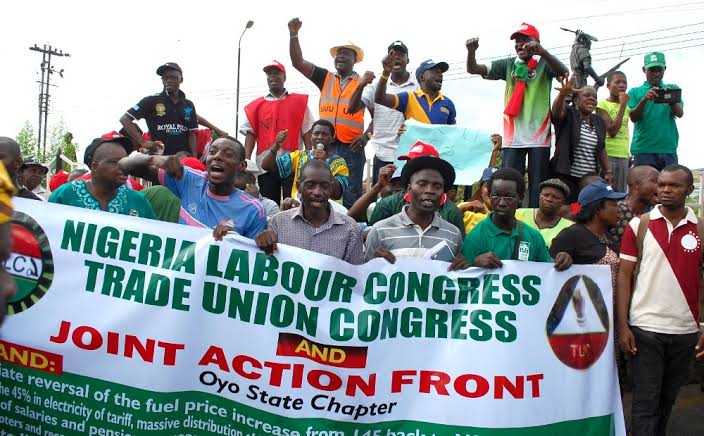 The Zamfara state chapter of Nigerian Labor Congress has vowed to proceed on the proposed national rally on subsidy removal on the 27th January 2022.

According to the communiqué issued at the end of At the end of state executive Council meeting held in its state secretariat Thursday 20th January 2022 the NLC said joining the national rally is part of the demonstration of its concern to the plight of Nigerians on the current economic hardship instituted by excessive increase in fuel price by the federal government.

The Union also expressed satisfaction with the level of commitment being exhibited by the present administration of Governor Bello Muhammad Matawalle in addressing major security challenges bedeviling the State.

They seize the opportunity if the meeting to condole the state government over the recent attacks on some communities in Bukuyyum and Anka local Government areas that resulted to the loss of the lives of innocent citizens and destruction of valuable properties.

They also collectively resolved to comply with national directives on strike for non implementation of the new national minimum wage if not properly engaged for discussion by the State Government.

They argued that, the one hundred million naira offered by the state government for the implementation of thirty thousand naira minimum wage across board in all the payment point is too meager as the projected table of the said amount is nothing to ride home about.

They charged the State Government to ensure appropriate data on death and retirement been recorded in the civil service, as the two to create surplus financial vacuum to support the government in actualizing its constitutional duty of implementing the new minimum wage.

The meeting further condemned the monthly presentation of stagnant salary figure by the MDAs responsible for the preparations of salaries, and called on the State Government to punish any civil servant or public servant involved in that act.