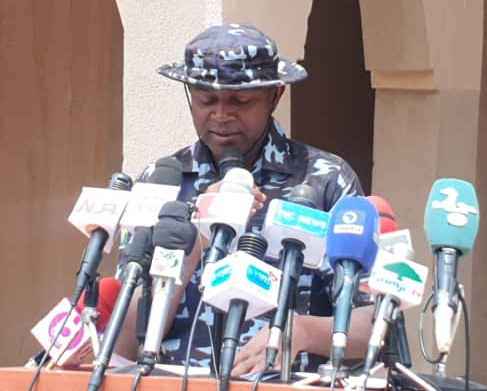 Police Spokesperson SP Shehu Muhammad in a press conference said, the suspect whose name is given as Hajiya Inno was kidnapped by some suspected kidnappers belonging to the gang of the notorious bandit commander Bello Turji on the 21st of March 2022.

SP Shehu further said, eight other suspects including a commander to the popular bandit leader Kachalla Turji were arrested.

Shehu further said the rescue of the kidnapped victims was as a result of the effort of the Police in Gummi Division, who intensified surveillance after receiving report about her abduction.

He said the suspects are in police custody undergoing investigation and would soon be charged to court.

He added that the victims who hails from Gambandar Magero in Gummi local government area of the state has since been reunited with her family members.

BANDIT LEADER OPERATING ALONG SOKOT-KATSINA AND ZAMFARA ARRESTED BY POLICE

I AM WORRIED, EVERYBODY IS A POLITICIAN IN ZAMFARA