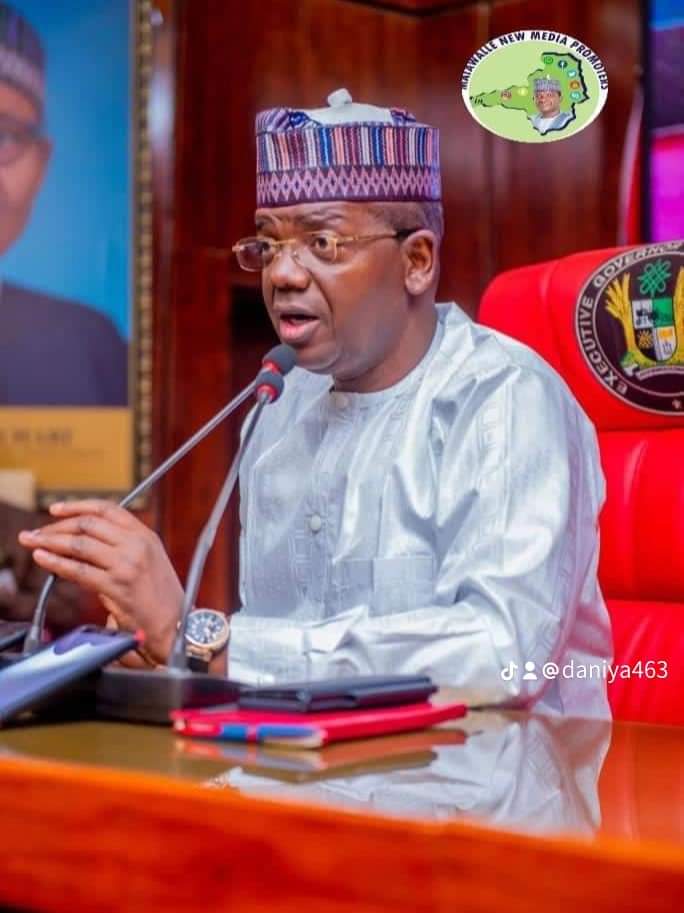 According to the statement by the state Commissioner for Information Ibrahim Dosara the government had also announced the opening of all roads, markets, and towns recently closed based on the recommendations of the state security committee due to increasing spates of killings and abductions in the various parts of the state.

The statement also announced the lifting of bans on political activities; hence the new decisions announced were based on the report received on improved security situation in the areas earlier affected.

“However, people are advised to conduct themselves in accordance with the rule of law, as government will not condone any act capable of distrusting the peace and tranquility being restored by our gallant security operatives”.

“The state government under the leadership of His Excellency Hon (Dr Bello Mohammed Matawllen Maradun, Shatiman Sokoto will not compromise its constitutional responsibilities to the people of the state”.

“The government reassures the people of the state its commitment and determination to protect lives and property of the citizens”.

ZMSG DONATES N10M TO VICTIMS OF ARMED BANDITRY IN ZAMFAR 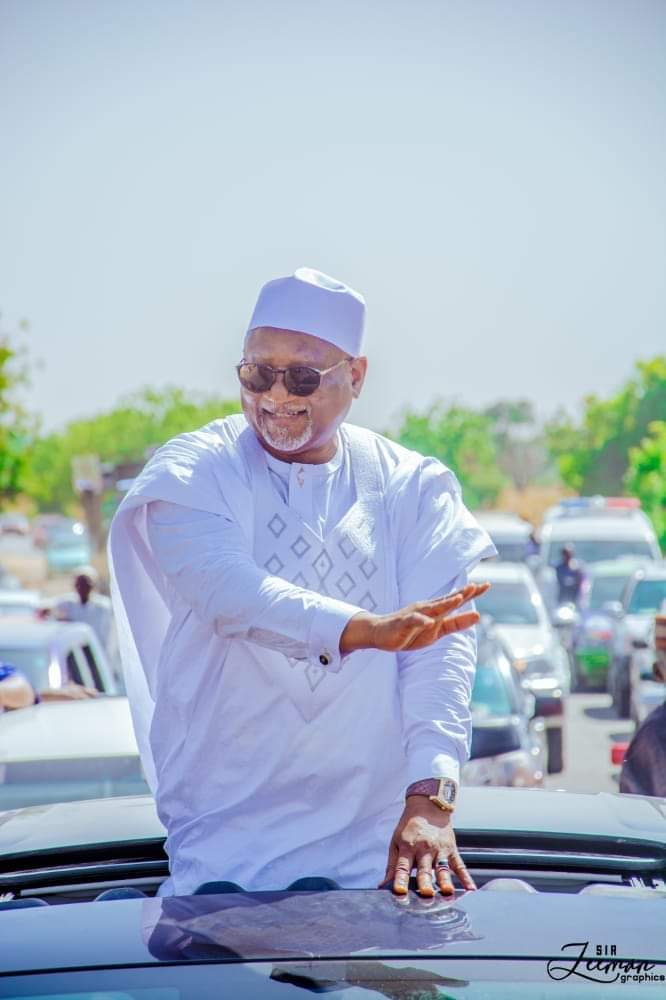 The campaign inauguration was attended by hundreds of party supporters and well-wishers who joined the campaign rally with jubilation. 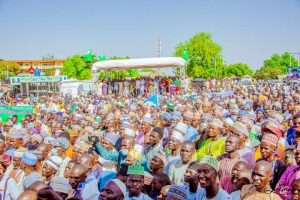 The Senator who expressed satisfaction with the effort he has put in place so far in delivering to his 2019 campaign promises assured that if provided the opportunity again, he will do more to consolidate from what he has done and ensure that more federal opportunities are brought to the door steps of his constituents.

He took time to make a review of his stewardship and thanked his constituents for given him the opportunity to represent them at the Nigeria’s upper chamber. 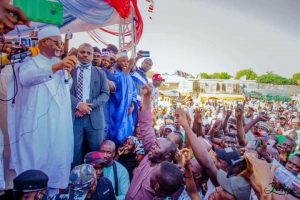 He urged people of his constituency to massively vote for Tunubu and Shatima as well as all the APC candidates across the board. 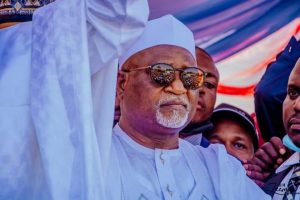 AFormer Governor Mahmuda Shinkafi, former Sen. Tijjani Yahaya and a host of other prominent personalities from the Zone attended the campaign Flag off. 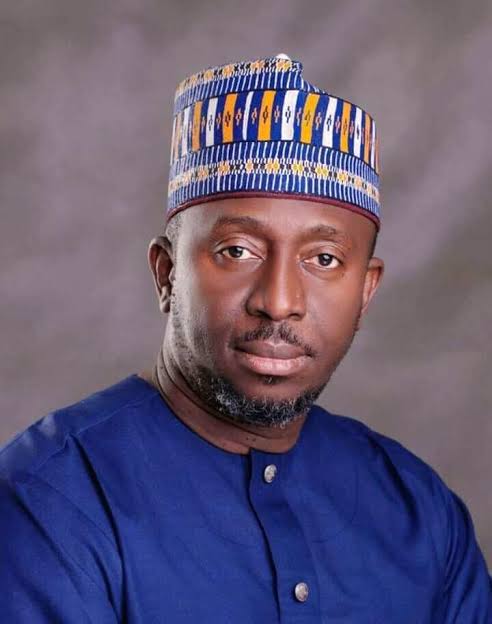 This is no doubt the best of times for the main opposition Peoples Democratic Party (PDP) in Zamfara State.

The party and its many candidates deserve the sympathy of all for the current situation it finds itself in.

Having lost all hopes of making any impact in the forthcoming general elections, it has resorted to untoward means, behaving like a bull in a china shop, destroying anything and everything in its way.

But how can a party of PDP’s standing, which has been in power at some points for many years and its candidates behave like deranged women whose kids have suddenly gone missing?

In this moment of madness, there should be a sane member within the lot who could rein them in; a rallying figure who could calm the fraying nerves.

But when a ranking member of one of the country’s highest law making body, the House of Representatives, Suleiman Abubakar Gummi’s joined the fray, it then becomes obvious that the situation is irredeemable.

The party, as it were, is doomed and at a dire point of no return.

The honourable member of the House of Representatives has swelled the number of the PDP’s attack dogs whose targets include the ruling party and the state chief executive, Governor Bello Mohammed Matawalle.

In a press statement he recently signed on behalf of “PDP candidates” titled “On critical national alert” Gummi went the “dishonourable” path by throwing decorum to the wind and lunched viral attacks on person and personality of Governor Matawalle with no iota of respect for his seat as the father of the state.

In doing so he deployed uncouth, crude and abusive language symptomatic of those low level maniacs unleashed at every opportunity as dogs of war.

But why will anyone be surprised at the action of this charlatan who forgot that his behavior could rob off on the integrity of the lower chamber he represents and taint the reputation of his colleagues in that reputable and respected institution? He is PDP member in the state after all and their stock in trade is to cause breach of peace in the state.

In the said press statement, Gummi went a rigmarole quoting the respected late social crusader, Martins Luther King and dancing around in circle.

From all his outing and vituperations, the only take away was the supposed arrest on Monday, November 28, of the party’s candidate for Zamfara central senatorial district, Alhaji Ikira Aliyu Bilbis by the police on charges of vandalism, which he claimed were trumped up.

In trying to elicit public sympathy to himself and co-travelers, he lumped the current issue with the earlier arrest of the Nigeria Union of Journalists chairman in the state but as usual, his effort failed to invoke the emotion and public outcry he had envisaged.

But let us even give him the benefit of the doubt and interrogate the issues his outing threw up. He has informed the public why Bilbis was arrested, but said the charges were “trumped up”. Really?

How did Gummi who is a lawmaker come about such a position over an issue that is before a court of law? Why is he in a hurry to clear the accused even before the court adjudicate on the matter.

The police even from Gummi’s statement did the needful by arresting Bilbis. They (police) did not hold him or keep him for long in their cell but charged him to court after their investigation.

The onus is therefore on the accused to exonerate and clear himself of the allegations.

The court even went ahead to grant him bail as Gummi testified in his statement. So why is it anybody’s fault if the accused failed to meet the bail condition? And because his associate failed to meet the stipulated condition to effect his release, Gummi is now accusing the judge and police of being tools in the hands of Matawalle in his alleged witch hunt of the opposition.

If a sitting governor is desirous in tackling an opponent who is clearly linked with a crime it would have been easy to clamp such person in police custody and claim that investigation is still ongoing as has been the case everywhere.

However, in this case, the police did not waste anytime in charging the accused to court where he is expected to defend himself. The court and its presiding judge should be commended for the expressway it granted the accused bail instead of being needlessly vilified like Gummi is doing.

His allegation that Matawalle was trying to muzzle the main opposition to whittle down their power and influence in the forthcoming elections is laughable because the PDP is not in reckoning and not a threat to APC in anyway.

He even went ahead to list those he thinks Matawalle will go after including the party’s governorship candidate, Lawal Dauda Dare. Waoo! Is this not absurd? Is Lawal Dare even in contention for the governorship race with all the court cases dangling over his head?

The so called governorship is still traumatized over his defeat at the federal high court, which nullified the primary that produced him and recently, the Appeal court.

It is fundamental to note that his ordeals were from his own very party and has nothing to do with Governor Matawalle. So it’s absurd to blame others for PDP’s misfortune and allege that anyone would hunt it’s candidates whose political future are uncertain.

And resorting to violence as a means to an end like the party and its members have been doing could only heighten the already tensed atmosphere which Matawalle has been working round-the -clock to manage.

The billboard saga wasn’t the only violent imprints the party has left on its route to 2023, a rally at its governorship candidate’s home had led to lost of Iives even as many were wounded. It’s sad that Gumi left out such important development from his statement.

As per the NUJ chairman which Gummi tried unsuccessfully to lump Bilbis case with to draw inspiration, he should have done the needful by telling the public the background of the affected person and the circumstances leading to such state of affairs to enable them appreciate and interrogate the issue based on its merit.

It’s imperative that Gummi calls a press conference or issue another statement to shedlight on the matter.

Having come from an honourable family, one would have thought Gumi will keep the legacy of the parental training we thought he received, unfortunately, even if he had such grooming as he was growing up, elements of bad politics and the fear of losing in the upcoming 2023 general elections have infuriated to throw away his sensibilities and turn disrespectful, dishonourable and regardless.

Certainly, with the overwhelming wind of mass support and mass mobilization going on in the APC, the likes of Gumi will not even be noticed when the electorate cast their votes to bring in APC at all levels in the coming elections.

As it were, rep Gummi achieved nothing by his recent desperate tactics. The PDP is doomed and irredeemable, and by 2023 the party will go into permanent extinction in Zamfara State. 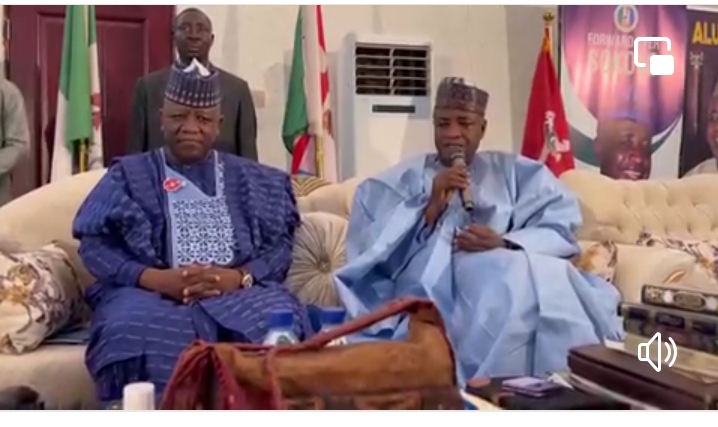 Former Governor of Zamfara State Abdulaziz Yari Abubakar has paid a condolence visit to Sen. Aliyu Magatakarda WAMMAKO over the demise of his wife.

Yari who described the deceased as God-fearing and devoted Muslim who has offered much serving humanity.

He urged the husband and indeed the family to take solace and consider the exit of the deceased as a call to eternity.

He prayed for God almighty to grant her Jannatul Firdausi and blessed what she has left behind.

Sen. Aliyu Wammako thanked the former Governor and his entourage for the condolence visit and prayed for God almighty to bless them accordingly.T

he former Governor has among his entourage Amb. Abdulrahaman Buba Kwacham among many other prominent personalities.