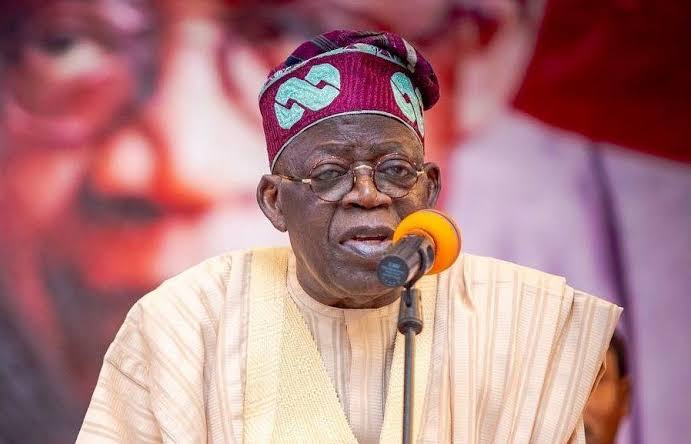 The presidential candidate of the All Progressives Congress (APC), Bola Ahmed Tinubu on Wednesday alleged that the current fuel scarcity and naira redesign were parts of the plan by some power that be to sabotage the 2023 general election.

Tinubu declared that the fuel crisis and the scarcity of the newly redesigned naira notes were artificially created to discourage Nigerians from voting for the APC.

The APC presidential candidate called on the people to remain resolute and resist any attempt by anyone to stop the election from holding.

He alleged that there were thick plots against him and clandestine moves to scuttle the 2023 election, stressing that nothing would stop him from emerging victorious on February 25.

“Even if they said there is no fuel, we will trek to vote. They have a lot of mischiefs, they could say there is no fuel. They have been scheming to create a fuel crisis, but forget about it. Relax, I, Asiwaju have told you that the issue of fuel supply will be permanently addressed.

Whoever wants to eat the honey embedded in a mountain won’t worry about the axe. Is that not so? And if you want to eat palm kernel, you would bring stone and use it to break it, then the kernel will come out”.

“Let them increase the price of fuel, only they know where they have hoarded the fuel. They hoarded money, they hoarded naira; we will go and vote and we will win. Even if they changed the ink on naira notes, whatever their plans, it will come to nought. We are going to win.

GOV. BELLO MATAWALLE WELCOMES TINUBU TO ZAMFARA, THE HOME OF FARMING AND SHARIAH

ZAMFARA NNPP SENATORIAL CANDIDATE, (3) OTHERS FOR THE POST OF HOUSE REPS JOINS APC