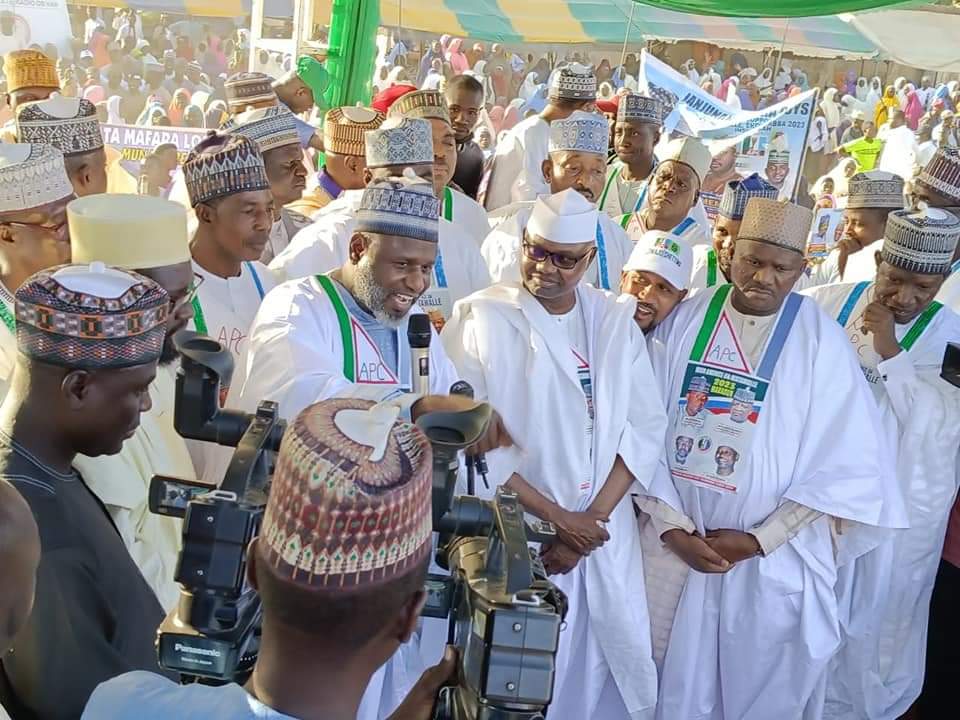 Less than a month to the 2023 general election general elections, four national assembly candidates for New Nigeria Peoples Party (NNPP) have defected to the ruling All Progressive Congress.

The new defectors were introduced to Governor Bello Mohammed Matawalle by the state APC Chairman, Hon. Tukur Umar Danfulani at Maradun during the governorship campaign rally.

They informed the governor that they were compelled to join the APC following the sterling efforts of the governor in the fight against armed banditry and other crimes bedeviling the state.

“According to them, the aim of the opposition is always to come and right the wrongs by the incumbent and that since they have strongly appreciated Matawalle’s efforts in addressing insecurity, all that is now required is to join hands and support him”.

According the party spokesperson Mal. Yusuf Idris Gusau, the defectors also left the NNPP because of the dictatorial nature of the leadership of their former party, the NNPP.

They urged all those in the opposition to stop what they called ‘chasing the mirage’ and join the winning team for the growth, peace, and development of the state.

While receiving the new APC members, Governor Bello Mohammed Matawalle expressed happiness in their quest to join forces with him for the progress of Zamfara and its citizens.

The governor who said the NNPP leaders and their teeming supporters came at the right time when campaign is ongoing, he called on them to continue to mobilize voters and support for all the APC candidates.

He assured them that their efforts will be handsomely rewarded, as they will always be treated as APC members with equal benefits and opportunities.

Earlier while presenting them to the governor, Chairman of the party, Hon. Tukur Umar Danfulani said more are expected to join APC from the opposition from now up to the election time.