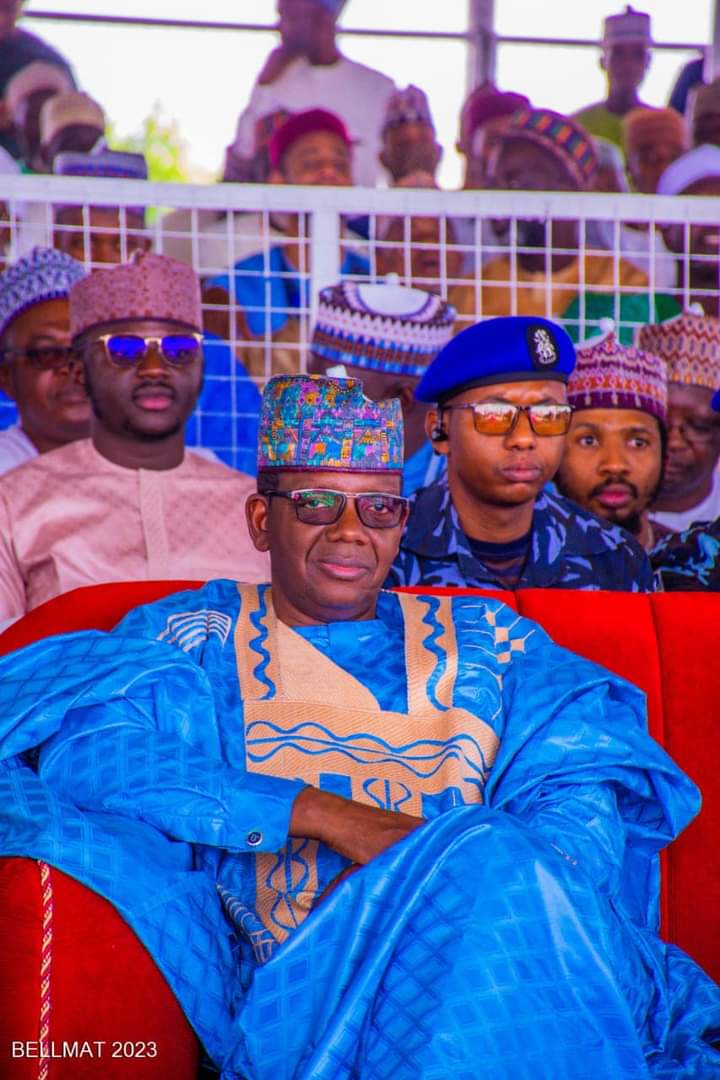 The annual Quranic recitation competition organised by Center for Islamic Studies of the Usman Dan Fodio University has been declared open by the Governor of Borno State, Professor Babagana Umara Zullum.

Governor Zullum, who served as the Chairman of the occasion, described the efforts of Zamfara State Governor in hosting this year’s competition in spite of biting economic reality, as a very commendable one.

He extolled the good virtues of the Governor whom he said deserved the title he bears, “Khadimul Quran”. “The sheer drive towards enduring efforts done to promote the Quran among the youth is an indication that the state Governor’s committment to the Government and people if Zamfara State to the wellbeing of the society is not in doubt”.

Governor Zullum believes that the meriad of challenges facing the Country today can be eased if we embrace the power of the Quran. He then, donated the sum of N10 million for the successful conduct of the one week long event.

According to the Governor’s Spokesperson Malam Zailani Bappa, the Chief Host of the event, Governor Bello Mohammed outlined the importance of the competition which he said include the translation of the words of Allah into practice.

He said that the importance of the Quran in our lives and the guidance it serves are the major take-aways we should expect from the conduct of the event and thereafter.

He commended the Local Organising Committee for a well organised event. He also called on participants not to see the competition as an affront to one another but as a service to humanity.

Chairman of the Local Organising Committeee, the Deputy Governor of Zamfara state, Senator Hassan Mohammed Gusau said the competition is made possible with the total support from the state Governor, Dr Bello Mohemmed.

He commended the co-operation of the people of the state and the hard-work of his team to realise a hitch-free event. He assured of a free and fair event and a memorable one.

The Vice Chancellor of Usman Dan Fodio University, Professor Bilbis commended the Government of Zamfara state for hosting this year’s competition which he said is an indication of the readiness of the state to continue uplifting the status of the book of Allah.

He called on competitors to consider their participation as a contribution to the promotion of the virtue of the Quran.

In a short remark, royal father of the day, the Shehu of Borno, Alhaji Garbai Al-Amin El-Kanemi described the annual compettion as a unifying factor among Nigerian Muslims. He called on Muslims, beyond recitation, to apply the teachings of the Quran in their daily lives.

The Guest Speaker, Sheikh Ibrahim Ahmad Maqari commended Governor Bello Mohammed, describing him as a Governor who came to power in the state at a very difficult time.

He spoke on the need to protect the centers of Quranic studies across the Islamic communities in the Country. He advocated for compulsory contribution to an endowment for the upkeep of such Islamic centers and also for the vulnerable by all State Governors.

Professor Maqari also advocated for certification and the drawing and adoption of a modern curricular for the informal and semi-formal Quranic centers spread across the Islamic Communities in the Country.