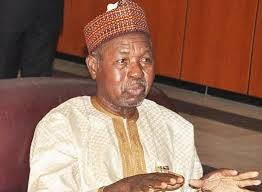 Katsina state government has set up a committee that is to offer advice on the possibility of setting up of a police mobile base in Kankara local government.

The decision was announced by the Secretary to the state government Alh Muntari Lawal on Tuesday while inaugurating the committee on behalf of Governor Aminu Bello Masari.

Muntari lawan said the government has realized the importance of establishing the base along that route, especially with the precarious security situation affecting the people of the area.

He said considering the level of degenerating insecurity, the government of Katsina state has written to the Inspector General of Police forwarding the request for the proposed establishment of the police mobile base on behalf of the people of the Funtua zone.

He noted further that establishing the police mobile base along Kankara area will help bring an end to the lingering insecurity facing the people of the area, especially banditry and cattle rustling.

He called on the committee members to work according to the terms provided to them by the government and also came up with good recommendations that will lead to the success of the initiative.

In a vote of thanks, Chairman of the Committee Alh Sulaiman Yakubu Lawal Safana assured the government that they would do their best to deliver to their mandate.

Safana who is the Permanent Secretary of Security said his committee will come up with good recommendations within three weeks.

Others include, representative of the state Directorate of SSS, Ministry for Works, District Head of Kankara, Ministry for Government and Chieftaincy Affairs as well as committee secretary who hails from the office of the