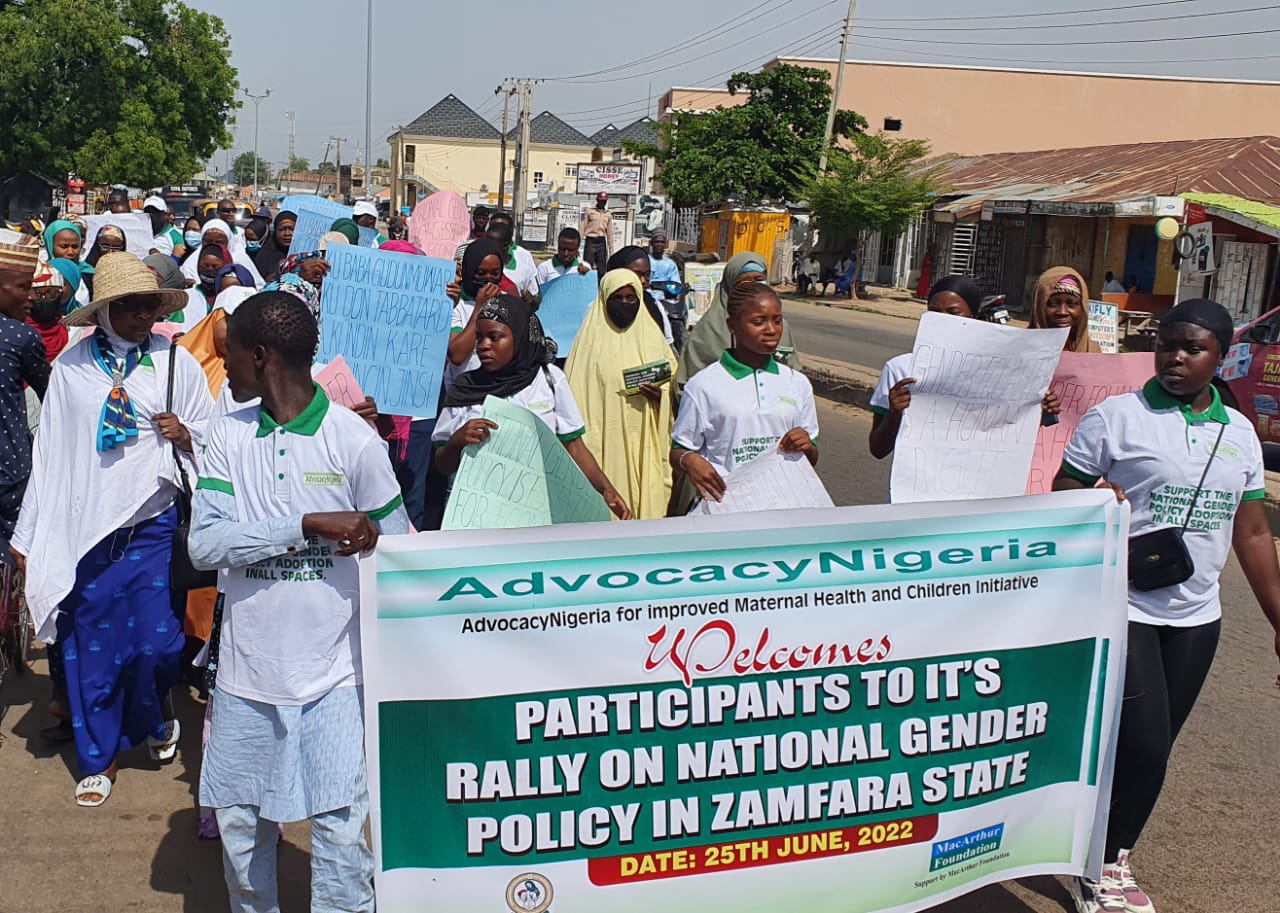 Advocacy Nigeria Zamfara state head office has organized a sensitization match in Gusau aimed at creating awareness on the need to intensifying pressure on the government actors to get the National Gender Policy domesticated.

The street match which targeted stakeholders and public lasted for some hours as civil society actors as well the media took to the streets of Gusau sharing handbills which carries various inscriptions and messages targeting government actors and other people of great concern.

It was supported by MacArthur foundation in partnership with Women Right Advancement Protective Alternative (WRAPS).

The coordinator of the Advocacy Nigeria in Zamfara Mr. Rabiu Sambo said, the objective of the exercise is to ensure that the needed awareness on the significance of getting the National Policy on Gender domesticated especially considering its impact on gender mainstreaming in a volatile state like Zamfara. 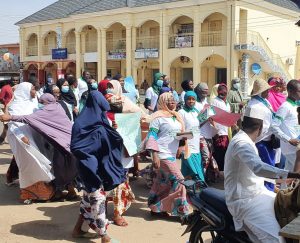 He lamented that, though the policy has been passed at the Federal level since 2006, states like Zamfara are yet to get the policy domesticated considering how the people of the state attached value to womanhood.

He recalled that part of what the policy targeted is to convert all forms of violence against women and also ensure women inclusion in Political decision-making.

He expressed wonder why the there was no a single effort to get the policy reached the state house of assembly, talkless of getting it domesticated for public use. 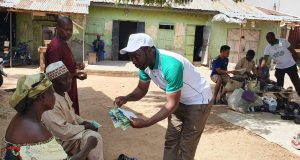 He therefore called on the stakeholders, especially the ministry for women affairs, traditional rulers, state legislatures, women groups, media and indeed the Civil Society Organizations to take up and make sure that the right thing is done for the state.

time to lend their support to the exercise.

ARMED BANDITRY: ZMSG ISSUED GUIDELINES ON HOW TO REPORT INFORMANTS