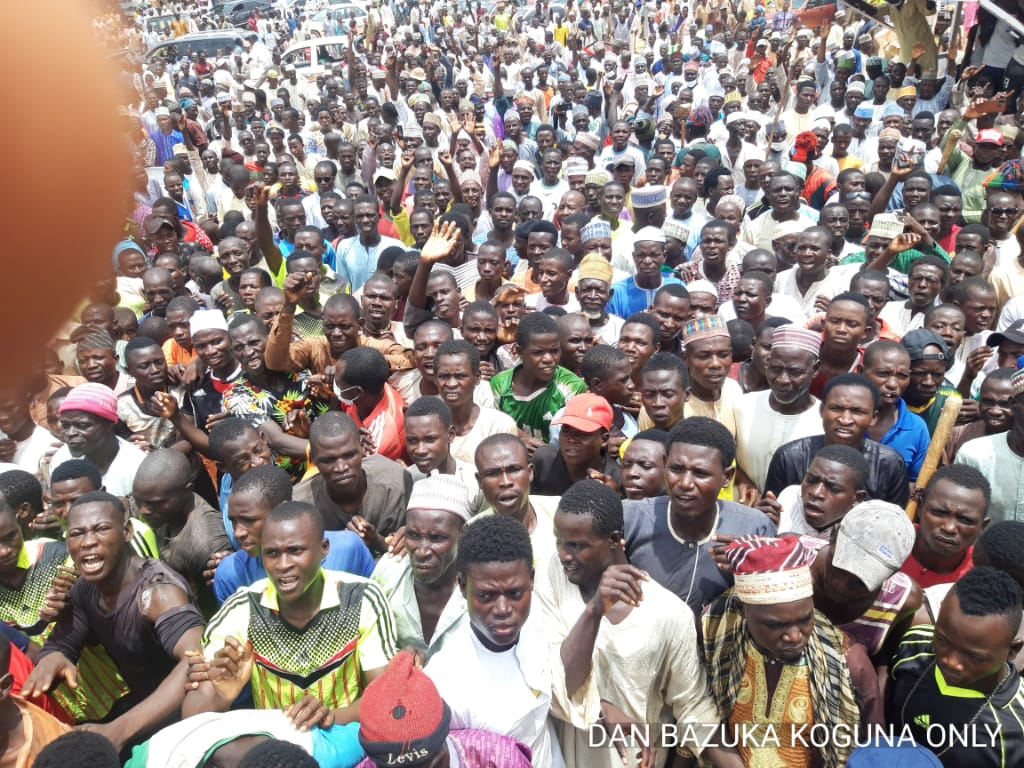 Former State Commissioner for Local Government and Chieftaincy Affairs who doubled as the APC candidate for the forth coming State Assembly Bye Election for Bakura Alh Bello Dankande Gamji has bursted that, his party will win the bye election scheduled for 31st October 2020 before 12:00 noon.

Bello Dankande Gamji who made the declaration while delivering his acceptance speech after his affirmation at a grand rally in Bakura said the peaceful atmosphere and mass turn out of the common people of Bakura during the grand rally is evident enough to justify his claim. 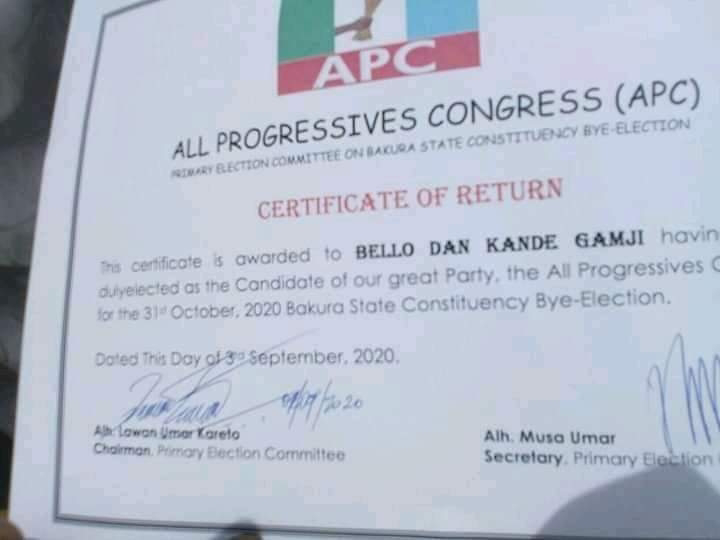 He expressed gratitude to Hon. Danbala Yarfakoji and Lawali Isah Birnin Tudu for stepping down their political aspiration in the spirit of the progress of the party saying he hope the party will reconsider them for another assignment when opportunity is secured.
He thanked his former Governor Abdulazeez Yari, members of the national committee from Abuja, Planning Committee led by Eng. Abdullahi Abdulkarim Tsafe and all party stakeholders for their support in making sure that,  the whole exercise is conducted peacefully. 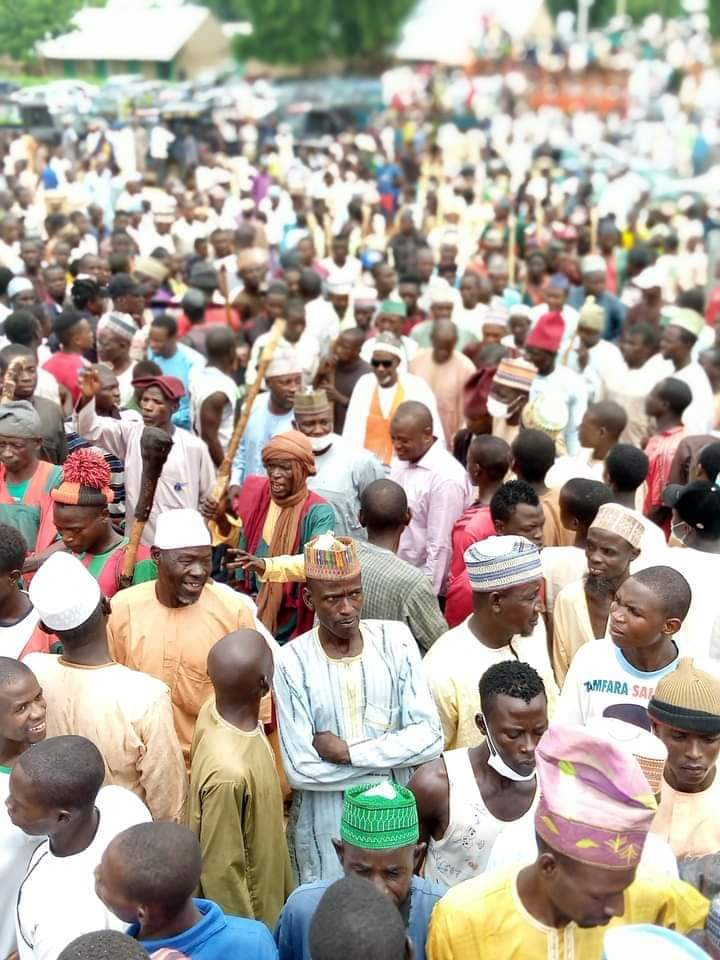 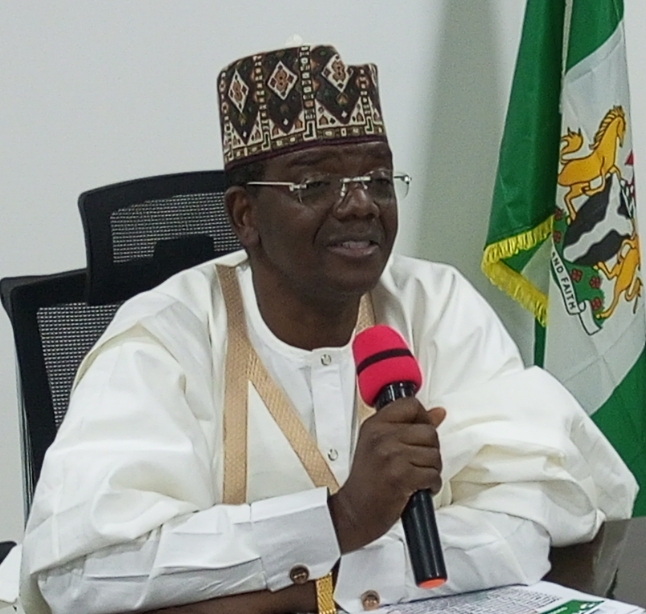 The mamooth crowd of young agile and vibrant politicians who are mostly the initiators of PDP and Atiku support groups that gathered at the APC North West Zonal Secretariat to surrender their political support for Asiwaju is an eye-opener that APC is gathering momentum and will in 2023 sweep the North West with relative ease.

Governor Bello Matawalle in company of the North West Vice Chairman for the APC Alh Salihu Lukman spent hours receiving the PDP and Atiku support groups who came on with their different narratives of how they have suffered in the hand of the PDP. 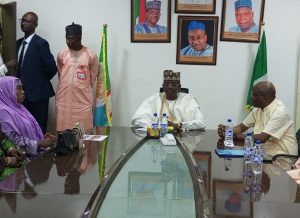 The National Secretary of the PDP Transformation Ambassadors Mal. Bashir Muhammad said despite the investment they have made in the PDP for years, they are pleased to have a political U-turn and join forces with Governor Bello Matawalle ok m the APC so that they will support him to deliver the Asiwaju presidential project.

He lamented that despite having strong political structures with a network of other political support groups across the divides of Nigeria, the PDP did not see reason to honor them with even recognition for the commitment they have demonstrated over the years.

Atiku Kawai another political support groups, lamented that PDP and Atiku had never for once, recognize their effort despite using their resources to build up structures across the (36) states of the Federation and Abuja where their headquarters is located noting that, to even see Atiku Abubakar after Investing on his Presidential candidature since after the primary election become something difficult.

Usman Muhammad Rabiu Bichi who is the National Coordinator of the movement said he went to the extent of reaching out to one of the biological children of Atiku for him to be able to see how he can take the leadership of the group to the Presidential candidate of the PDP, but it was story full of folktales. 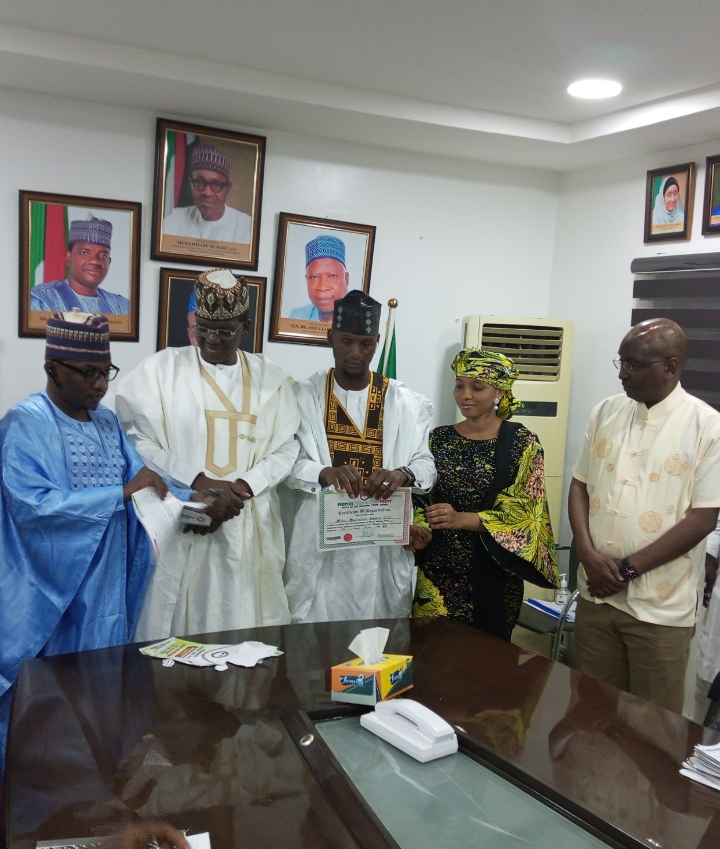 He said with the support of Alh Masud Danguruf from Katsina and Alh Abdullahi Gama they have now rescinded from the PDP journey and agreed to join forces with the Governor Bello Matawalle in the APC.

The Governor who expressed happiness with the development insisted that Alh Masud Danguruf and Abdullahi Gama knew how hard he has invested for the PDP project and insisted that the best presidential project to be supported by the Nigerians is that of the APC.

He informed the young politicians that why he brought them to the Zonal Headquarters of the party in Kaduna is for the party leadership to be aware of their defection and also carried them along in the Asiwaju Ahmad Tinubu presidential journey. 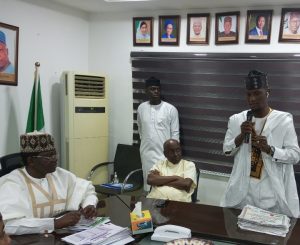 He promised to support them at all time and urged them to redouble the commitment they have exhibited over the years for them to demonstrate the rationale behind their political movement.

They handed over their certificates of registration with the PDP to the Zonal Vice Chairman Salihu Lukman and hope to be re-registered in the APC.