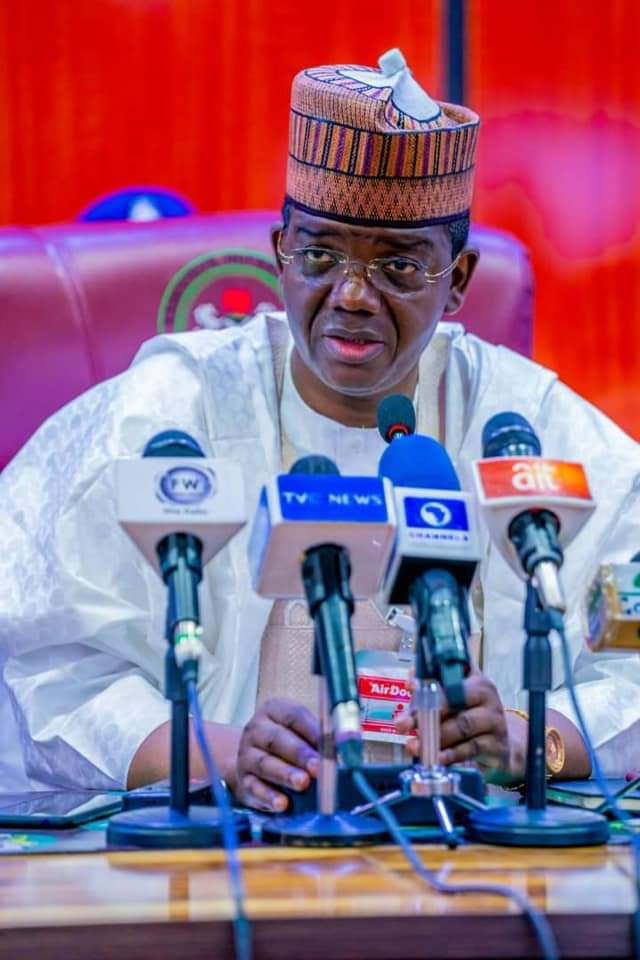 Zamfara State Governor Bello Muhammad Matawalle said his administration will soon introduce a law that will enforce death sentence on drivers who drives recklessly and end the lives of other fellow human beings in any part of the state.
The Governor who revealed this today when he led Members of his Executive Council and the Management of BUA Group to a condolence visit to the Emir of Gusau Alhaji Ibrahim Bello over the death of 15 Persons from the Emirate also said the law to be enacted will also compelled any convicted driver to pay compensation for life lost to his recklessness.
In a statement by the Governor’s Director General on Public Enlightenment Media and Communication Malam Yusuf Idris Gusau said, Governor Bello Matawalle expressed sadness with the accident allegedly caused by the truck driver belonging to BUA cement which claimed the lives of (15) people in the state and outrightly announced the donation of 2m naira to each of the families of the deceased that are married and also 1.5 million naira to each of those that are not married among them.
Idris further said, the Governor has pledged to place one next of kin for each of the 15 victims of the accident on a salary status of 50,000 naira to be roll over through out to the end of his tenure.
Part of the measures taken by the state government to guard against reoccurrence of such accident the Governor promised to introduce the use of speed limit device by drivers plying along Zamfara High ways, put limit to the quantity of the goods to be conveyed by truck passing through the state and also runs drug test on drivers with a view to ascertaining the heathy nature of the truck drivers.
Earlier, the team leader from BUA, Engr. Aminu Suleiman said they were in the state to condole with the government, Gusau emirate, people of the state and the immediate families of those who were killed as a result of accident involving the company’s driver.
He prayed Allah to forgive their short coming and for the government and people of the state to take heart over the unfortunate incident.
In his response, the Emir of Gusau, Alhaji Ibrahim Bello thanked Governor Matawalle and BUA company over their concern noting that every life must one day be exposed to death and urged the families of the deceased to take solace.
Related Topics: