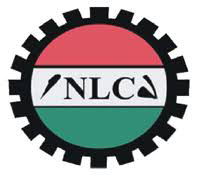 President Muhammadu Buhari has mandated the presidential committee on salaries and wages to review and realign earnings of employees of ministries, agencies, and parastatals.
Minister of Labour and Employment, Senator Chris Ngige, who disclosed this in an interview with THISDAY at the weekend, said part of the objective is to check disparity in payment of salaries and wages as well as prone the running cost of governance.
He also said the motive of putting together the committee was to address the rising cost of personnel in the budget of the federation.
“The president set up a committee called the presidential committee on salaries and wages last year of which I am a co-chair, it is being chaired by the Minister of Finance and Planning with the Head of Service as a member for us to see how we can address the rising cost of personnel in the budget of the federation. If you look at the 2020 budget cost, about one third is set aside for the running cost; we are talking of about two-third of the budget being consumed by what you call recurrent expenditure,” he said.
Ngige added that the committee had made some suggestions to the federal government on how to fuse some parastatals that are doing the same job.
“We also sent to the government our opinion on the staggering disparity in payment of salaries and wages of people who do the same quantum of work and for people who have the same qualification but one have found himself in the ministry and another has seen himself in an agency or parastatal.
“Some are in the Nigerian National Petroleum Corporation (NNPC) and take humongous pay that is 10 times of their classmates. Some are in the Central Bank of Nigeria (CBN) and some are in other parastatals in aviation and the differential is much compared to the person in the ministry.
“So, these are the broad terms of references of our work. Part of the work is that we are going to talk about and recommend collapsing or fusion of some agencies that are doing identical works and scrapping of some agencies that are already dead,” he said.
Contrary to reports that the federal government has adopted the Oronsaye-led committee’s report, the minister said the committee would have to evaluate the role of agencies and parastatals and ensure that they are structured to perform optimally.
He explained that the establishment of the new ministry of humanitarian affairs, disaster management and social development was a product of such creative thinking by the government.
“We are looking at something that is like the work Oronsaye did, but in Oronsaye’s committee report there are some good aspects of it and there are many things that are not good there. Even if you take the White paper, it disagreed in the main with about one-third of Oronsaye’s recommendation, about 40 per cent of the recommendation and another 20 – 25 per cent of the recommendation.
“The white paper committee never supported the recommendation or said no to the recommendation they just said noted. So, there is no way one can use it for a very essential report because the white paper committee didn’t do good work. What I am telling you, in essence, is the area of reference of the Oronsaye’s committee. If our government sets up our own committee like we are doing now in, what the presidential committee on salary and wages are going to do now is to put our recommendation into that of economic sustainability committee. Luckily, the finance minister is a member and I am also a member of the Economic Sustainability Committee (ESC) So, the unions have no need to cry and shout.
“When such a thing is done it isn’t done with a view to creating job losses. Two things can happen: the first benefit to the government is that if you scrap an agency or fuse an agency with another one the running cost will be saved because people don’t think about money being given as salary and wages, no; you also talk about the running cost of the agency which is sometimes 50 – 50 with the personnel cost. So if you remove that running cost the recurrent expenditure would have gone down too.
” If you have staff, you have two directors of finance and two directors of this and that, you can move staff from those agencies and go to ministers where there is need for such officers and redeploy them. For example, we created a new ministry of humanitarian affairs, disaster management and social development and most of the staff in this new ministry were sources from so many other ministries and agencies of government.
“So this is the kind of scenario that will play out when you have this merger and fusion.”
With regard to fears being expressed by labour unions over the possible loss of jobs in the federal establishments following the implementation of the report of the committee, Ngige said though job loss was not intended, the mechanism would be in place in such a way that there would be no pain.
“So, the loss of jobs wouldn’t be on the front burner, but even if there must be loss of job it will be done in a way that the redundancy law of the country, which is in the trade union act will be applied because people will have to see why they all have to go and some will be offer the opportunity to go away from the job and take upfront benefits like payment of salaries up till the day they go and stuffs like that. The mechanism will be done in such a way that there would be no pain. The unions and workers have nothing to fear,” he said.
Related Topics: