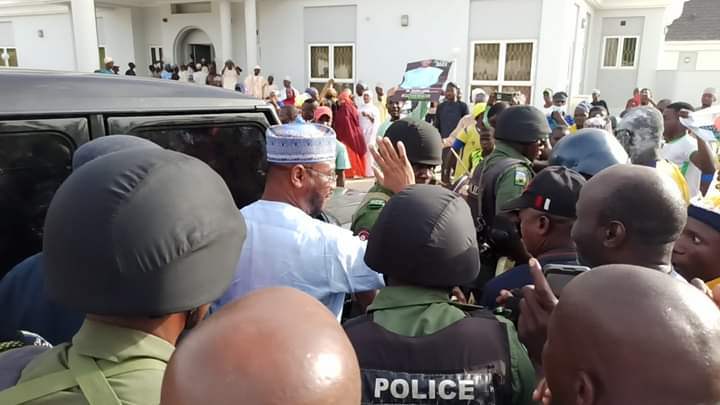 One of the gubernatorial aspirants in Zamfara Dauda Lawal (Gamjin Gusau) has received a warmed welcome by hundreds of party supporters as he arrived in his country home for the continuation of Id-el Fitr celebration.

His reception followed his returned from the holy land on Wednesday where he performed his Umrah lesser Hajj.

The politician spent hours from Yankara Zamfara border town with Katsina receiving supporters and well-wishers who mobilized to welcome him from his trip to the holy land. 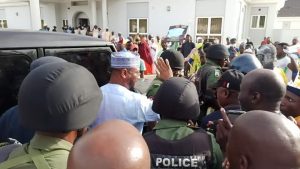 His first point of call on arrival at Gusau was meeting with the elders’ committee of their political movement before he begins to receive other political associates who trooped enmarss to pay him Sallah homage at his GRA Gusau private residence. 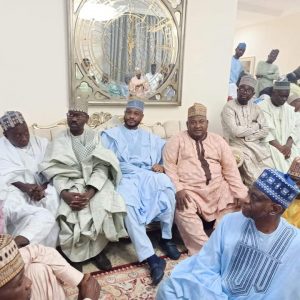 Addressing the elders, Dr. Dauda Lawal Dare reminded them of the task ahead and the need for them to restrategize in order for their movement to emerge victorious in the forth-coming 2023 elections.

He also reminded them on the need for them to have the fear of God in mind and also do justice to all other supporters that are keen to the success of the political movement.

He thanked them for the Sallah homage and assured them that, he will do his part to ensure that the movement is empowered to do the right thing at all time. 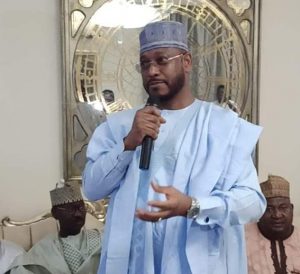 Speaking on behalf of the elders’ forum Musa Zubairu Nasarawar Mai Layi who stood in for the Chairman Alh Ibrahim Nabature said, they were at the residence of Gamjin Gusau to pay him a Sallah homage and also thanked him for the support he has been rendering to the progress of the movement.

They assured him that, the forum is solidly behind the success of Yari and the political movement he is leading.