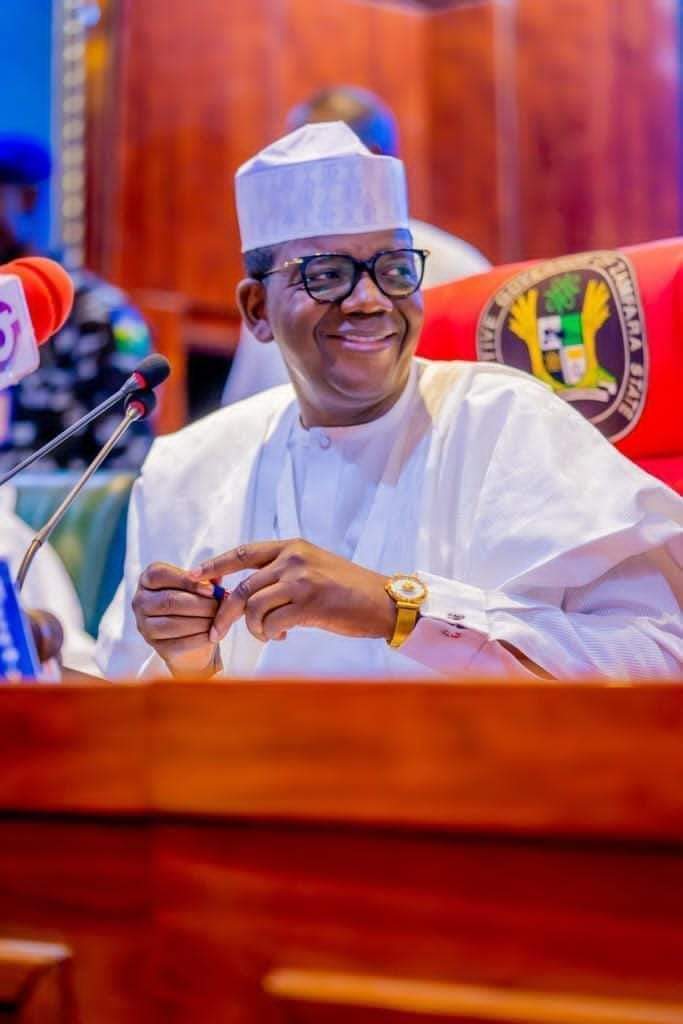 Governor Bello Matawalle has been conferred with the new traditional title of Turakin Borgu by the Emir of Borgu Mai Borgu Barrister Muhammad Halliru.

The news of the appointment was conveyed to the Governor in a letter delivered to him by the Secretary to the Emirate of Borgu Barr. Abubakar Sadiq Jibril the (Majadadi of Sarkin Borgu) who was equally accompanied by Mr. Mike Nwaede the Personal Assistant to the Emir. 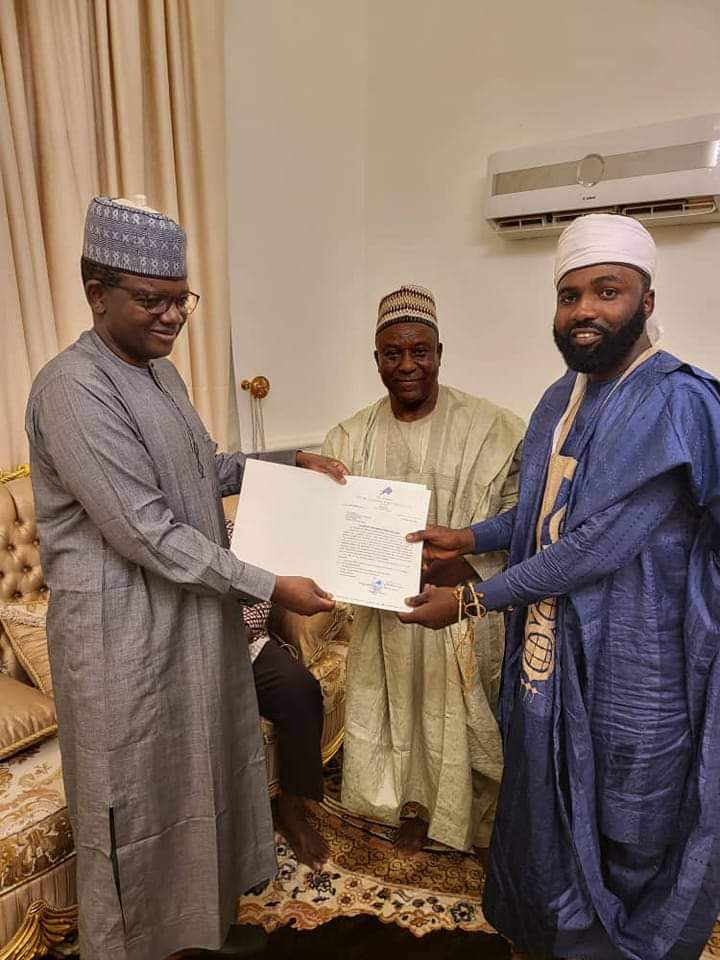 Mr Mike, who spoke on behalf of the Emirate Council, said the Emir asked them to inform the Governor that the decision to offer him this honour was informed by his excellent drive towards peace, not only in Zamfara state, but the Country by extension.

He said that in addition, the open and genuine friendship exhibited by the Governor towards the Emirate of Borgu endeared him to the Council and hence, the decision to draw him closer to the Borgu people became highly imperative.

According to Malam Zailani Bappa the spokesperson of the Governor Bello Mohammed, he said the Governor thanked the Emir and his Council for finding him worthy of the title.

According to Bappa, the Governor said that he has always seen himself as part of the Borgu Emirate, recalling that the late Emir was like a father to him.

“The late Emir was like a father to me, he was also instrumental in my success in political decisions in the past, so when I became Governor, he was among the first people to come to Zamfara and congratulate me”, the Governor noted.

“I wholeheartedly accept this offer, and please inform the Emir that we shall soon come and pay homage and properly express our appreciation to this important honor done to us”.

TRADITIONAL RULER THE MAYANA OF GUSAU IS DEAD 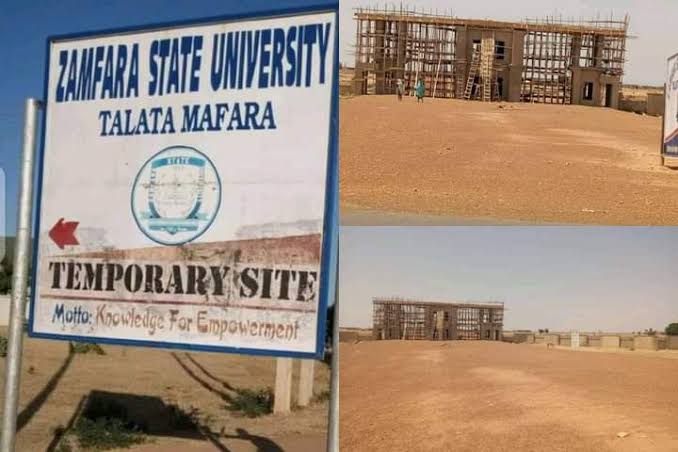 The visit was informed by the passion the state government has to assess the existing conditions of the tertiary institutions in the state and identified areas that require urgent government intervention.

At the state university, the Registrar toured the delegation round the hostel edifice, administration block and lecture theaters at the temporary site of the institution.

He also took the delegation to assess the 2.5 kilometer green wall plantation initiated by the University.

The delegation also inspected the completed building of geology department, as well as the ICT building and University Clinic that are at the 90% level of completion.

The Registrar used the opportunity of the visit to appeal to the state government to hasten the deployment of academic and non-academic staff recently employed so that academic activities could continue uninterrupted.

The Head of Service commended the management of the two institutions for their hospitality and assured them of the commitment of the Matawalle administration in ensuring that academic activities are strengthened in their respective institutions.

He specifically told the management of the state University that, the Governor has already directed his office to liaise with the Ministry for Higher Education and other stakeholders to validate the recent recruitment exercise made so that staff that are cleared can move to continue with their work.

He also applauded the staff and students of Abdu Gusau Polytechnic for the massive turn-out for academic activities and encourage the management to enhance the working environment. 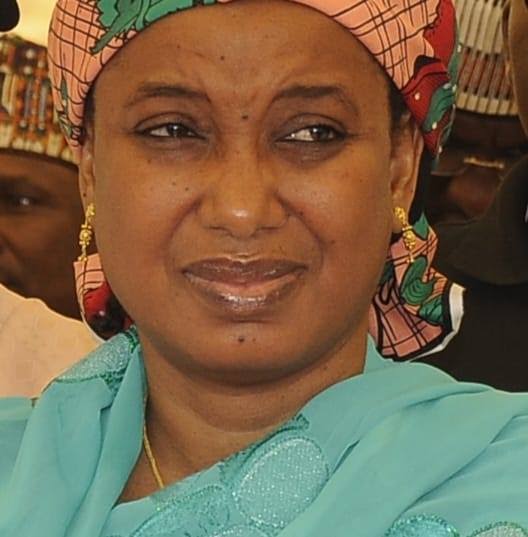 The APC governorship candidate for Adamawa Send Aisha Binani has described her victory at the Court of Appeal on Thursday as victory for Democracy.

Binani in a statement personally signed by her, she has dedicated the victory to the God almighty.

She also commended her supporters who sustained resilience after the October 14th judgement which quashed her victory as the APC gubernatorial candidate.

“Let me assure you that my commitment to our party, the APC remains unshakable. The party stood firmly on the same page with me during the trial at the Court of Appeal”.

“I know how much the people of Adamawa, men and women, young and old of different faiths in an unprecedented manner stood by me. Indeed, I am humbled by the solidarity of women and many women groups across the entire Country. This puts a huge burden on me to deliver, and I am prepared for it”.

“At this point, I very sincerely extend a hand of fellowship to my elder brother, Mallam Nuhu Ribadu and all those who genuinely felt aggrieved over the past events. They exercised their democratic rights as individuals to seek redress within the confines of the Law”.

“But today the courts have spoken, our party now has a genuine candidate. Let us rally round and deliver our party for the benefit of Adamawa people. I am willing and ready to work with all for our party”. 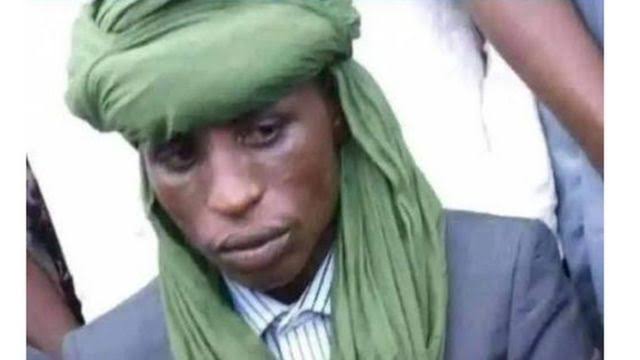 Residents of Zurmi local government area of Zamfara State are still living in palpable fear as the forty eight hours dateline issued to them by the bandit leader Bello Turji is elapsing midnight.

A resident of the area who spoke to exclusive to this medium said five out of the seven elders of the Moriki community who took the risk of taking 50% of the ransom to the bandit’s camp were abducted.

He narrated that a popular Zamfara bandit leader Bello Turji last week enforce a levy of N20M naira on the people of Moriki community.

He noted that even with the economic hardship the residents of the community were able to contribute a total of N10.5M and decided to deliver the money raised as as advanced pending when the remaining money were raised.

He told this medium that seven people were selected within the community for them to deliver the ransom but five were abducted by the bandit leader Bello demonstrating his anger over the inability of the community people to raise the complete money requested.

He noted that the two elders were asked to come and briefed the community on the need for them to raise the remaining balance of N9.5M within 24 hours.

He said the people of the area are working harder to ensure that the balance of money is raised within the time frame.

He said, so far people of the area who are opportune to leave had already deserted their homes in search of safer places.