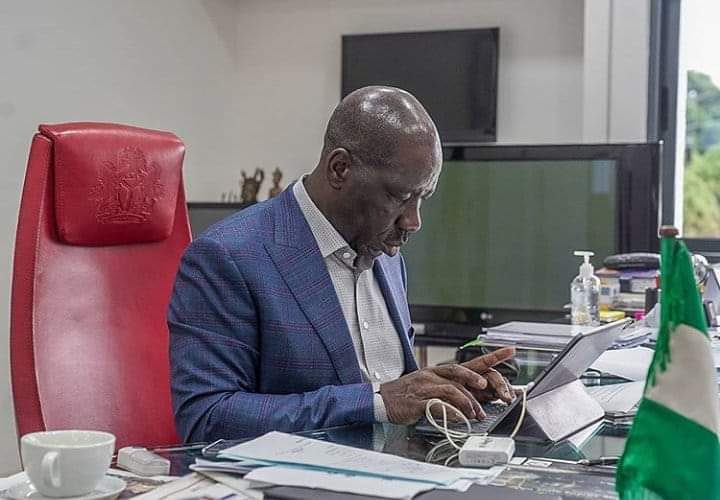 Edo state governor, Godwin Obaseki has threatened to quarantine anybody that steps into Edo State for APC Gubernatorial Primary Election irrespective of the person’s position.
He stated this in Benin-city, Edo state capital where he declared that, there is no inter state movement and as such, everyone is expected to stay in his or her base.
Gov. Obaseki also advised Adams Oshomhole who is a former governor of the state and current National Chairman of APC to stay in Abuja to avoid being quarantined when he eventually enters the state.
He observed that, there is also ban of not more than 20 persons per gathering therefore, APC should addhere to this in respect to their planned primaries and subsequent campaigns.
However, our reporter contacted the All Progressive Congress headquarters in Abuja and a source confided in him that the party is not unaware of the governor’s threat and will decide on the next line of action as soon as possible.
The source also hinted our reporter on the possibility of a party moving its primary to Abuja and the decision that may be illegal and unconstitutional as far as APC constitution is concerned owing to the fact that the issue in Edo state is not security matter.
Related Topics: